Where has the rain gone in Sydney? 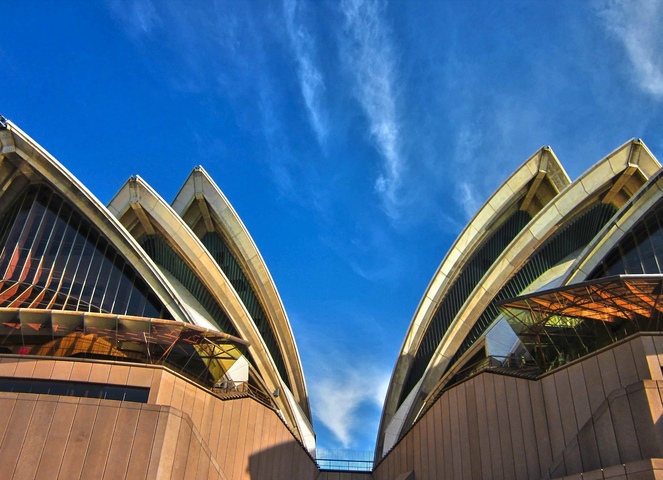 At the end of May, Sydney was having its wettest year-to-date on record. Now, the city is having one of its driest Junes in decades. So, what happened to all the rain?

Several broad-scale climate drivers and weather patterns combined to cause prolific rain in Sydney during the first five months of 2022:

These features all worked together to produce the wettest January to May period on record for parts of eastern and northeastern NSW, including Sydney. 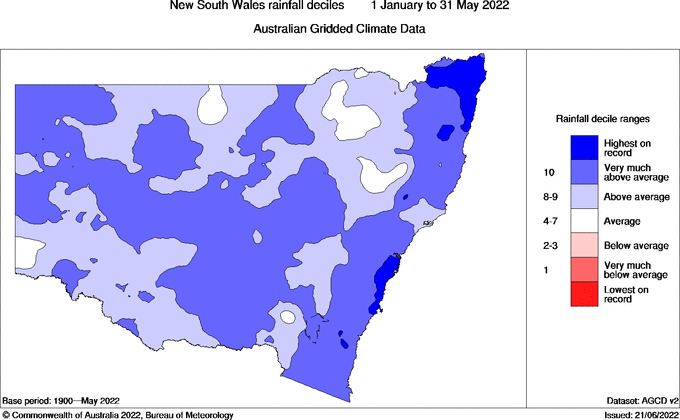 Image: Observed rainfall deciles between January and May in 2022. The darkest blue shading shows areas that saw record-high rainfall during this period. Source: Bureau of Meteorology.

However, the rain has effectively stopped falling for many parts of the state this month. Most of NSW has received less than half of the average June rainfall so far this month. Many areas in the state’s east and northwest are currently setting below 20 percent of their monthly averages.

So, what happened to all the rain?

La Niña has been gradually weakening over the last several weeks and was declared over by the Bureau of Meteorology on Tuesday, June 21. The SAM also switched into a negative phase in early June, a phase that typically enhances westerly winds over NSW and causes drier weather on the eastern side of the Great Dividing Range.

As a result of this phase change in both La Niña and the SAM, rainfall has switched off over parts of NSW this month.

This dry weather looks set to continue for much of the state during the rest of this week and into the first half of next week, aside from some showers in the state’s south with passing cold fronts.

However, looking further ahead, some long-range forecast models suggest that La Niña may return later this year and we are also likely to see a negative Indian Ocean Dipole event later this winter and spring. This increases the likelihood of above average rain in NSW during the coming months, so best to enjoy the drier weather while it’s here.