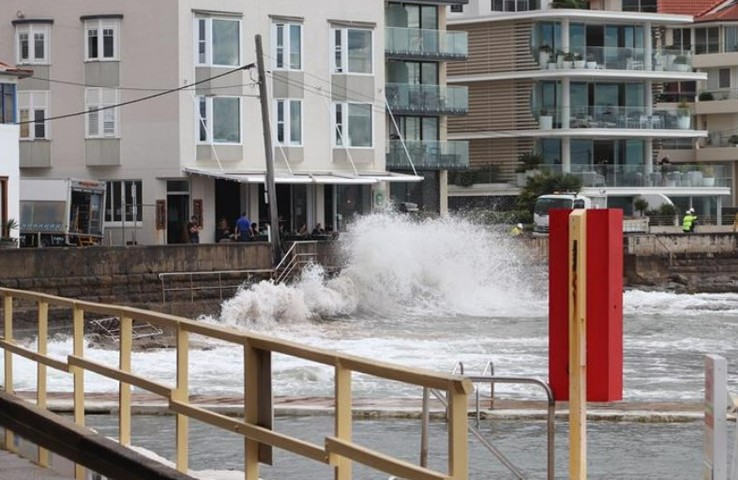 The sand on Sydney beaches was completely inundated as huge waves smashed against sea walls and even surged onshore to nearby parkland on a wild Saturday along Sydney's coastal fringe.

The effect of the swells on the coastline was exacerbated by wind gusts up to 50 km/h and a morning high tide which peaked just before 10 am in Sydney.

Onlookers and their dogs were literally knocked over in the exclusive suburb of Bronte as waves jumped the barrier between the beach and the park.

It's like people can see the unprecedented tragedy approaching, yet don't take action to avoid it, in the hope it won't impact them... (Bronte Beach, April 2, 2022) Spoiler: it does pic.twitter.com/Dk1B1IsF48

Meanwhile, waves rushed up onto Bondi's famous seaside promenade, as asea walls were damaged and coastal erosion occurred in many locations.

The dramatic scenes are because of the deep Tasman low pressure system which we've written about here and here.

The low caused swells which were measured in excess of 10 metres, causing boats to be torn from their moorings and beaches to close. Many beaches remain closed on Sunday, although a few – including Bondi – have reopened.

Interestingly, though the low was positioned to the east of the NSW coast in the Tasman Sea, winds swung offshore (meaning they had a westerly component) from the early hours of Saturday. That meant that the huge swells were surprisingly clean at times, creating ideal conditions for those surfers brave enough to tackle the monster swells. 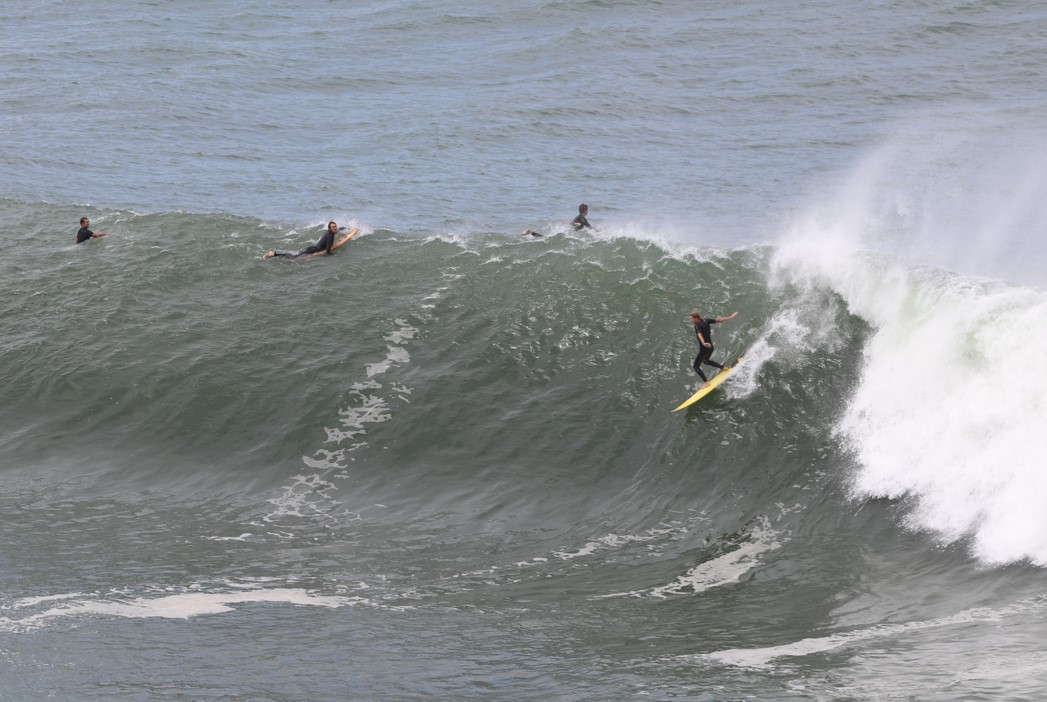 Image: Why is it never like this when they have pro surfing events at Manly? Source: Felix Levesque.

A Hazardous Surf Warning was in place at the time, and a new warning has been issued on Sunday morning for surf and swell conditions that are expected to be hazardous for coastal activities such as rock fishing, boating, and swimming along the entire NSW coast.

Conditions are expected to moderate in coming days, and Sydney is in for much-needed sunshine, as we told you yesterday.