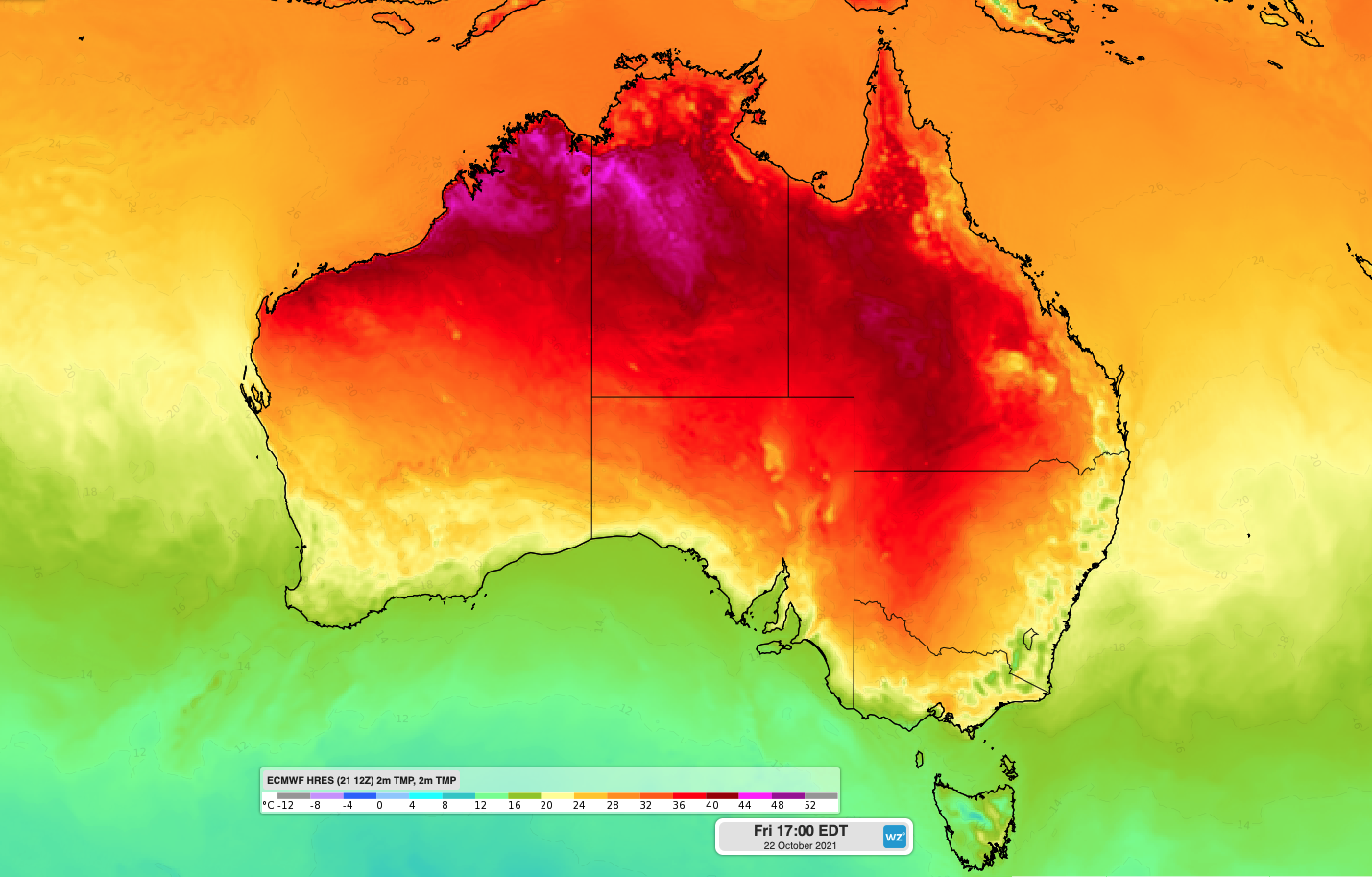 Yesterday was exceptionally hot in northern Australia, with a weather station in WA registering the Southern Hemisphere's first 45ºC of the season.

A stagnant pool of hot air has been sitting over parts of the NT, QLD and northern WA this week, causing a Severe to Extreme heatwave in parts of each state and territory. Image: Forecast surface temperature on Friday afternoon, according to the ECMWF-HRES model.

On Wednesday morning, Darwin registered its highest October minimum temperature (29.0ºC) in 137 years of records. This was followed by minimums of 28.9ºC on Thursday and 28.8ºC on Friday, making it Darwin's hottest trio of mornings on record outside the wet season.

Then on Thursday, temperatures in some areas soared to levels never before seen during October.

According to Maximiliano Herrera, a climatologist who monitors global temperature extremes, this was also the Southern Hemisphere's first 45°C so far this season.

WA's Kununurra also broke its October record on Thursday afternoon, reaching a top of 44.0ºC to oust the previous record of 43.9ºC from 2002.

Over the border in the NT, a weather station at Victoria River Downs reached 44.9ºC on Thursday afternoon. This was the site's highest October temperature on record for the second day in a row. It was also the second highest temperature ever reliably recorded in the NT during October.

The heatwave will gradually break down over much of northern Australia in the coming days, as cooler air, showers and thunderstorms push in from the northeast.