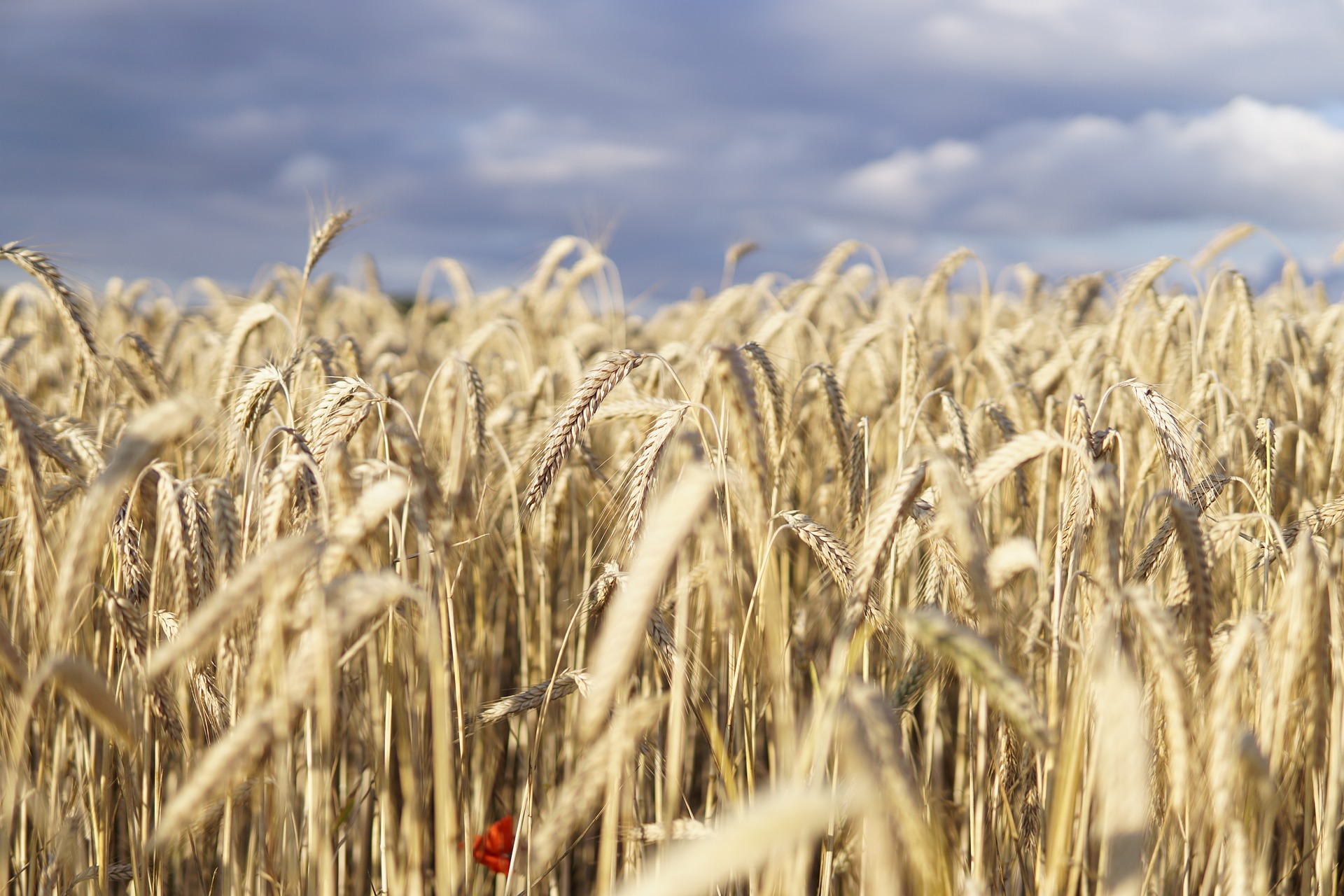 Australia's farmers are expected to post a record-breaking $78 billion agricultural production value in 2021-22, thanks in part to the first back-to-back La Nina events in a decade.

Despite flooding rain delaying harvests and destroying some crops in parts of eastern Australia last month, the Australian Bureau of Agriculture and Resource Economics and Sciences (ABARES) is predicting Australia's gross value of agricultural production to reach $78 billion in 2021/22.

This historic production value has been caused by a combination of factors:

This year's La Niña, the second to be declared in as many years, was one of the reasons Australia experienced such good growing conditions in recent months.

The map below shows that virtually all of Australia has been free of any significant rainfall deficiencies during the two-year period ending in November 2021. 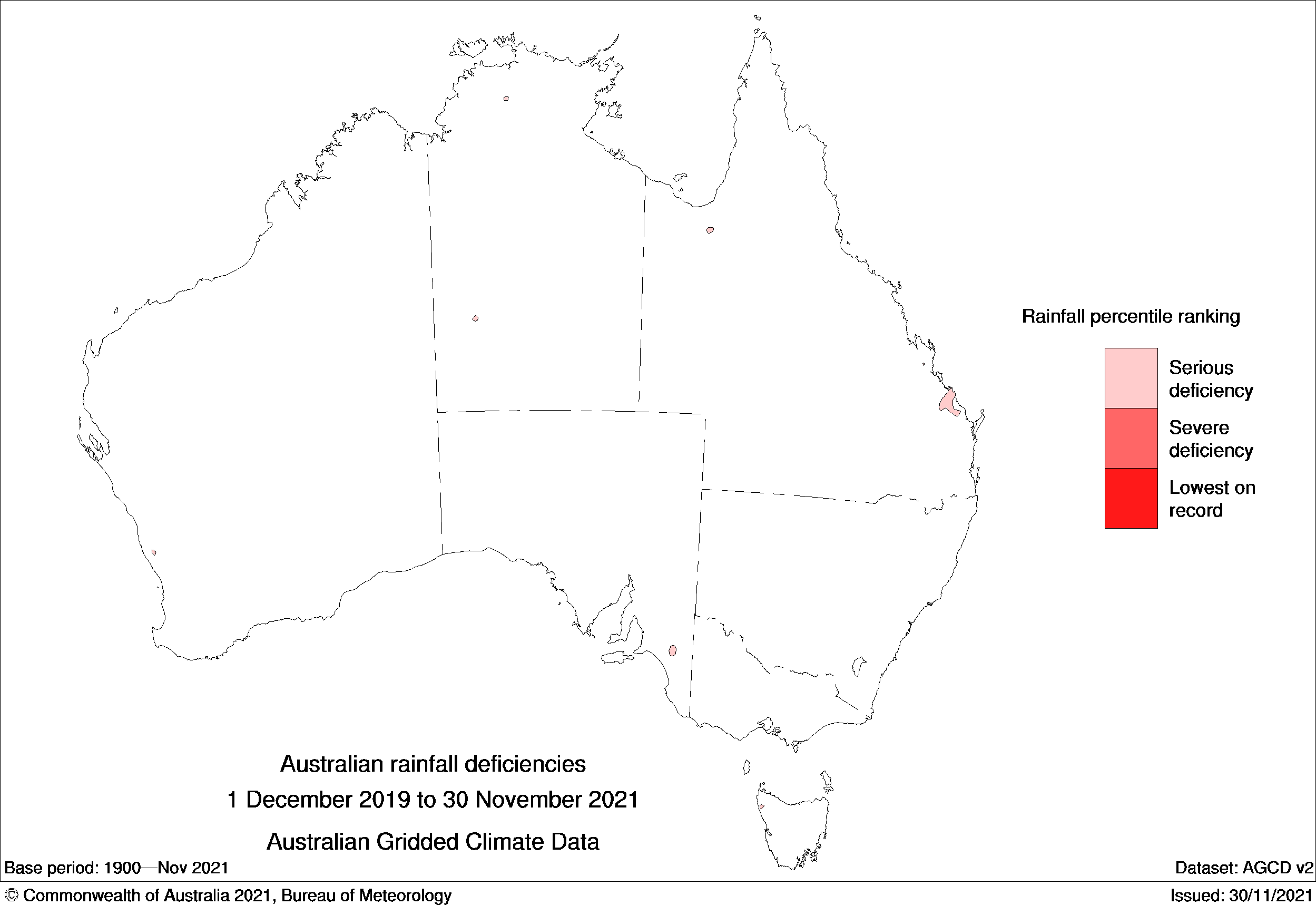 Image: Observed rainfall deficiencies during the 24-month period from December 2019 to November 2021. Source: Bureau of Meteorology.

This was a noticeable contrast to the same two-year periods ending in November 2020 and 2019. 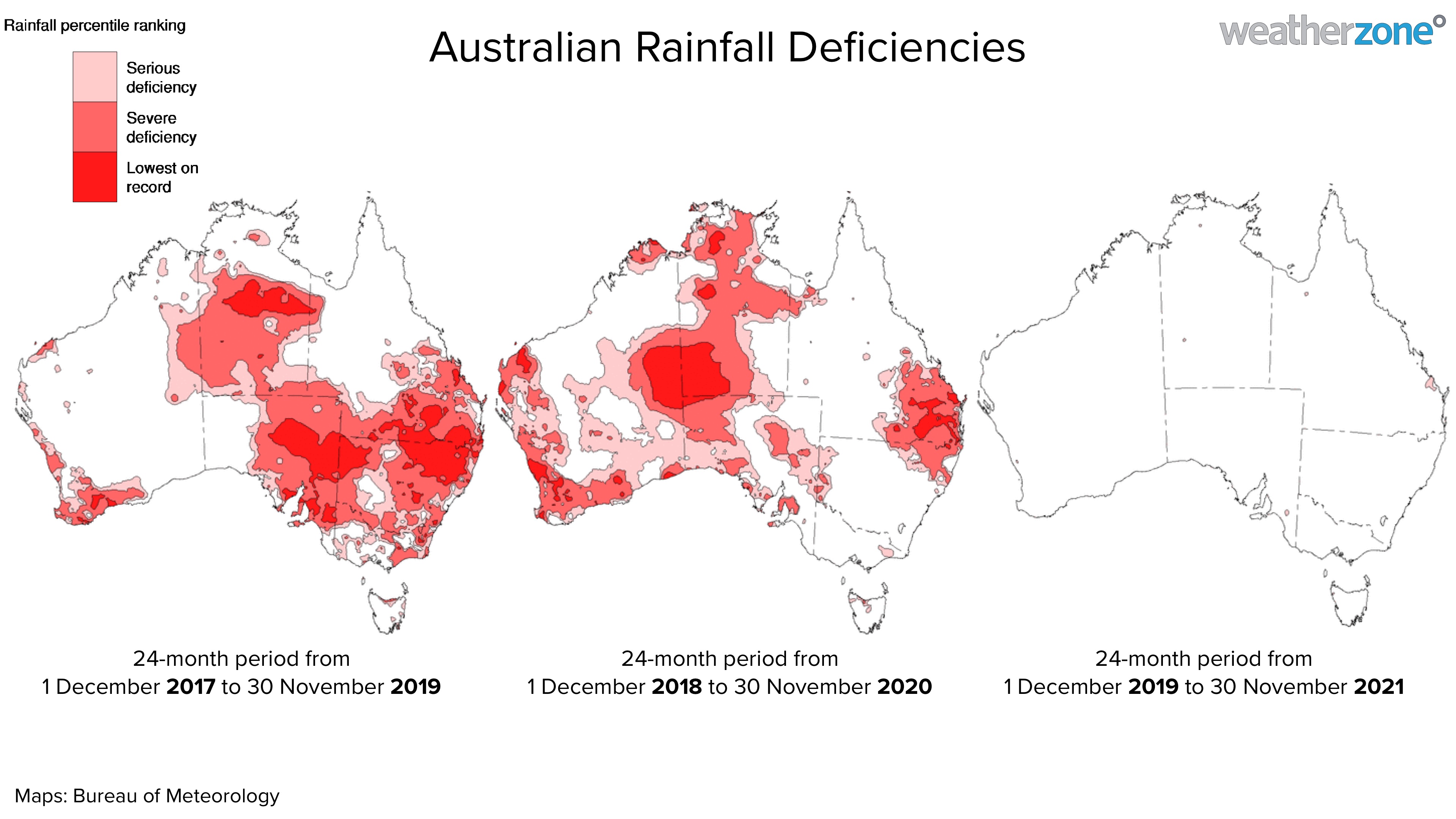 The red shading on the maps above shows where rainfall was in the:

The ABARES forecast does consider the flooding rain that hit parts of eastern Australia last month, during the country's wettest November on record.

While this flooding will delay harvests, cause isolated crop losses and reduce grain quality, the ABARES says that "it is unlikely to reduce national harvest tonnage significantly."