La Niña is officially underway in the Pacific Ocean and Australia is already feeling its impacts.

On Tuesday, November 23, the Bureau of Meteorology declared that La Niña is here. This is now the first back-to-back La Niña in a decade, following the two consecutive La Niña events that occurred between 2010 and 2012.

Tuesday's declaration comes as the ocean and atmosphere in the equatorial Pacific Ocean are now in a clear La Niña pattern, and are likely to stay this way for the rest of the year. 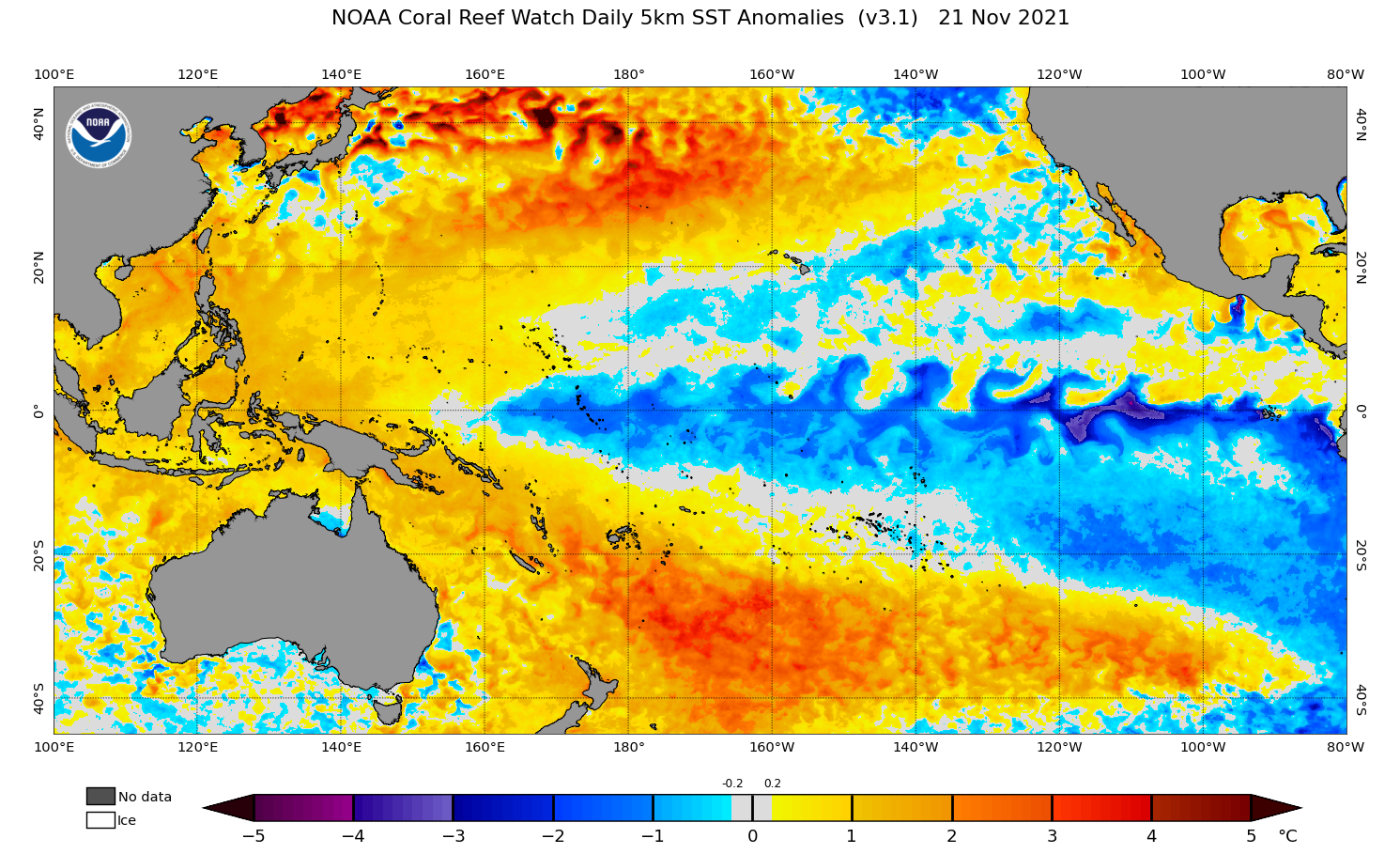 What is La Niña?

La Niña is a broad-scale circulation in the Pacific Ocean that is characterised by warmer-than-average sea surface temperatures near Australia and abnormally cool water in the central and eastern equatorial Pacific Ocean.

The temperature contrast that develops across the Pacific Ocean during La Nina strengthens the trade winds over the western Pacific, causing more moisture-laden air to flow towards Australia. 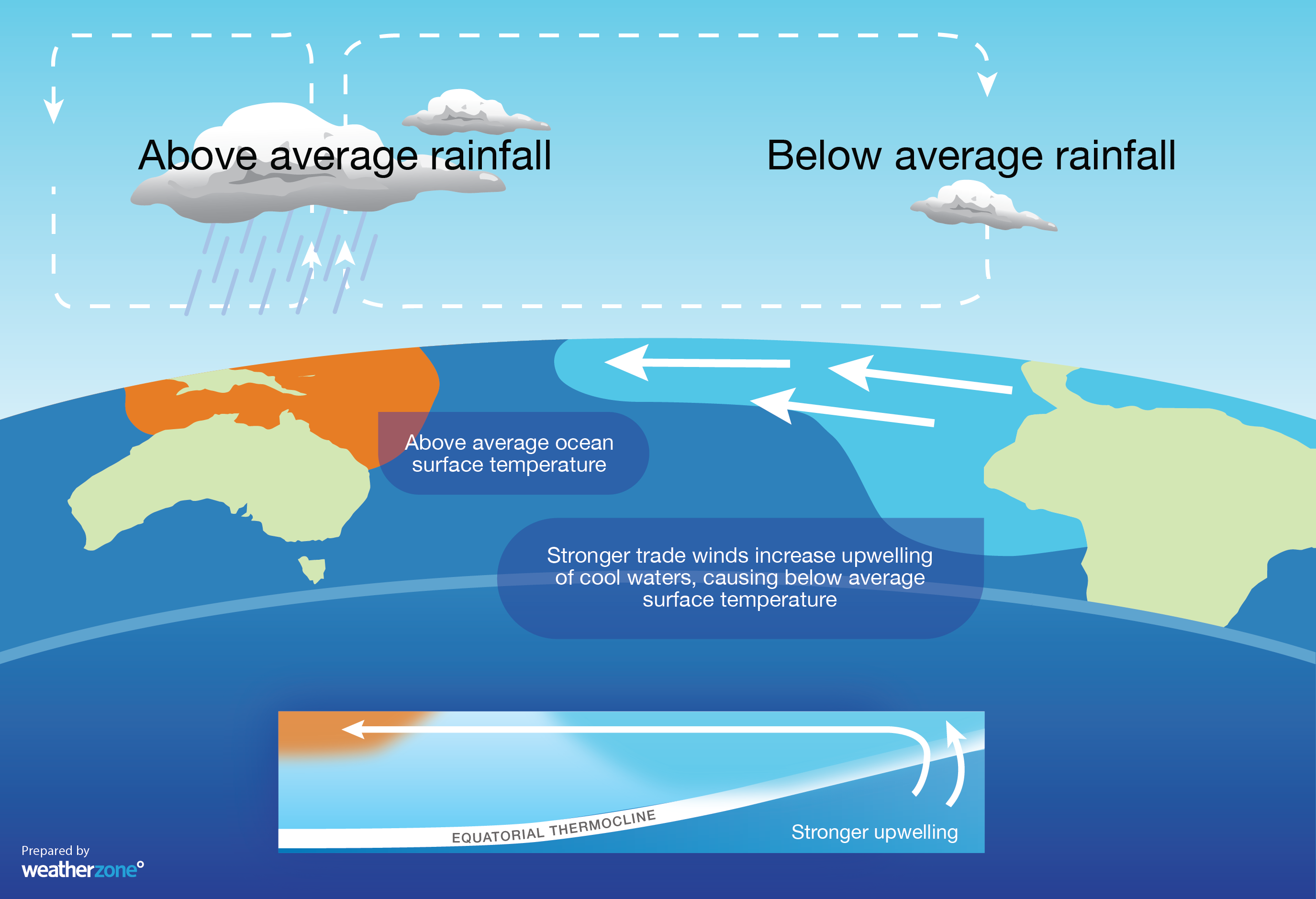 La Niña is known as a coupled ocean-atmosphere phenomenon, which means that once it is underway, the ocean and atmosphere reinforce each other. As a result, and unlike some other climate drivers that affect Australia, it can persist across several seasons.

How will it impact Australia?

The warm oceans and humid atmosphere that are associated with La Niña typically drive above average rainfall and cloud cover across much of Australia during summer.

La Niña also increases the likelihood of an earlier-than-usual start to the cyclone season. This helps explain why Tropical Cyclone Paddy became the first named cyclone of the 2021/22 season, a few weeks earlier than average.

Australia's northern wet season is likely to begin earlier than usual this year, thanks to La Niña, with wetter than average conditions expected for the season as a whole for the second year in a row.

During La Niña years, the Southern Annular Mode (SAM) usually remains in a predominantly positive phase. This typically promotes rainfall in eastern Australia, while reducing the frequency of strong wind and thunderstorm events in the south and east. 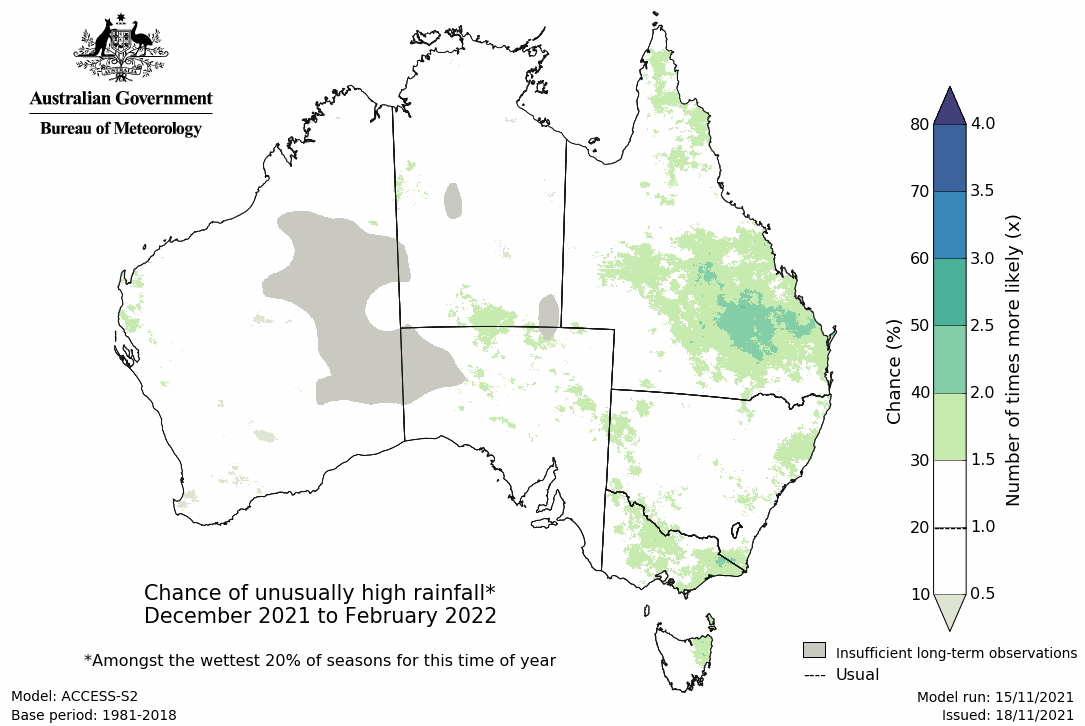 Image: Likelihood that rainfall between December 2021 and February 2022 will rank among the top 20 percent wettest summers in historical records. Source: Bureau of Meteorology.

Australia is already feeling the impacts of La Niña, with widespread rain and thunderstorms across the country over the last week and more on the way during the next several days.

The rain that's soaking Australia this week is a classic footprint of La Niña and the type of weather that's likely to feature more regularly this summer.