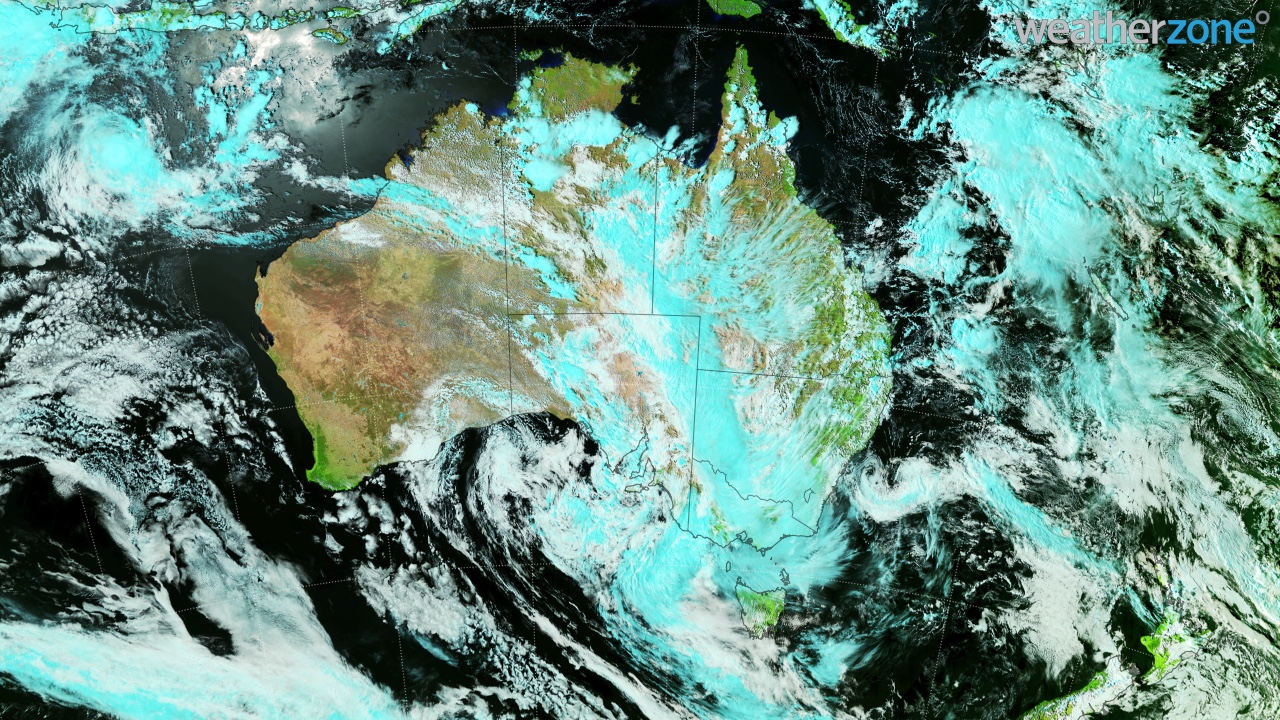 November has been relentlessly wet across a broad area of central and eastern Australia and another outbreak of rain and thunderstorms will affect the eastern half of the country this week.

This will come hot on the heels of Tuesday's declaration by the Bureau of Meteorology of a second La Niña event in as many summers.

Let's take a look at three of the factors behind this week's wet weather.

The first is atmospheric moisture left behind by the system that crossed northern NSW and southern QLD over the weekend. Winds circulating around this weak low brought plenty of Coral Sea moisture over eastern parts of the country but there was no strong cold front following to clear the humid air mass to the east with its passage. 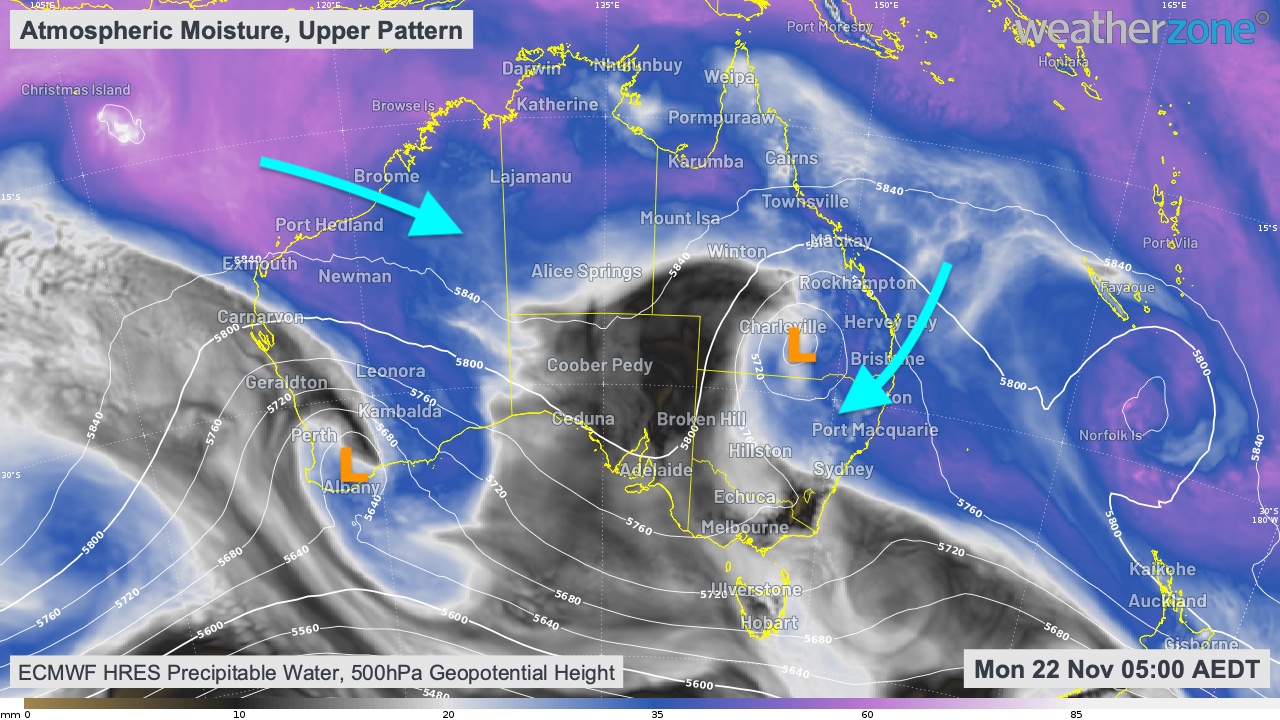 The second factor is humid tropical air that's streaming across Australia from the Indian Ocean, where Tropical Cyclone Paddy was named on Monday. This tropical air will supplement the abundant moisture that's already in place over eastern Australia. 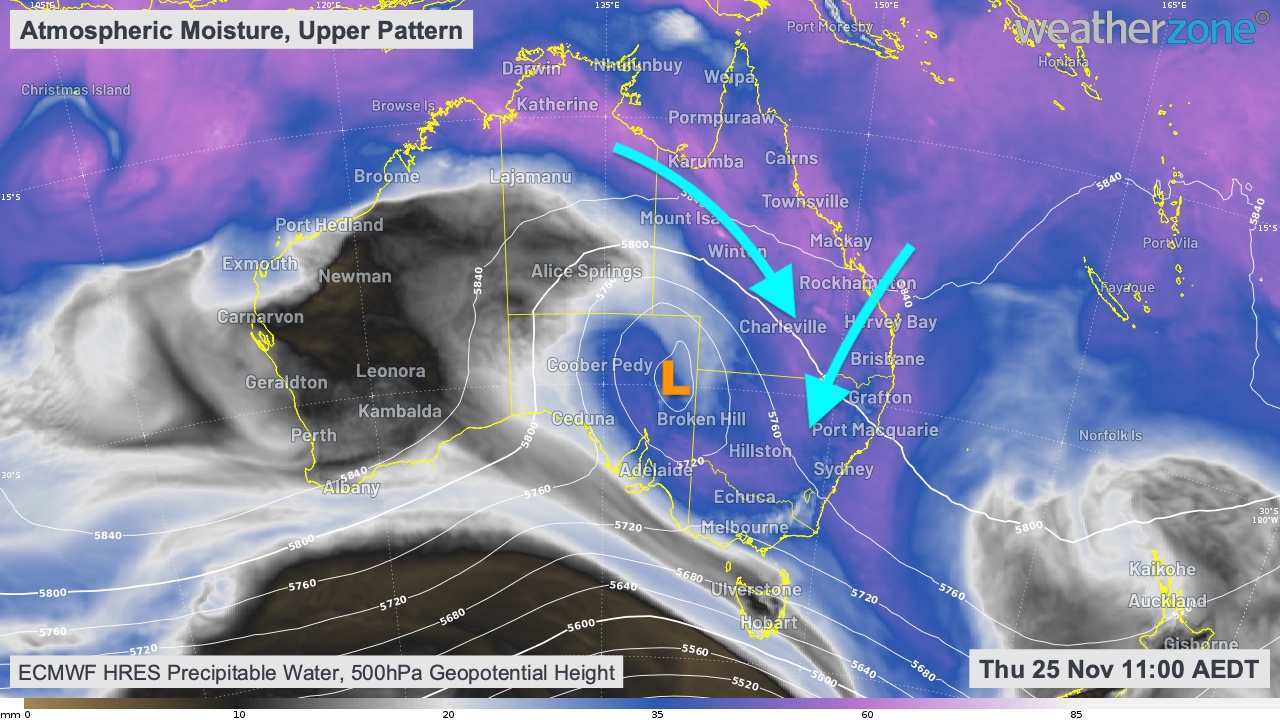 Image: Atmospheric moisture is concentrated over eastern Australia by a low pressure system.

Finally, there's another low pressure system spinning up over the Great Australian Bight. This will serve both to concentrate the moisture over eastern Australia and to destabilise the atmosphere. This destabilisation, brought about by cool upper air associated with the low, is what converts the moisture into cloud, rain and thunderstorms.

Severe thunderstorms and flooding are a risk for many areas during the coming days so it's advisable to stay up to date with forecasts and weather warnings.