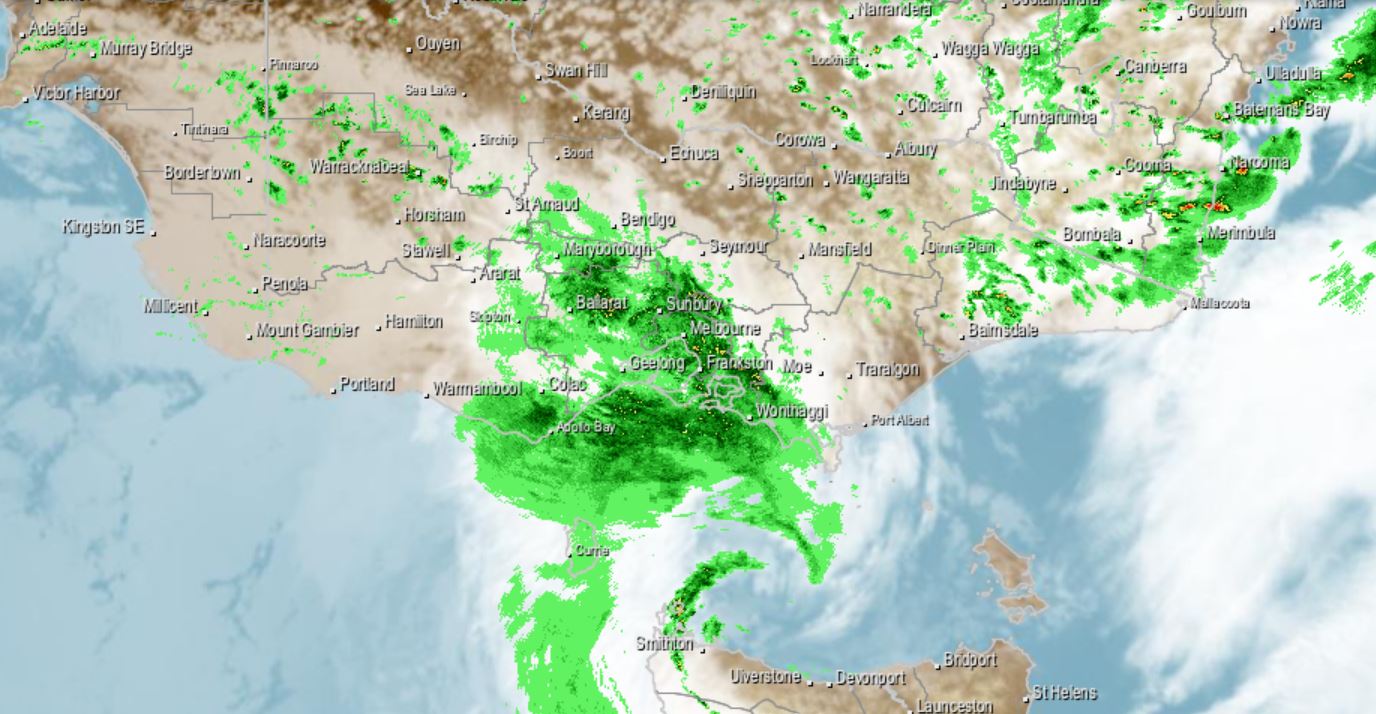 Cool, wintry conditions have returned to much of southeastern Australia on Friday afternoon, with a rainband crossing Melbourne, showers across much of Vic and NSW, and even snow in the High Country of NSW and Victoria.

It's all thanks to a broad area of low pressure covering eastern SA, NSW, Vic and Tas.

There are actually several small low pressure systems within the overall system. These small lows are known as "mesoscale lows", and are actually rotating around one another. You can see their location indicated on the image below. "The low over Bass Strait is the most impactful as it tightens the pressure gradient to the west, as well as lifting the moisture that has wrapped right around it. It's the one generating the rain over Victoria right now," Weatherzone Director of Meteorology Duncan Tippins explains.

Here's a selection of some of the cool temperatures this Friday: Image: There's a pretty decent chance of these early Friday flakes turning into a good spring snowfall with 10 centimetres or more on the ground by Saturday afternoon. Source: ski.com.au.

Meanwhile, Melbourne can expect cool and showery weather with max temps in the mid teens this weekend,. Sydney can expect drier conditions with maximums in the low twenties. Canberra will also be cool and showery on Saturday, before drying out and warming up to 19°C on Sunday.

Showers will persist in inland regions of Victoria and along the NSW Southern and Central Tablelands on Saturday.

Our pick of the weekend weather? We've got to give this one to Brisbane, which is expecting dry days with tops of 28°C and 29°C respectively.