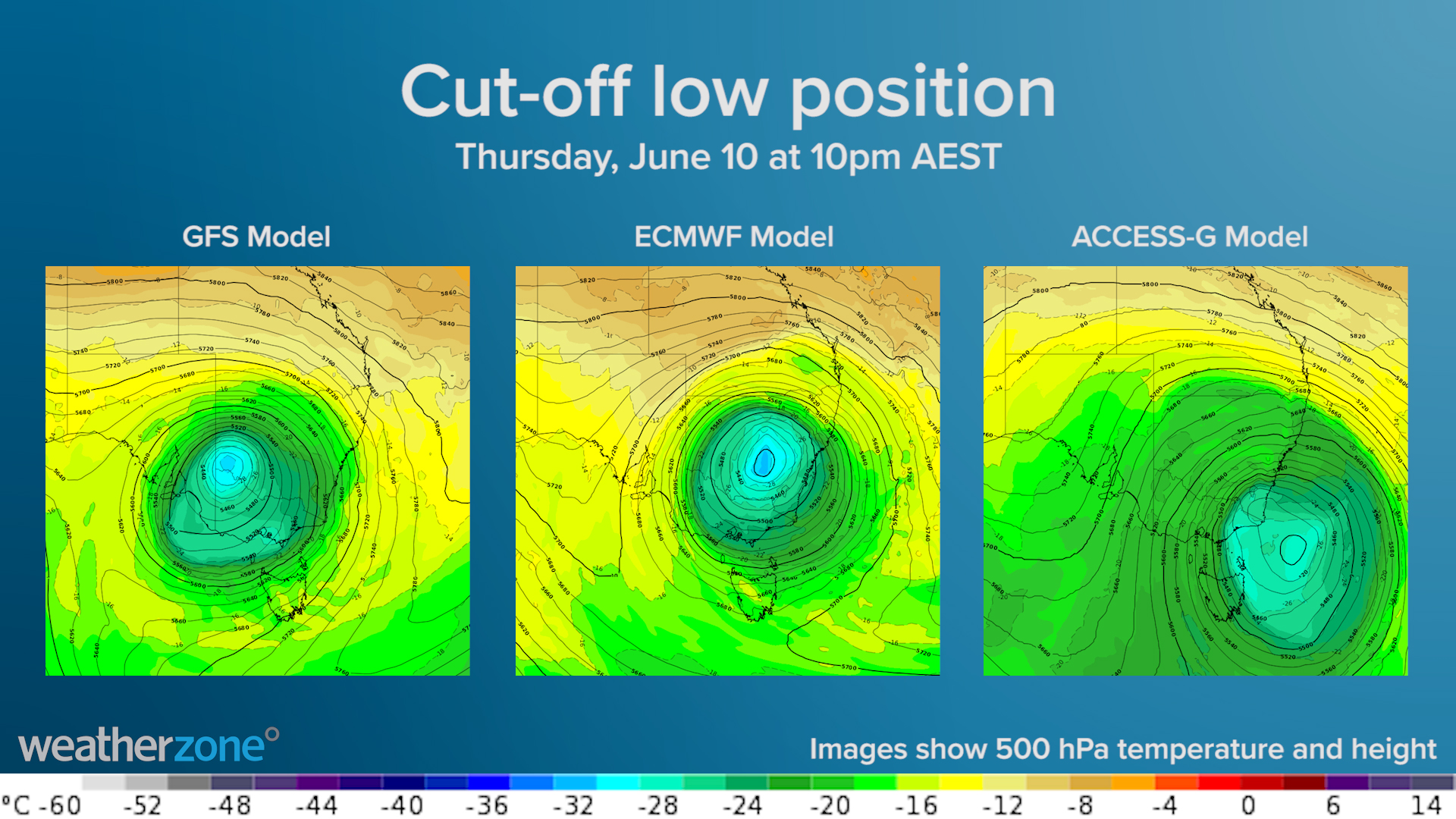 A prolonged outbreak of windy, cold, wet and stormy weather could impact eastern Australia next week.

A large upper-level cut-off low pressure system will move over southern and southeastern Australia next week, most likely between Tuesday and Friday. This simply refers to a broad, isolated pool of cold air several kilometres above the ground that has moved up towards Australia from the Southern Ocean.

The image below shows where the cut-off low is expected to be located on Thursday June 10, according to three different forecast models. While there is some disagreement between the models regarding its position and strength, they all have the smae similar broad-scale pattern that's known to produce dangerous weather in Australia.

It's too early to know exactly how the weather near the ground will respond to next week's upper-level cut-off low. However, there is enough model consensus to know that dangerous weather is likely to occur at some stage next week, probably on multiple days.

More accurate information will become available later this week and early next week, so be sure to keep a close eye on the latest forecasts and warnings in your area.

We will provide daily updates on this weather event on Weatherzone's app and website.