Welcome rain on the horizon for southeastern Australia 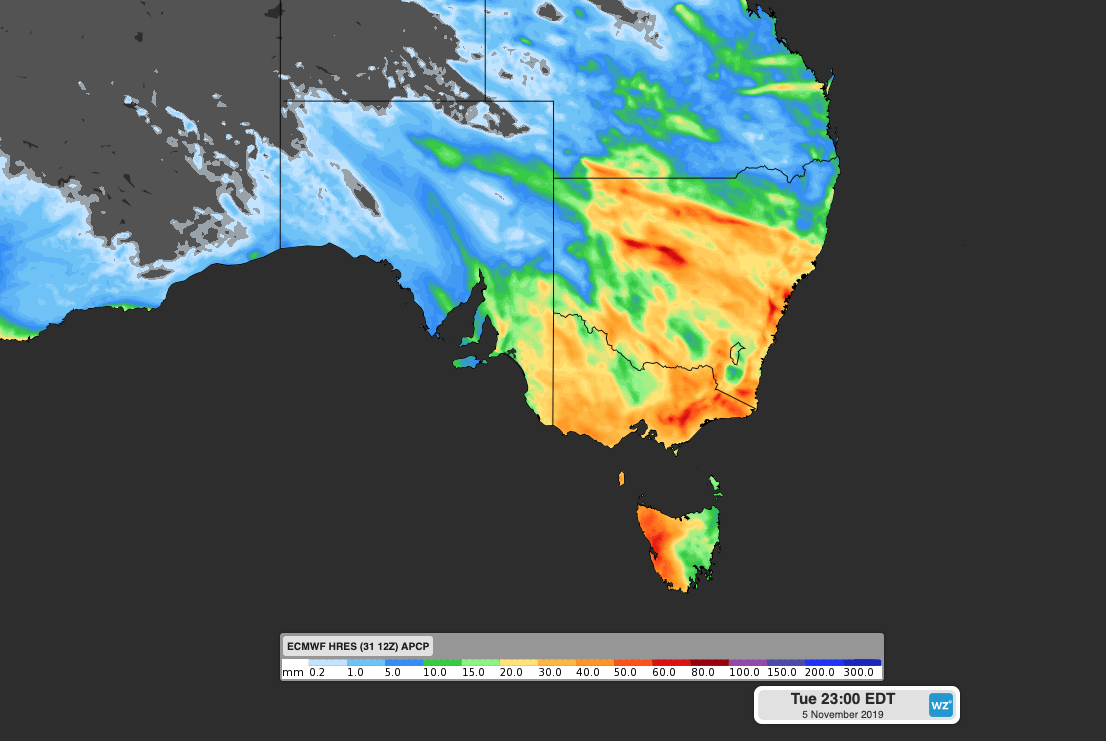 Rain and thunderstorms will spread over southern and southeastern Australia during the next five days.

A low pressure trough and cold front will trigger widespread rain and storms as it passes over South Australia, Tasmania, Victoria, NSW and southern Queensland between Friday and Tuesday.

This system is likely to bring widespread falls of 5-20mm in and around the Murray-Darling Basin, with some areas likely to see more than 50mm, particularly with thunderstorms. Image: Forecast accumulated rainfall between Friday 1st and Tuesday 5th October, according to the ECMWF-HRES model.

While this rain won't break the drought, it will bring useful falls to areas that have seen large rainfall deficiencies build up in recent months and years.

Most of the Murray-Darling Basin received less than 20 percent of its average monthly rain during October. Over the last 12 months, some northern and central parts of the basin have amassed rainfall deficiencies of 200-400mm.

Some thunderstorms could become severe during the next several days, so be sure to keep up to date with the latest warnings.