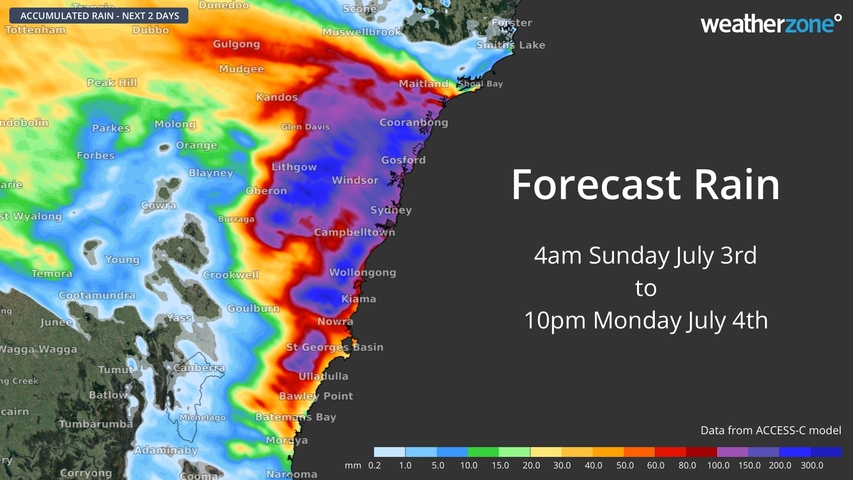 More than half a metre of rain has drenched parts of eastern NSW during the last 48 hours, with spills from Warragamba Dam prompting major flood warnings in western Sydney.

A deepening coastal trough and developing East Coast Low have driven huge amounts of rainfall onto parts of the NSW coast and adjacent ranges over the last two days.

The heaviest rain between Friday and Sunday morning fell between Sydney and the Illawarra, where two-day rainfall totals reached 300 to 600mm in some places.

Some of the highest observed rainfall totals during the 48 hours ending at 9am on Sunday included:

This immense rain has fallen into already saturated catchments, causing river to rise rapidly and dams to spill.

As of 9am on Sunday, moderate to major flood warnings were in place for the Nepean, Hawkesbury, Colo, Georges and Shoalhaven Rivers.

Water NSW reported that Warragamba Dam started spilling at 2am on Sunday, which was ahead of initial projections due to the intensity of rainfall over the last two days.

According to Water NSW, “at 7am the rate of spill was 240 gigalitres per day (GL/day), with inflow to the dam occurring at a rate of 380 GL/day.”

For perspective, the volume of Sydney Harbour is around 500 gigalitres.

These spills will combine with inflows from recent and future rainfall to cause rapid river level rises in the Nepean and Hawkesbury Rivers, where moderate to major flooding is likely from today into early next week.

Unfortunately, areas of heavy rain will continue to fall over parts the state’s central coast and ranges on Sunday and Monday, including parts of the Illawarra, Sydney and Hunter regions. 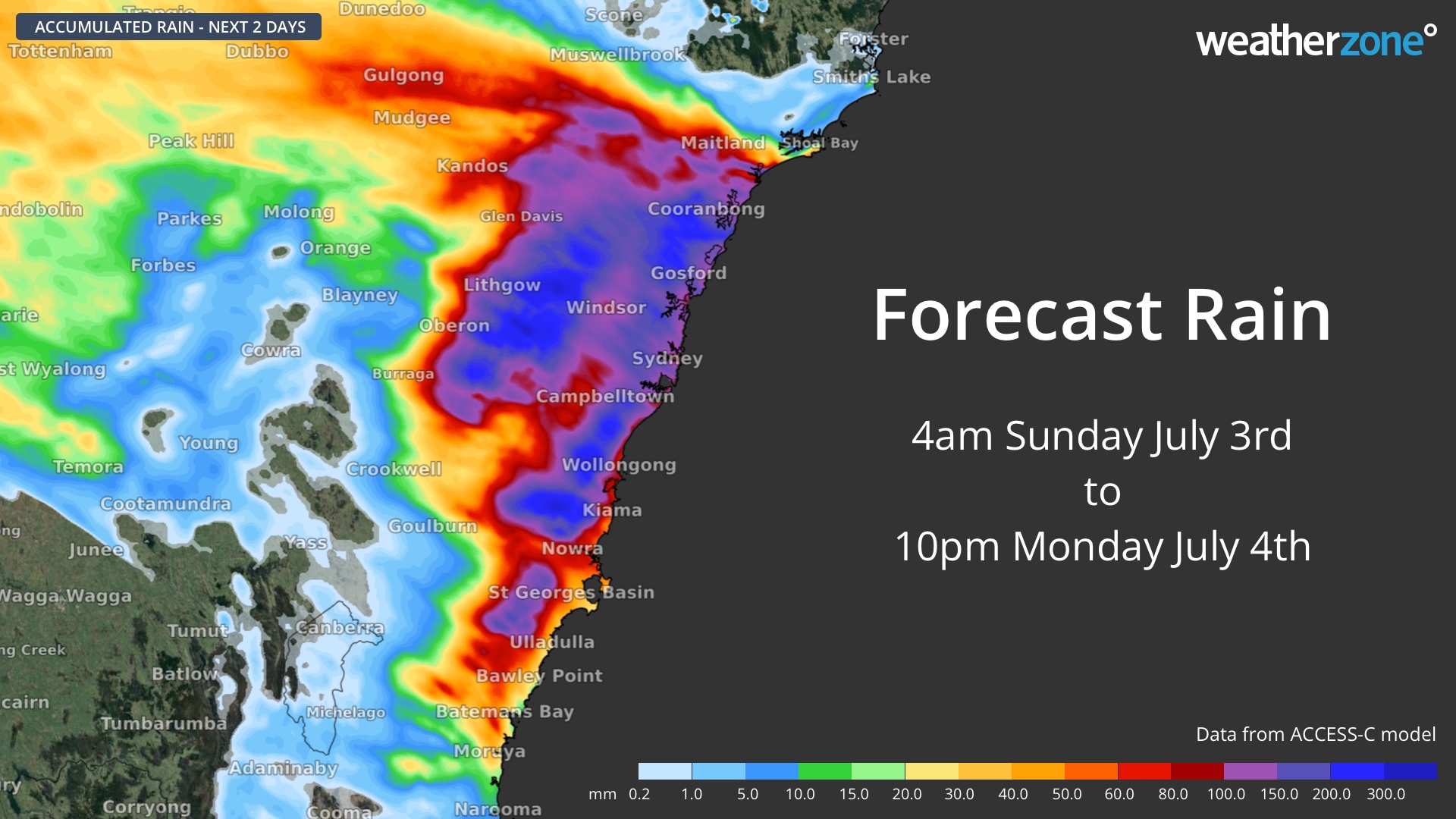 In addition to the riverine flood warnings in place for NSW, there are also severe weather warnings in effect for flash flooding from heavy rain, damaging winds, and damaging surf.

Be sure to check the latest severe weather and flood warnings regularly for the most up-to-date information on this dangerous weather event.