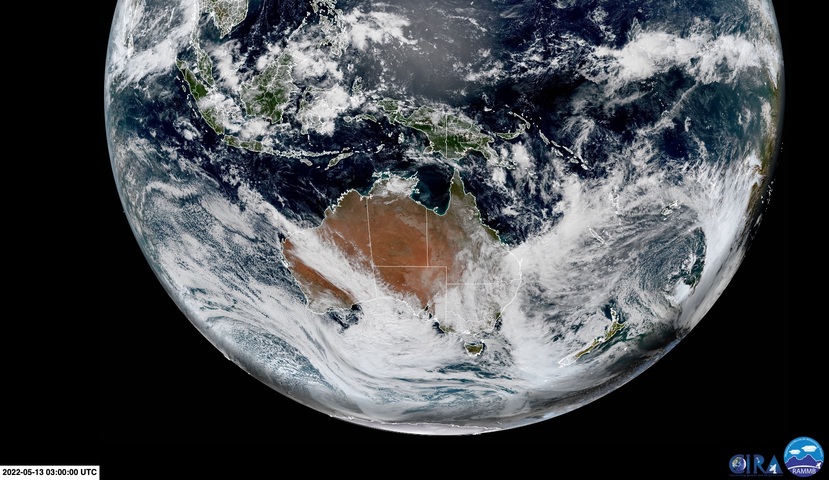 The sequence of satellite images below shows two thick bands of cloud passing over eastern and western Australia on Friday, May 13.

These cloudbands reveal the locations of two atmospheric rivers, which is the technical name given to concentrated streams of strong winds that carry moisture-laden air thousands of kilometres through our planet’s atmosphere.

The other atmospheric river is driving Indian Ocean moisture into Western Australia. This one has also developed along the northern edge of a cold air mass, which is drifting to unusually low latitudes above the Indian Ocean.

Parts of Queensland and Western Australia are experiencing heavy rain and flooding today as a result of these twin atmospheric rivers. Severe weather warnings have been issued in both states.