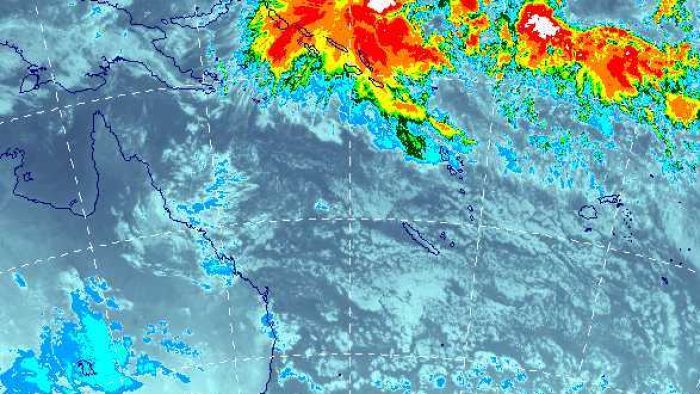 Source: ABC
A tropical low which has formed north of the Coral Sea could make Queensland history if it turns into a cyclone. The Bureau of Meteorology said there was a less than 50 per cent chance of it forming a cyclone this week, but regardless, it would pose no threat to Queensland. Weather bureau senior forecaster Michael Knepp said it was unusual because a July cyclone has never been recorded in Queensland. Australia has only had one July cyclone, which formed off Western Australia in 1996. If the tropical low forms in Queensland's water it will be called Raquel. "It will be our first ever tropical cyclone in July in our forecasting area," he told 612 ABC Brisbane. "But that is a big if, there is a distinct possibility that it doesn't form, or if it does form it won't be in our area. "It won't affect Queensland at all." The low is north-east of the Solomon Islands and is slowly moving west. It is expected to remain very far offshore. In July, upper troughs can develop further north than usual, hindering cyclone development, Mr Knepp said. The official tropical cyclone season runs from November 1 to April 30.
Note to media: You are welcome to republish text from the above news article as direct quotes from Weatherzone. When doing so, please reference www.weatherzone.com.au in the credit.