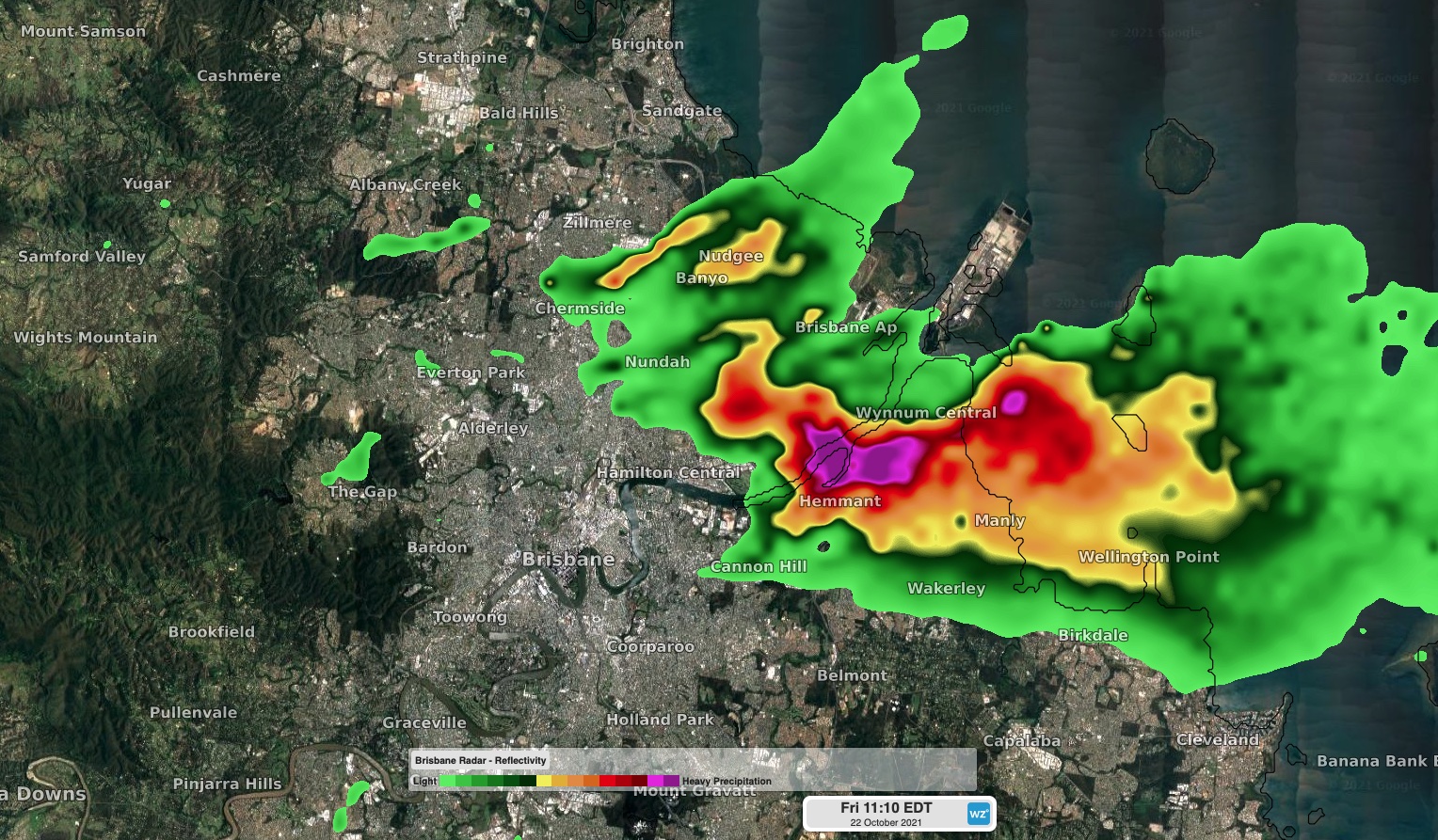 An intense severe thunderstorm caused a tornado in Brisbane on Friday morning.

A storm developed over Brisbane at around 9am on Friday. While it was initially moving towards the south, radar shows that the intensifying storms cell turned left and started travelling in a northeasterly direction, towards the Airport.

Video: Radar animation of the supercell that caused a possible tornado in Brisbane on Friday morning.

This change in direction is characteristic of a supercell thunderstorm, which is a powerful rotating storm that can cause heavy rain, huge hail and sometimes, tornadoes.

Soon after the storm, photos and videos starting to emerge on social media showing what looked be a tornado or waterspout near the Port of Brisbane just after 10am.

Shortly after midday AEST,  the Bureau of Meteorology confirmed that a tornado had indeed tounched down in Brisbane on Friday morning.

We can now confirm a tornado occurred during a supercell thunderstorm near @BrisbaneAirport. Video evidence shows the tornado touching down briefly. pic.twitter.com/9BDckPMsn8

Brisbane Airport, which was hit by this morning's supercell thunderstorm, registered an astonishing 90.4mm of rain in one hour ending at 11:20am. This is a one-in-50 year rain rate for Brisbane Airport.

Nearby, another rain gauge at Luggage Point collected 101mm during the hour ending at 11:18am, which is a 1 in 100 year rain rate.

At 11:40am AEST, the storm that hit Brisbane was moving out over Moreton Bay and a severe thunderstorm warning was still in place. However this warning was cancelled at midday local time after the storm had weakened.

If you have any photos or videos of the tornado in Brisbane, we would love to see them! You can send them to photos@weatherzone.com.au or tag us on Instagram using #weatherzone.