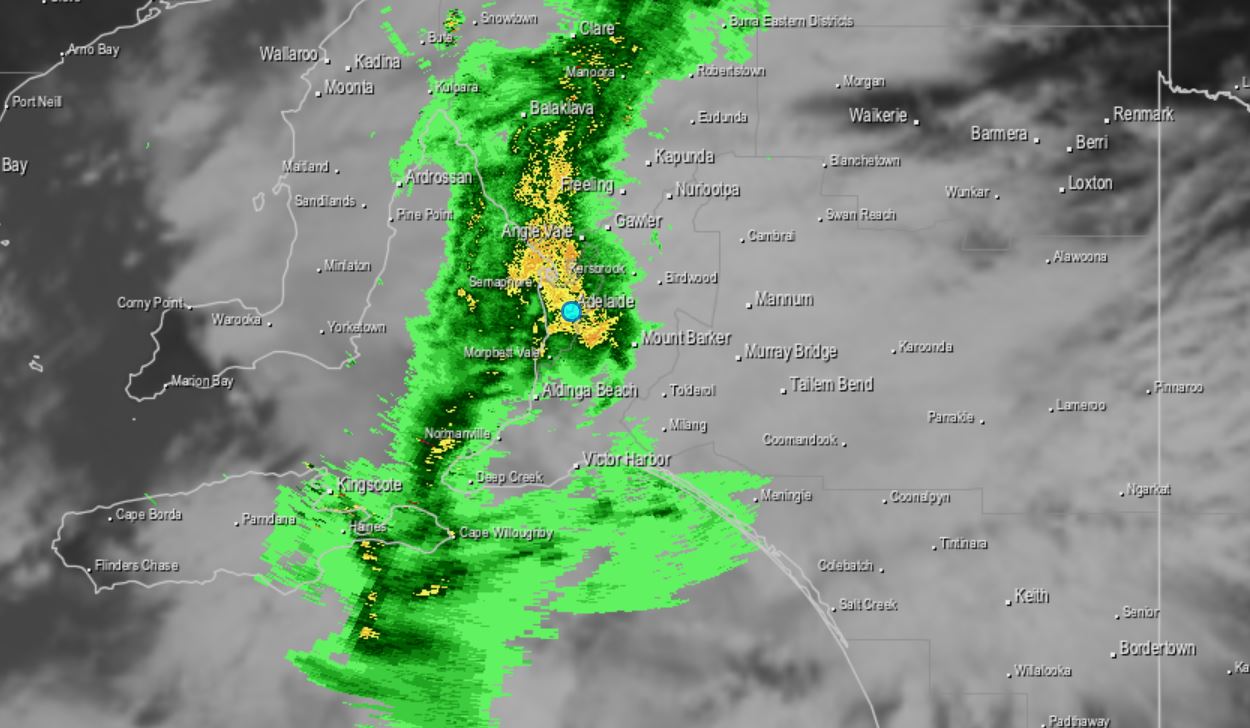 A line of storms has been rushing across southern parts of South Australia today, and is likely just a taste of what's in store for large parts of the state on Thursday.

Temperatures plummeted below 18 degrees around midday in Adelaide (after the mercury had reached 26°C at 9 am today) as storms briefly lashed the city, delivering 1 to 3 mm of rain in most suburbs.

The quick-moving storms, which were associated with a trough, delivered similar or slightly lesser totals of 1-2 mm to the Yorke Peninsula, and as far north as the Flinders district, where Port Augusta registered 1.8 mm in the gauge. Image: The scene in the Adelaide area around midday Wednesday as fast-moving storms raced through.

Normally we wouldn't get too excited here at Weatherzone about minor totals of a few millimetres, but South Australia has had a pretty dry time of things from the last month of winter through Spring 2021 to date.

So could we see some more serious rain tomorrow?

On Thursday, a complex low pressure system will move across the Bight. A cold front and a low pressure trough linked to that complex low will bring another round of rain, thunderstorms and potentially damaging winds to SA.

Scattered-to-widespread thunderstorms are a strong chance over the Flinders, NE Pastoral and Riverland districts, and are also a pretty decent chance for the Mid North, Yorke Peninsula, Adelaide, the Mt Lofty Ranges and Murraylands. Elsewhere in the state, storms are less likely but still a distinct possibility.

Storms bring a high chance of wind gusts exceeding 90km/h, and the possibility of gusts exceeding 120km/h, so please stay up to date with the latest warnings on our Warnings page here.

As for Adelaide, Thursday's shower and storm activity will quite likely see higher rainfall accumulations than today, with up to 15 mm possible, and perhaps even more if storms strike the city. We'll keep you posted.