Sydney's driest June since 1986 amid record wet start to year 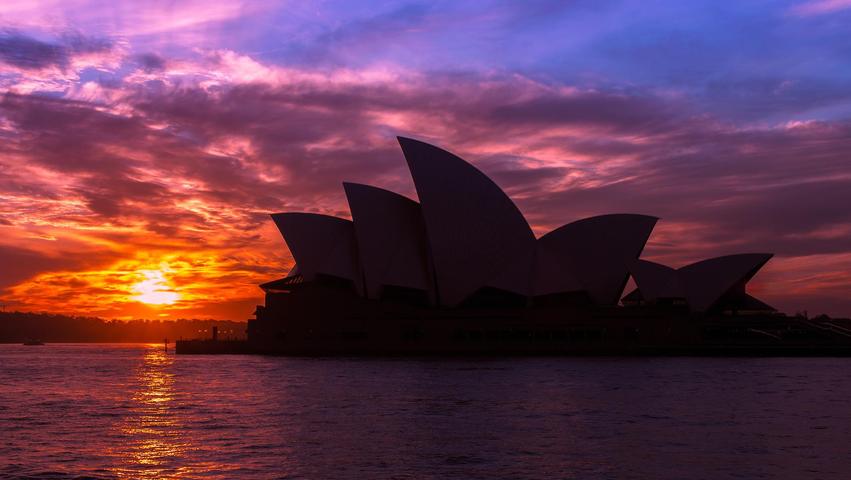 Sydney’s driest June in 36 years wasn’t enough to stop the city having its wettest first half of a year on record.

While the first five months of 2022 all produced well above-average rain in Sydney, June was much drier than usual. 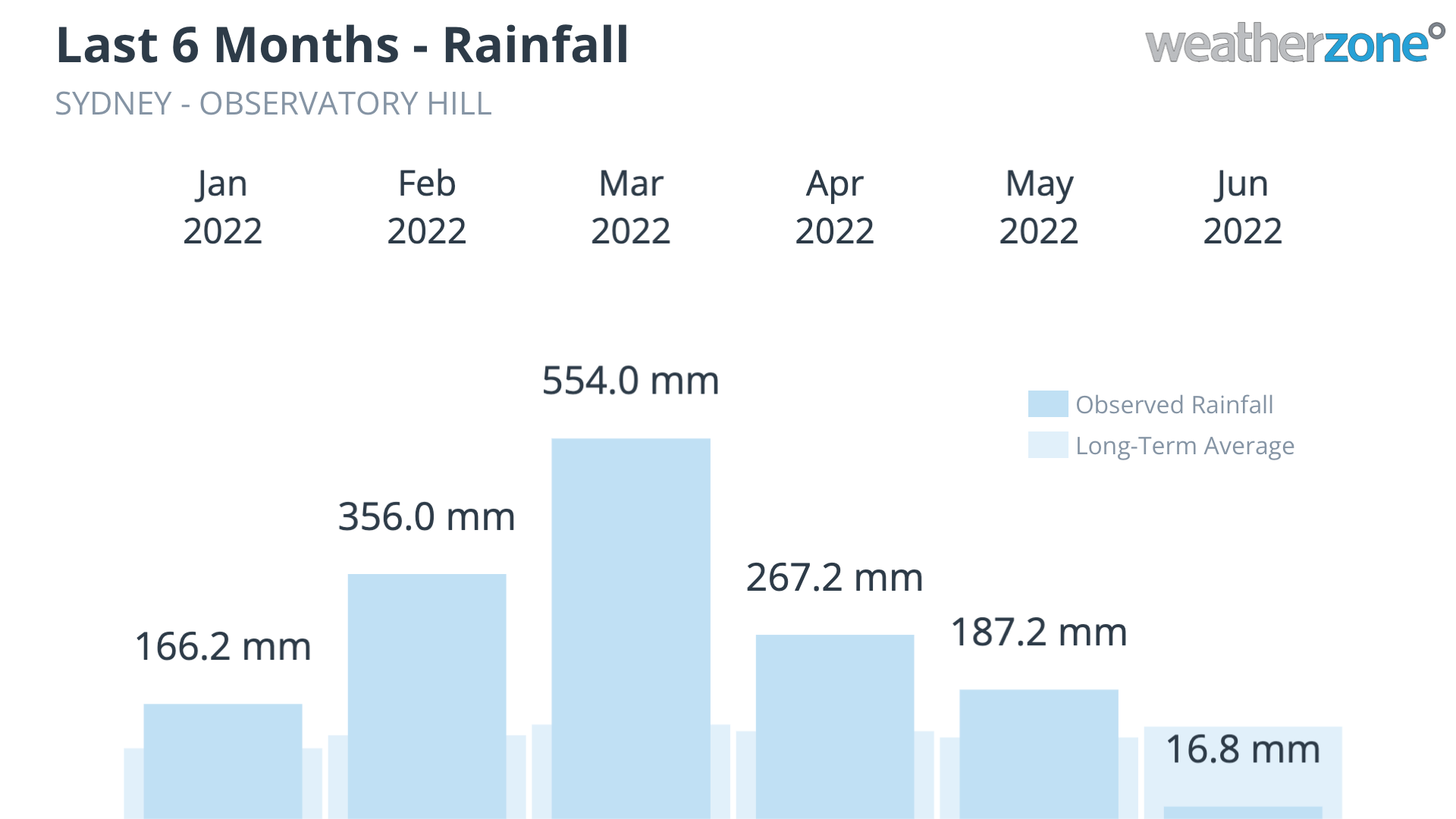 Image: Sydney’s observed rainfall during the first 6 months of 2022.

The city’s main rain gauge at Observatory Hill registered 16.8 mm of rain during June. However, the gauge had a few technical issues during the month and failed to record daily rainfall totals on three occasions. Based on data from surrounding weather stations, it is likely that around 0.4 mm of rain fell at Observatory on these missing days, which would bring Sydney’s monthly total up to 17.2 mm.

Sydney’s 17.2 mm of rain this month makes it Sydney’s driest June since 1986, sitting well below the long-term monthly average of 133 mm. This was also Sydney’s 11th driest June in 164 years of records.

Despite such a dry June, Sydney is still having its wettest year-to-date on record thanks to an exceptionally wet start to 2022.

So why did the rain suddenly switch off in Sydney during June?

Large areas of eastern NSW were plagued by persistent and heavy rainfall earlier this year as relentless onshore winds drove moisture-laden air from the Tasman Sea onto the state’s coast and ranges.

By contrast, June saw a return of much drier westerly winds as cold fronts became more active over southeastern Australia. This change in the prevailing wind direction starved the atmosphere of moisture over eastern NSW, significantly reducing the amount of rain.

This abrupt shift in weather patterns was underpinned by a change in the state of the Southern Annular Mode (SAM).

The SAM was in a predominantly positive phase for the first five months of 2022, which helped boost rainfall over eastern NSW, In June, the SAM switched to a strongly negative phase at the start of the month, which saw drier weather pattern return to Sydney. The graph below shows the state of the SAM over the last four months.