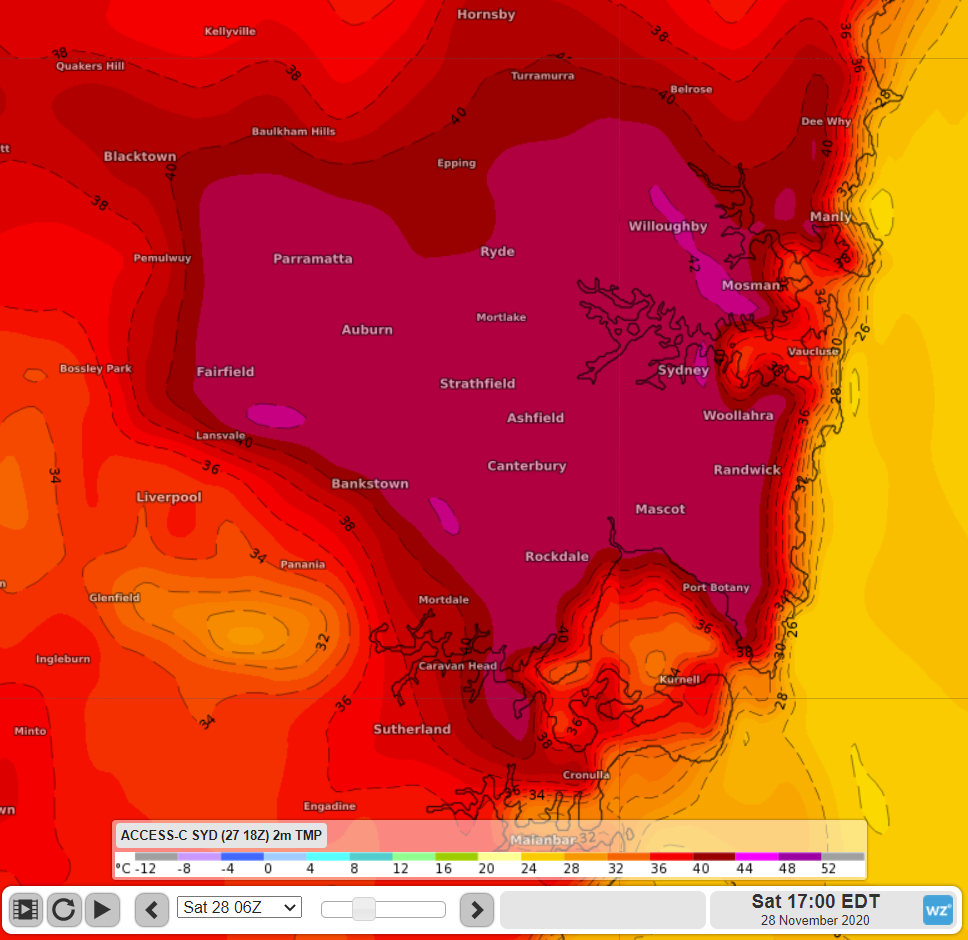 Sydney is likely to sweat through its hottest pair of days in 80 years and the hottest outside of the height of summer.

Sydney is forecast to reach 39°C on both Saturday and Sunday, a feat that has never been done in any month other than January in its 162 year history. In addition to the draining daytime temperatures, the overnight ‘low’ could set records in its own right.

Sydney is forecast to stay above 24°C overnight, with western suburbs keeping above 26°C. Sydney’s springtime record hot minimum temperature is 24.8°C, set on 14th November 1967. Tonight could very well challenge that record, as well as smashing the records set out west.

Sydney has only reached this hot milestone a handful of times, not because the airmass wasn’t hot enough, but because its coastal location usually receives a seabreeze. This weekend, westerly winds will be strong enough to considerably delay a seabreeze on Saturday, and entirely prevent one on Sunday.

Sydney’s sweltering weekend should come to an end in the late afternoon on Sunday, as a southerly buster roars up the coast, likely bringing a rapid temperature drop of more than 15 degrees in the first hour.