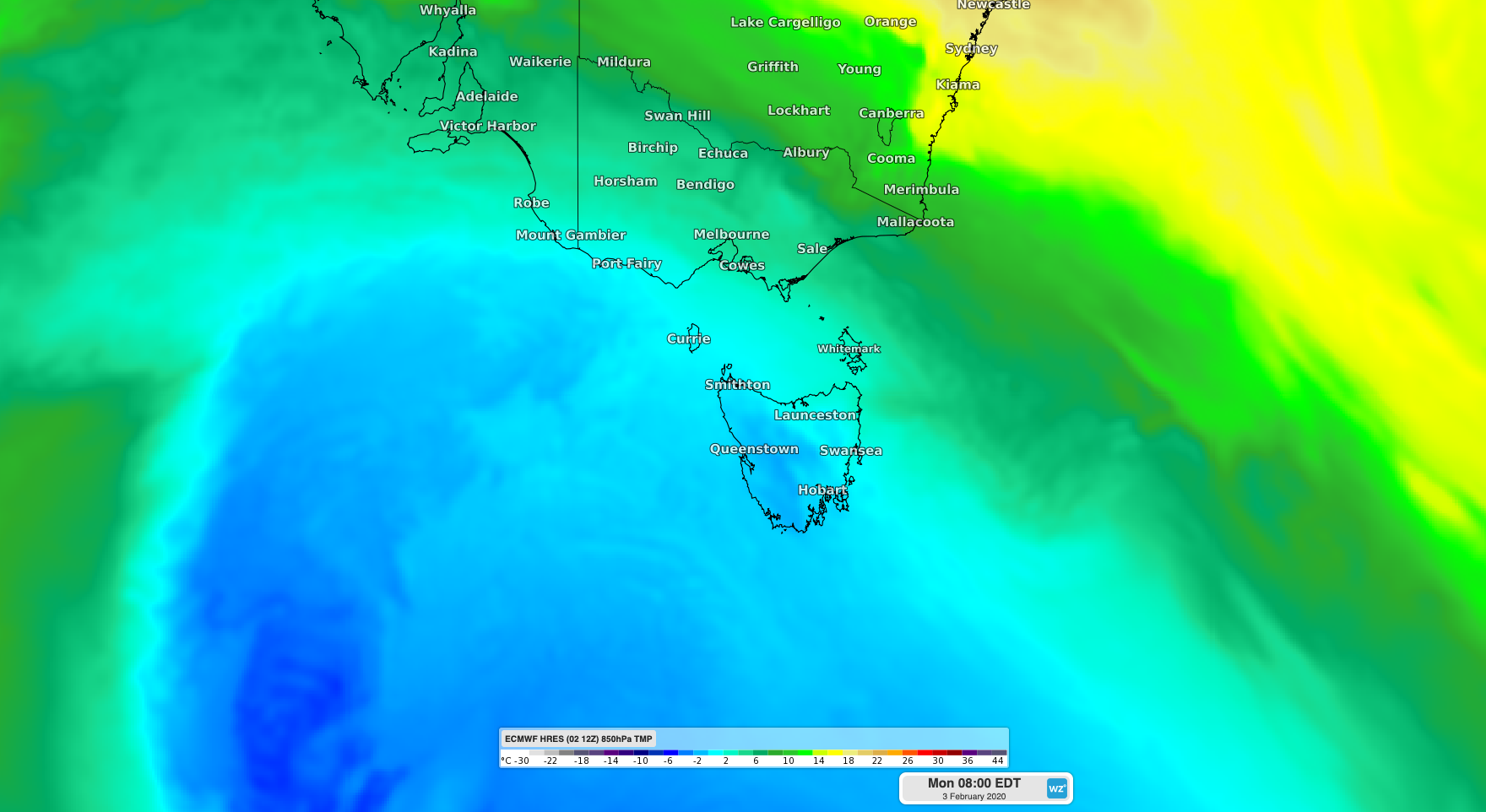 It was snowing in Tasmania on Monday morning, just three days after the temperature hit 40 degrees in Hobart.

A burst of wintry air sweeping over Tasmania in the wake of a cold front is causing showers, blustery winds and highland snow on Monday. Shortly before 9am, the temperature dropped to -1.2 degrees at Mount Wellington as a dusting of light snow sat on top of the mountain. Further north, snow could also be seen falling at Cradle Mountain early on Monday as nearby Mount Read cooled to -0.5 degrees. There were reports of sleet falling down to 750 metres above sea level a Lake St Clair.

In Hobart, the city's minimum temperature of 8.7 degrees on Monday morning was its lowest temperature since early December.

In addition to the cold weather, parts of western Tasmania received over 30mm of rain during the 24 hours to 9am on Monday as westerly winds caused persistent showers. These winds also caused gusts above 90km/h in some exposed areas of northern and western Tasmania.

Monday's cold weather is a stark contrast to the heat experienced in Tasmania on the weekend, when northerly winds carried hot air over the state from the Australian mainland.

Hobart reached 40.4 degrees on Saturday afternoon, which is 19 degrees above average for January. Hobart Airport's 41.4 degrees was the site's highest temperature on record, with data back to 1958.