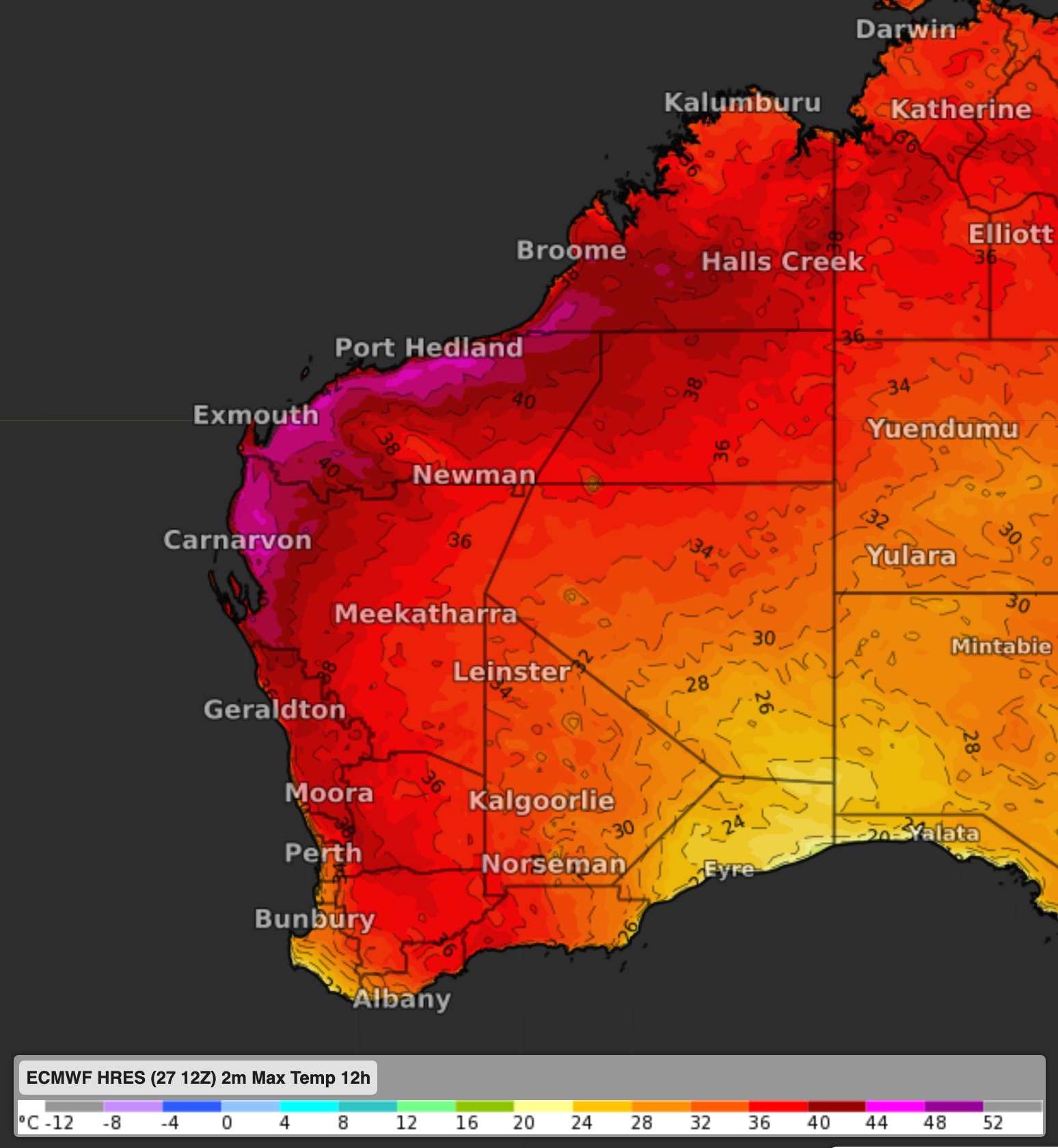 Searing temperatures into the high thirties and low forties have pushed over coastal WA this weekend as summer draws near.

On Sunday, the heat won’t be as intense in Perth with tops of 33°C predicted and up to 35°C in the eastern suburbs. However, the heat is spreading further out, with Great Southern and South Coastal districts now seeing the peak of the heat, with temperatures 10-14 degrees above average for November, reaching the high thirties.

This summer-like heat has been brought on by a heat trough, drawing heat from the north and inland towards the coasts and south. Importantly, the trough will help to delay coastal seabreezes that usually bring significant afternoon cooling.

Fortunately for those in the south, a cold front is on its way that will push the heat back up to the north, making it a pleasant end to November and the start of December. However, the heat will continue to build in the north during the week, which looks to be brought south by another heat trough next weekend.