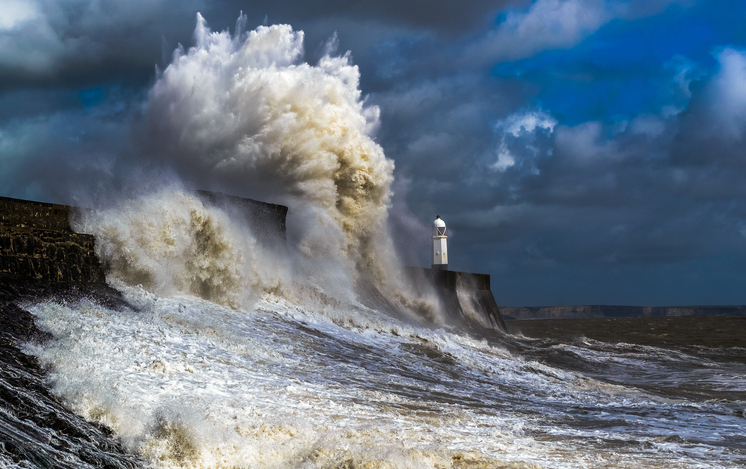 A wind gust measured by the UK Met Office at 122 mp/h (196 km/h) is the strongest gust ever recorded in England.

The gust was recorded at a weather station at "The Needles", a rocky outcrop on the Isle of Wight, which sits just south of Portsmouth on England's southern coast. The station has only been in operation since the 1990s, so it's likely that stronger gusts have occurred over time, but in terms of recorded gusts, this one took the prize.

This is provisionally the highest gust ever recorded in England#StormEunice âš ï¸� pic.twitter.com/aNYMnFbMvT

The gust occurred during the series of storms which have lashed the UK in recent days, and which continue to wreak a path of destruction.

Incredible footage of #StormEunice taking down a tree in #Bude. Captured by Kai Wilson Page. Miraculously no one was injured. pic.twitter.com/cUBsnNUtcA

As we told you on Friday, the UK Met Office (along with some other – but not all – European meteorological agencies) names its winter storms, much as the Australian Bureau of Meteorology names Tropical Cyclones.

In a mid-February which will go down on record as one of the stormiest late winter periods in UK weather history, three named storms have occurred within a week.

Storm Eunice with the waves breaking over Porthleven seafront and the spray illuminated by various different light sources.

On the subject of the 196 km/h coastal wind gust on the Isle of Wight, it's worth noting that while this was a record for England, it was far from the strongest gust ever recorded in the UK.

That title goes to the furious 173 mp/h (278 km/h) gust at Cairngorm summit in the Scottish Highlands in 1986. Wild winds are common in that part of the world. The nearby Cairngorm Mountain snow resort has several surface lifts but no chairlifts. You can understand why.

Despite the horror weather and tragic outcomes in some areas, there were some Brits who made the most of some very nasty weather.