Snow could fall in Hobart this weekend 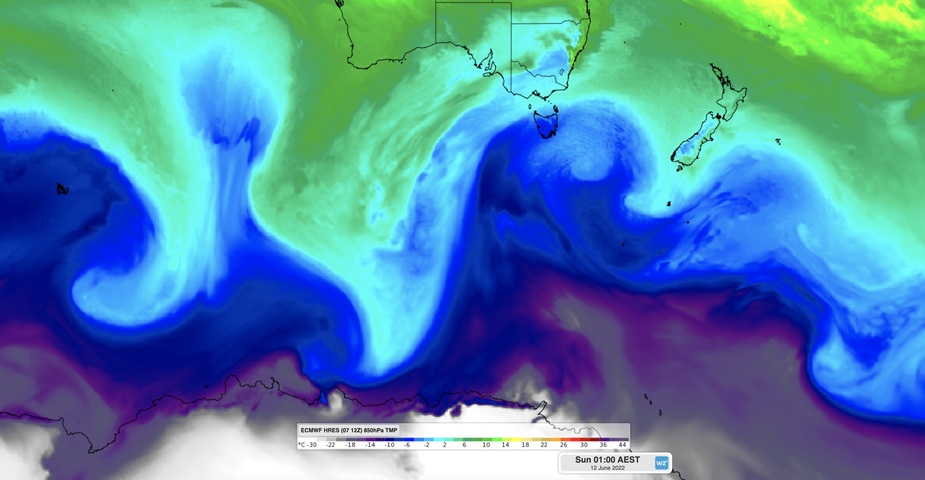 A bitterly cold air mass will cause low-level snow in Tasmania this weekend, with parts of Hobart possibly in line to see the first flakes of the season.

A pool of polar air from the ice sheets of Antarctica will surge across the Southern Ocean later this week and slam into Tasmania on the weekend.

Forecast models suggest that the air arriving in Tasmania late on Saturday and lingering into Sunday could be cold enough for snow to fall to about 100 to 200 metres above sea level, possible even lower. While there is still some uncertainty regarding the exact snow level this far out, all forecast models agree that it’s going to get very cold and that there will be widespread snow. 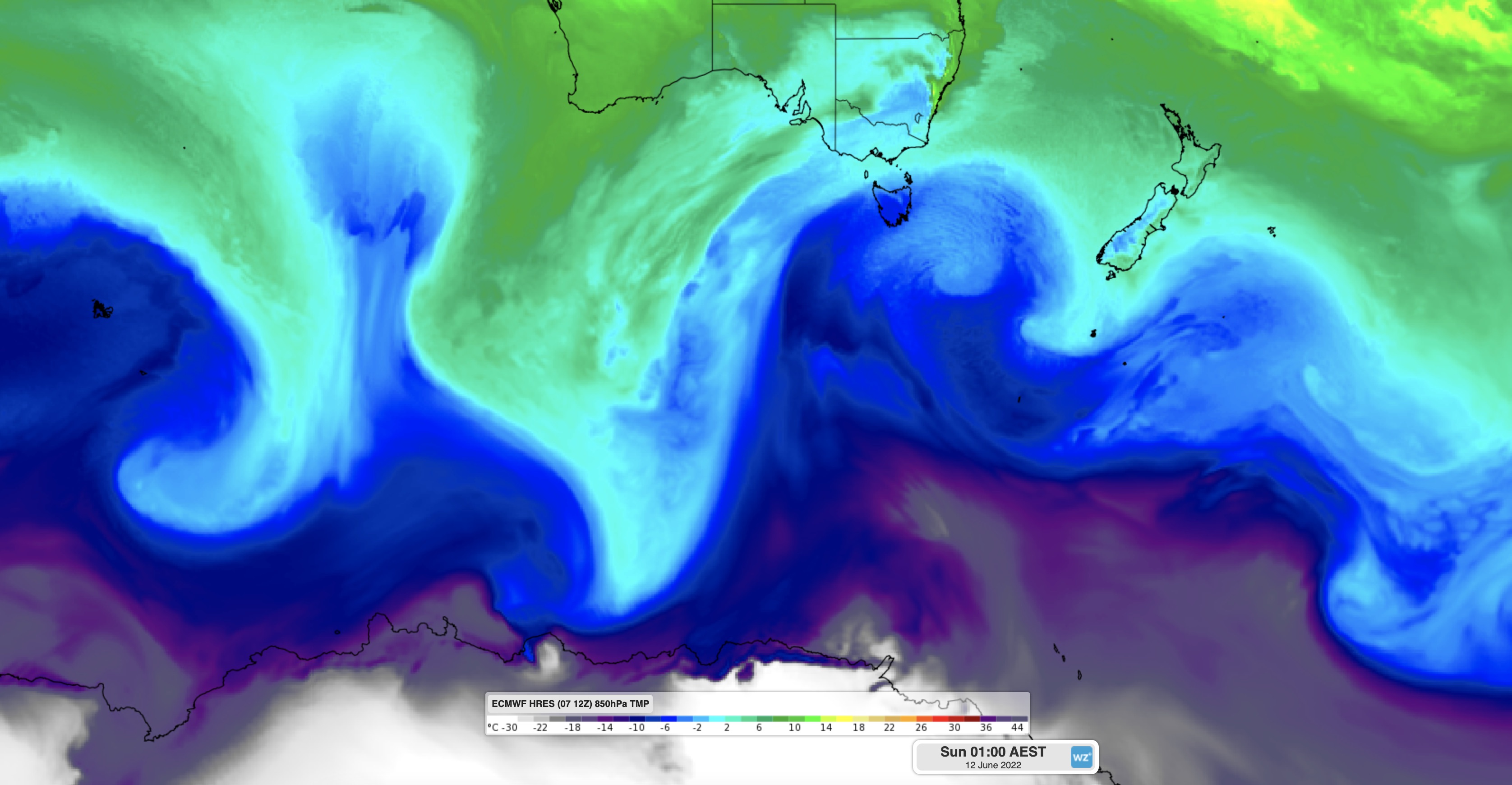 Image: Forecast air temperature around 1.5 km above the surface on Saturday night, according to the ECMWF-HRES model.

At this stage, there is a good chance that the hills around Hobart will see some snow over the weekend, including the lower slopes of Mount Wellington. There may even be a few flakes near sea level, with model data currently predicting snow for Ouse, Grove, Bushy Park, New Norfolk and Huonville.

It’s not unusual for Tasmania to see brief periods of low-level snow in winter. In fact, it can snow in Tasmania at any time of year, even in the middle of summer.

In addition to the snow, this weekend cold spell will also feature powerful winds that could cause damaging gusts in some parts of the state. Warnings are likely to be issued for the low temperatures and wind later in the week. 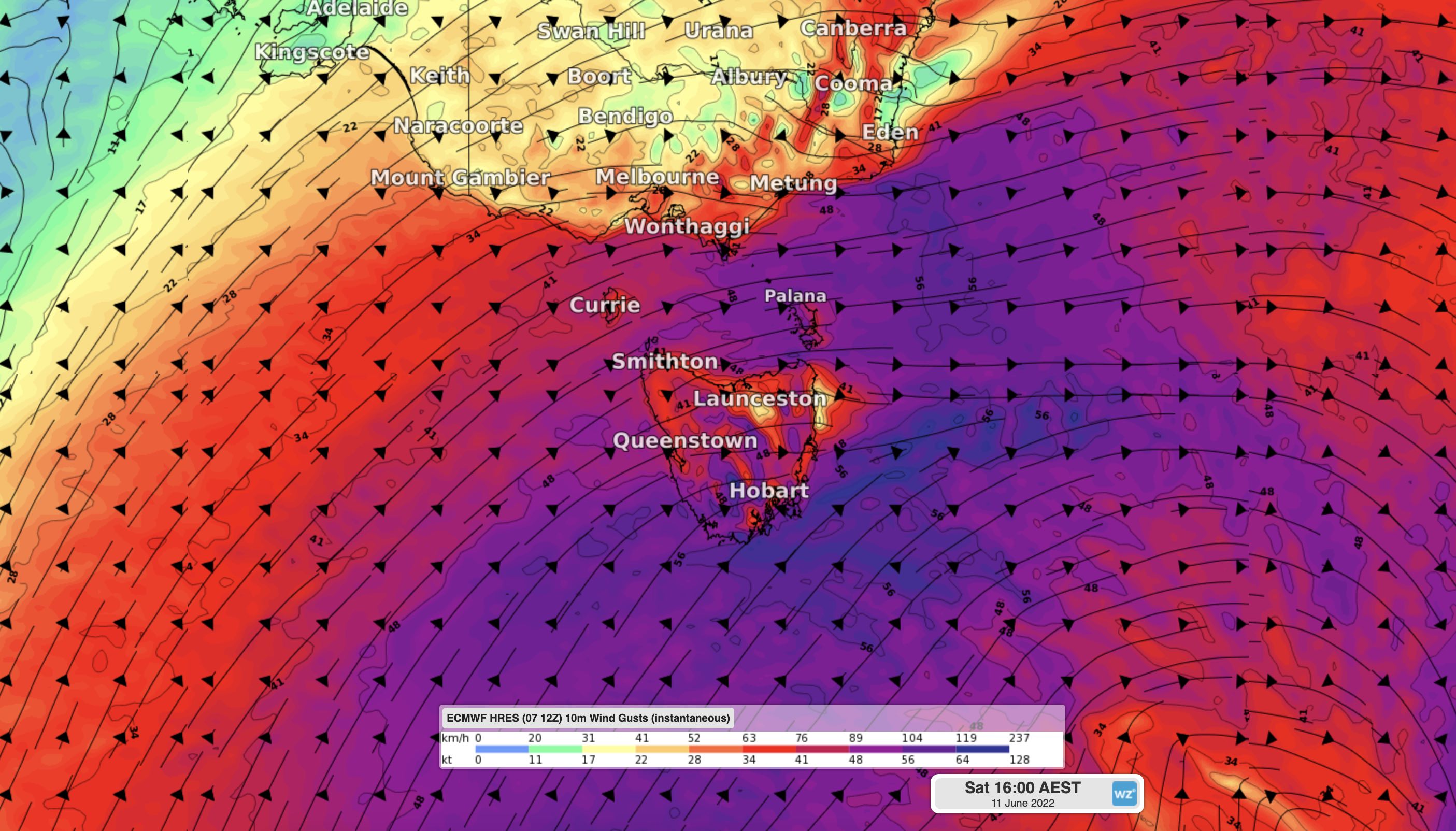 Image: Forecast wind gust speed and direction on Saturday afternoon, according to the ECMWF-HRES model.