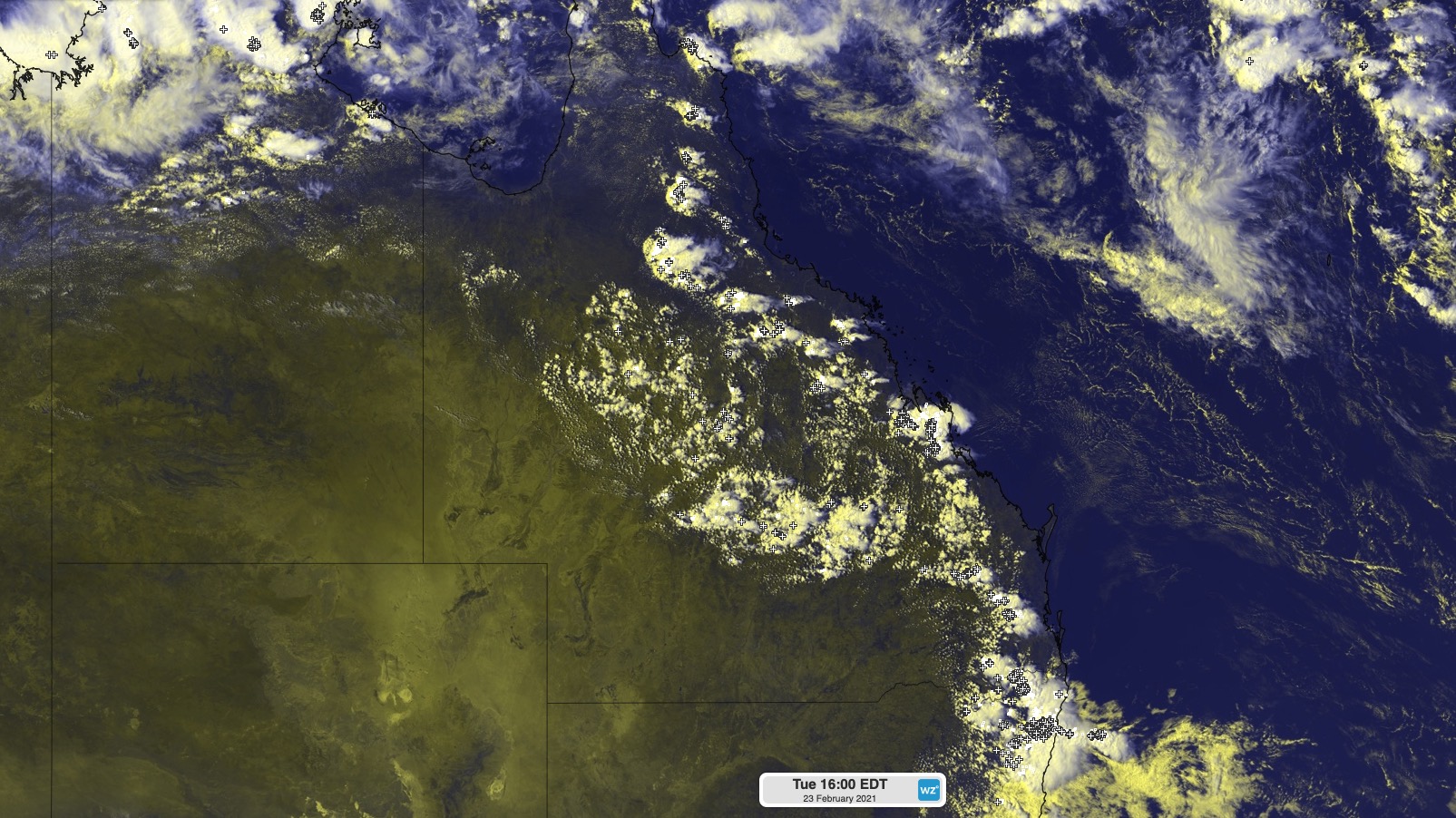 Thunderstorms have developed over a large swathe of eastern Australia this afternoon, prompting severe storm warnings in parts of southeast Queensland and northeast NSW.

By 4pm AEDT, thunderstorms had formed over an area stretching more than 1,500 kilometres from Georgetown in northern Queensland down to Grafton in northern NSW. The most dangerous storms at that time were in southeast Queensland and northeast NSW, where warnings were in place for damaging winds, large hail and heavy rain.

Grafton had already collected 17mm of rain in less than one hour by 4:10pm, along with wind gusts of up to 50km/h. Heavier rain and stronger winds are possible in the warning areas of Queensland and NSW in the coming hours. Image: A closer look at the storms over northeast NSW and southeast Queensland at 4pm AEDT on Tuesday afternoon.

Warnings will be updated throughout the rest of this afternoon and evening as storms continue to develop, so be sure to check the latest advisories in your area.