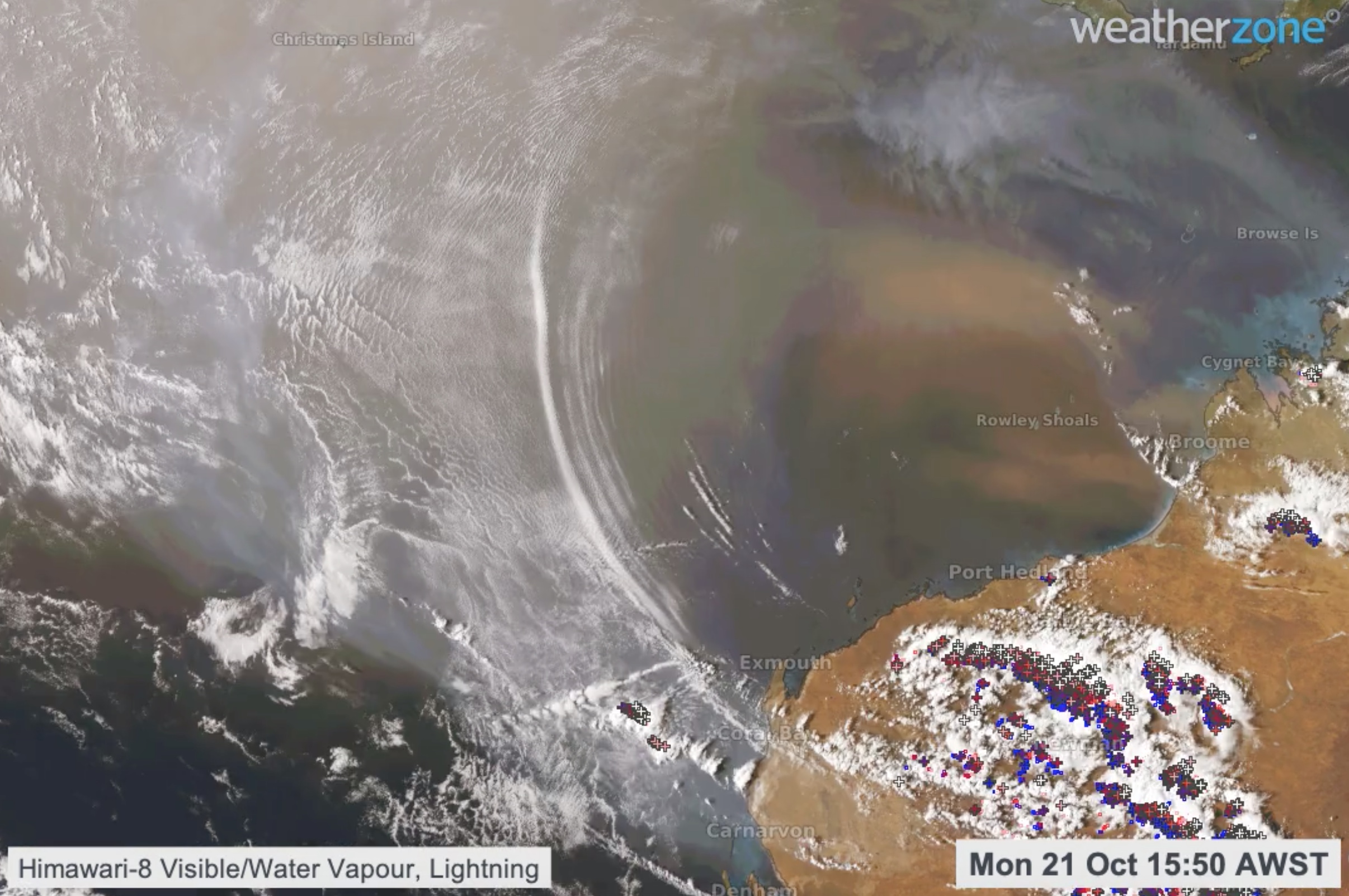 A phenomenon known as atmospheric gravity waves was detected in a sequence of satellite images off the northern coast of Western Australia this week.

Cold air flowing out of thunderstorms over northern WA on Sunday and Monday nights caused a series of invisible waves to form in the atmosphere. These waves, which are called gravity waves, propagated out from the storms before travelling over the ocean to the north of WA.

While the waves in the air themselves were invisible, they could be detected by satellites. Image: Atmospheric gravity waves causing lines of clound over the ocean near northwestern Australia on Monday. Dust can also be seen over the water to the north of Western Australia.

When waves move horizontally through the atmosphere, air is forced to rise and sink. In some cases, the rising air causes lines of cloud to form along the wave crests, while cloud dissipates as air sinks in the wave troughs.

The gravity waves on Monday and Tuesday morning were an example of this phenomenon, with thin parallel lines of cloud travelling through the sky along the crest of each gravity wave. Visible satellite imagery captured the spectacle as the sun rose each day.

A longer animation highlighting the atmospheric gravity waves. Waves cause the air to rise and sink, cooling and warming its water vapour and making upper water vapour temperature an effective means of visualisation. In some cases, cloud forms on the crests. pic.twitter.com/af6kfO2U9Q

Another striking feature of this week's satellite images were plumes of dust that were ejected off the north coast of WA by the wind flowing out to sea.

Gravity waves are common in the atmosphere, although they often remain unnoticed if they don't produce something visible like clouds.