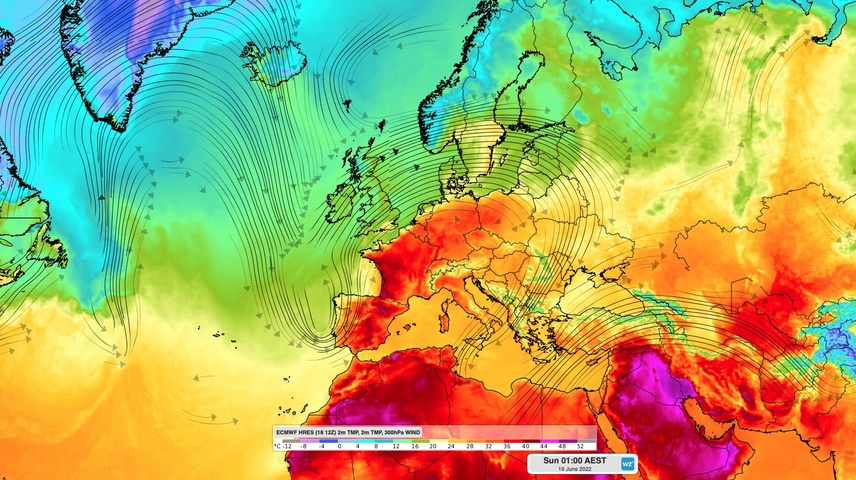 Several European countries registered their highest June temperature on record over the weekend amid a gruelling and historic early-season heatwave.

A strong and slow-moving upper-level ridge drifting over Europe late last week allowed a pool of hot and dry air to develop near the ground. This surface heat was exacerbated by a process called atmospheric subsidence, which involves air becoming warmer as it sinks towards the ground from higher altitudes.

The broad-scale weather pattern than caused last week’s extreme heat in Europe is called an omega block, owing to the Ω shape of the upper-level winds surroundimg the pool of hot air. This same phenomenon was also responsible for a bout of extreme heat in western parts of the U.S. and Canada around this time last year. 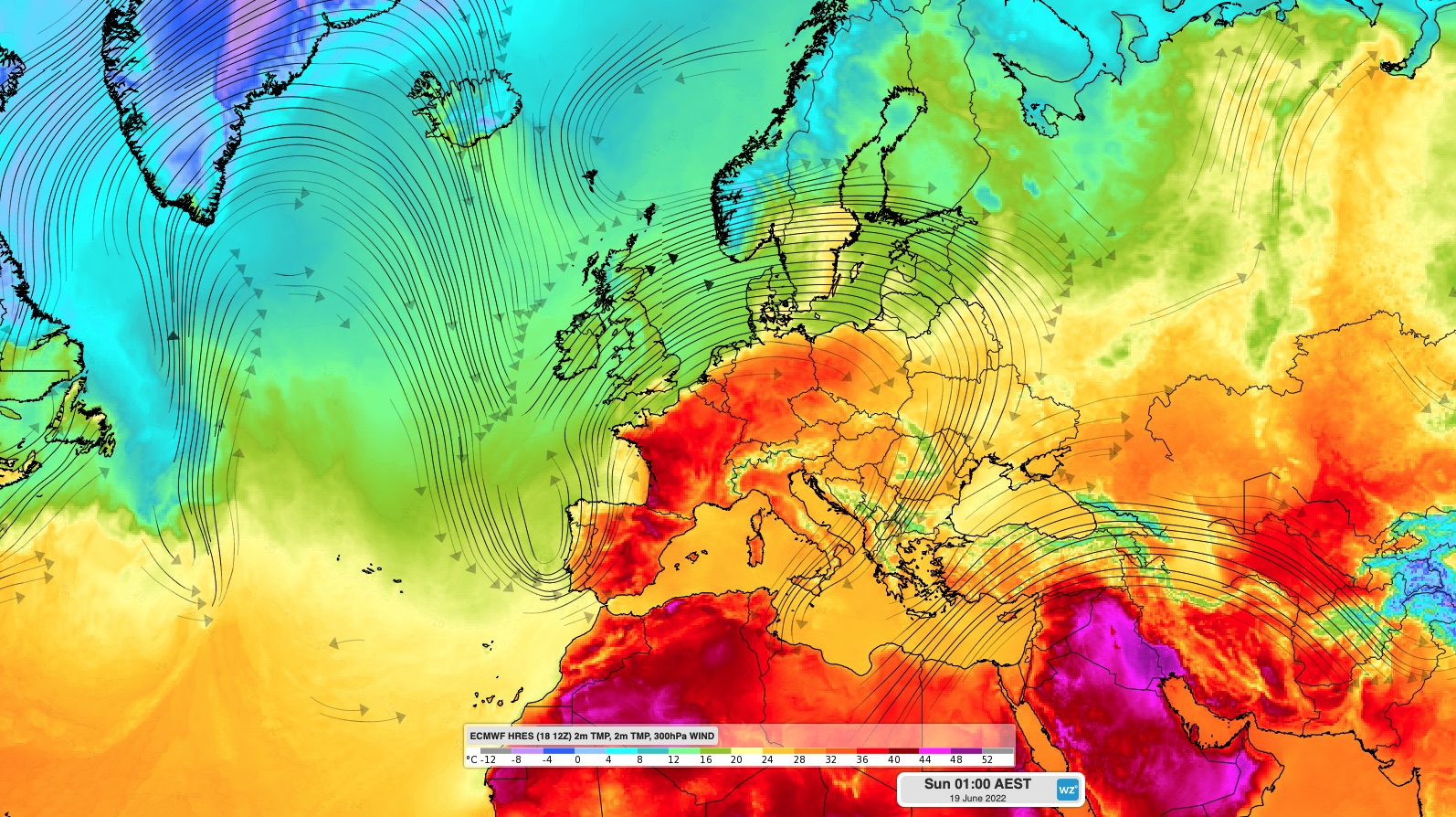 The combination of abundant sunshine, strong atmospheric subsidence and the background influence of climate change caused extreme heat across parts of western and southern Europe late last week. In some countries, temperatures reach levels that had never been recorded this early in the season.

France experienced temperatures up to 43.4ºC on Saturday, June 18, with Biarritz’s 43.4ºC setting a new all-time record for the site.

According to Scott Duncan, a meteorologist based in Scotland, the following countries then equalled or exceeded their highest June temperatures on record on Sunday:

Another historic day of heat in Europe. I can't believe it is only the 19th of June. Unprecedented to witness this level of heat so early in the year.

Sunday also saw Germany’s Cottbus soar to 39.2ºC, its highest outright temperature in records dating back to 1888, and less than half a degree below Germany’s national record for June. This blast of early-season warmth also caused the snow level at Germany’s Mount Zugspitze reach 0cm on Sunday, making this its earliest no-snow date since 1960.

Today 19 June the snow gauge on the top of Mt. Zugspitze in Germany (2960m asl) dropped to 0cm. It's the earliest snow melt since 1960,several weeks in advance of average. Last time snow failed to melt during a summer was in 2000. pic.twitter.com/Nj4zZPbPrg

While extreme heat is to be expected every summer in Europe, this is exceptionally early in the year for temperatures this high. Europe’s summer officially begins on the date of the winter solstice, which falls on June 21 this year.

Europe’s climate has been getting warmer at a fairly steady pace since about the 1980s, which is making heat extremes like the ones we saw this week more likely. According to the Copernicus Climate Change Service, the average temperature in Europe today is about 2ºC higher than it was in the latter half of the 19th century. 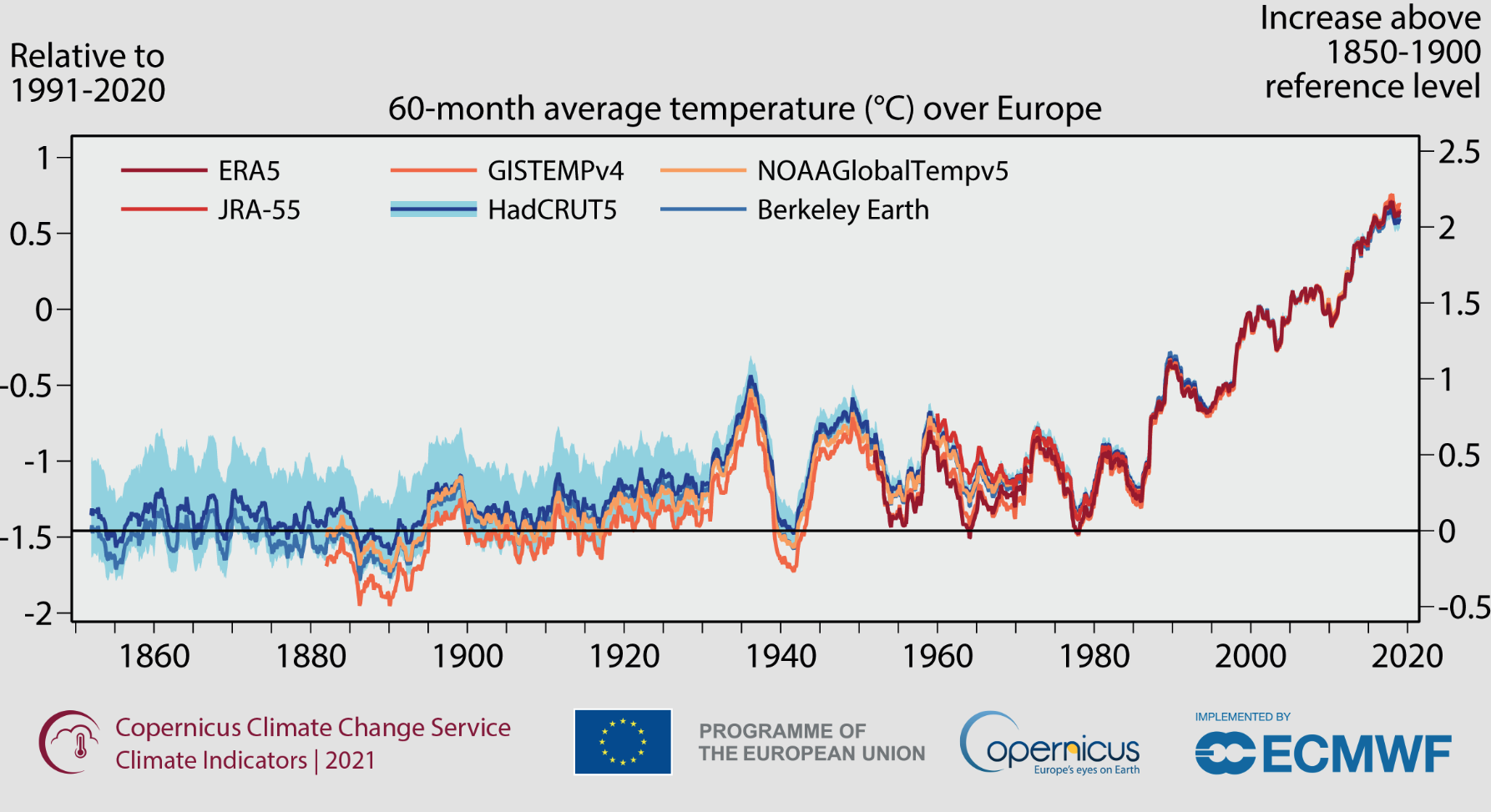