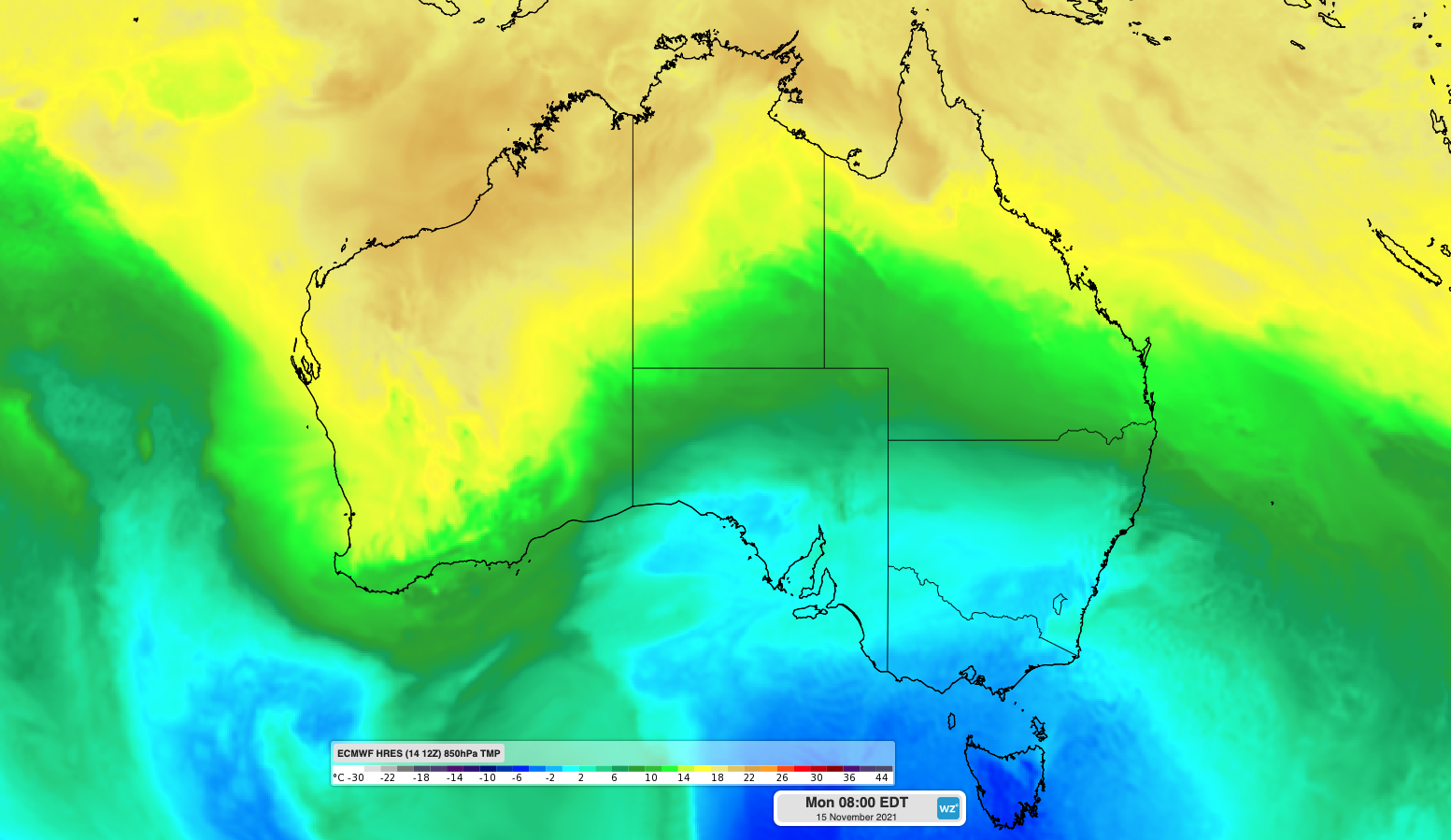 If you think it's been unusually cold in southeastern Australia during the last few days, you're not imagining it. Some places just endured a late-season cold spell not seen for more than 160 years.

A mass of cold air has been driven over Australia’s southeastern states during the last few days by a strong low pressure system. The satellite image below shows a large mass of speckled clouds within this cold air mass on Monday. This weather pattern is more typical of winter than late-spring, and it has brought a string of cold days that are rarely seen this late in the year.

Melbourne’s maximum temperatures during last four days have been well below the long-term November average of 22ºC, reaching:

This is the first time in 167 years of records that Melbourne has had four days below 15.5ºC this late in spring. Image: Melbourne's minimum and maximum temperatures during the last five days, as of 6pm AEDT on Monday.

Further north, Canberra’s last three days have been around 10ºC below average for this time of year: Image: Canberra's minimum and maximum temperatures during the last five days, as of 6pm AEDT on Monday.

This is the first time in 99 years of records that Canberra has had three days at or below 14.0ºC, this late in spring.

Temperatures will warm up during the next couple of days as the low pressure system moves east, towards New Zealand.