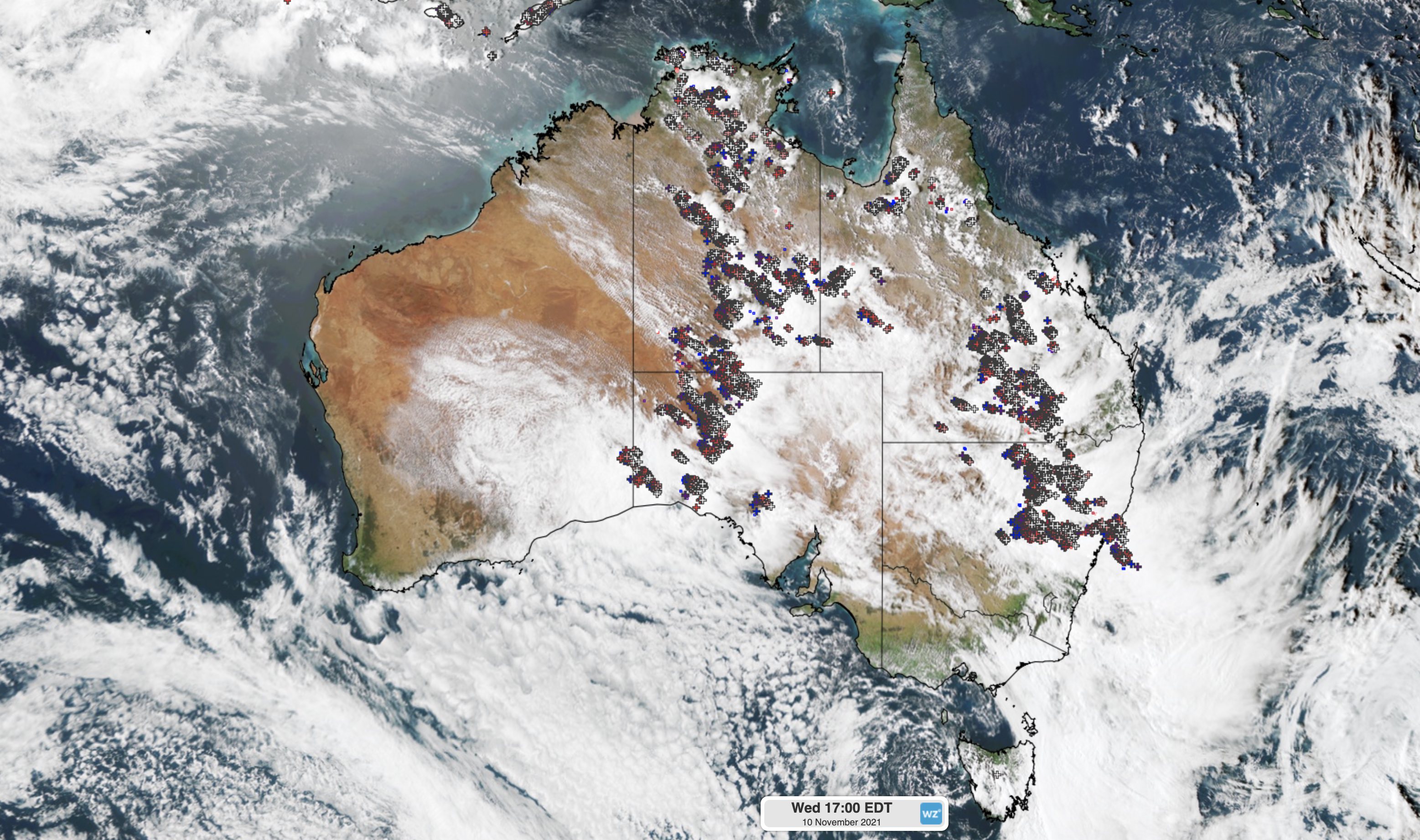 Over one million lightning pulses have been detected over Australia during the last 24 hours as thunderstorms dumped flooding rain across several states and territories.

The video below shows a composite animation of lightning strikes and enhanced water vapour satellite imagery.

The clip above reveals how widespread and persistent thunderstorms were across Australia on Wednesday into Thursday morning.

Weatherzone's Total Lightning Network detected 1.37 million lightning pulses across central and eastern Australia during the 24 hours ending at 8am on Thursday. These consisted of both cloud-to-cloud and cloud-to-ground lightning strikes. Image: The red icons show the locations of every lightning pulse that was detected within an 800 km radius of Alice Springs during the 24 hours ending at 8am AEDT on Thursday.

The rain that came from these prolific storms has inundated the Australian outback, cutting off roads and flooding some creeks and rivers.

The Todd River is surging through Alice Springs this morning after the town collected around 140mm during the last three days. This included 100.2mm during the 24 hours to 9am local time on Wednesday, which was its heaviest daily rain in 21 years.

Further east, widespread falls of 30-60mm have been recorded across western, central and southern QLD, and northern and central NSW on Wednesday into Thursday morning. This included 86.8mm at Applethorpe during the 23 hours to 8am local time on Thursday, its highest daily total in nine years.

More rain and storms on the way

Thursday is going to another big day of wet and stormy weather for parts of central, southern and eastern Australia.

A deepening low pressure system and associated low pressure trough will produce widespread rain and thunderstorms over QLD, NSW, the ACT, Vic and SA on Thursday. The map below shows where and how much rain one computer model is predicting on Thursday alone.

Some of Thursday's rain will be falling over already saturated ground, so flooding is likely.

Numerous flood watches, flood warnings and severe weather warnings are already in place and these will be updated regularly in the coming days. Check the latest warnings in your area for up-to-date details and never drive through floodwater.