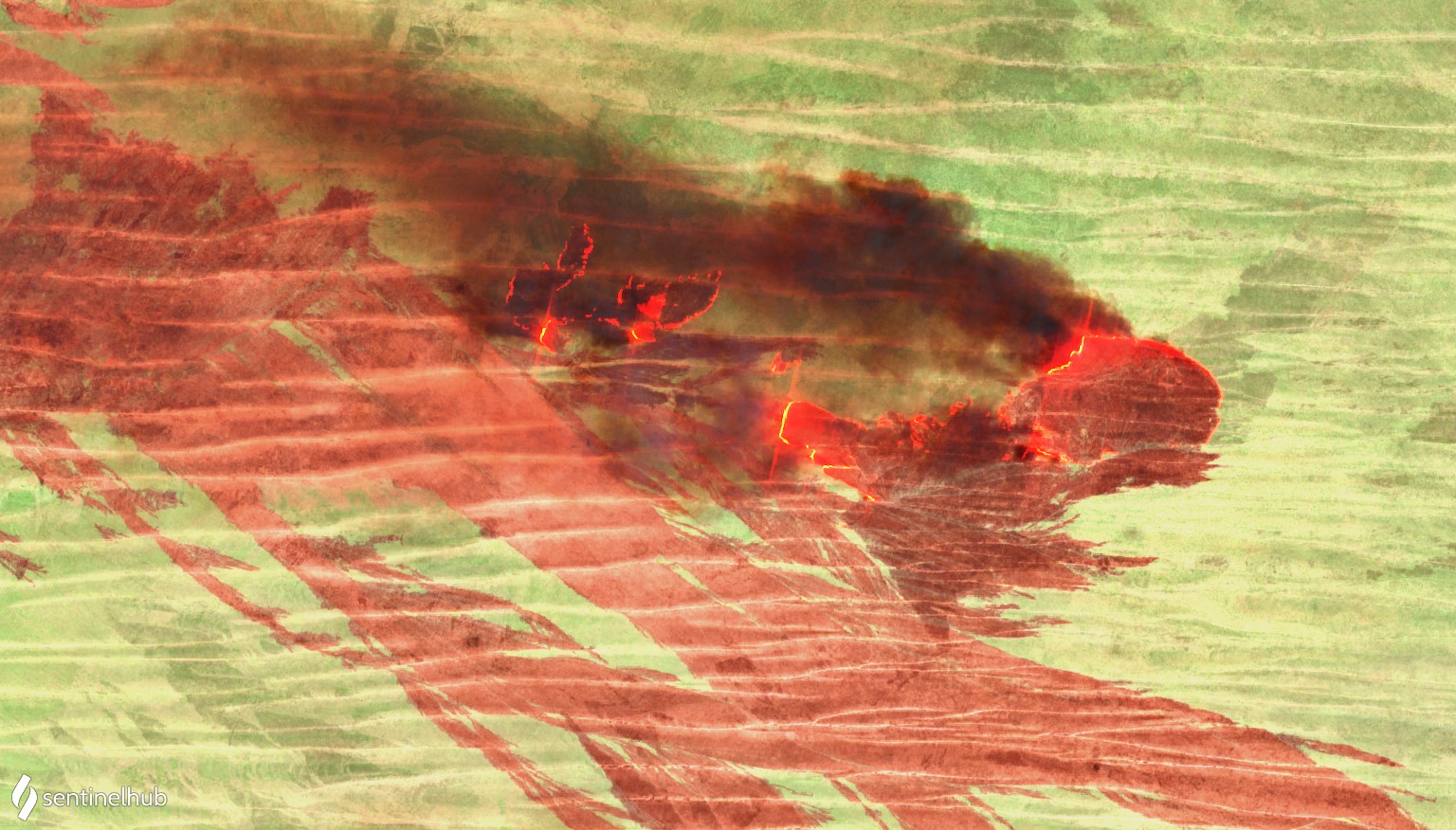 While much of eastern Australia has been stuck in a wet and relatively cool weather pattern during the first week of summer, it has been a scorching start to the season in parts of WA.

Earlier today, we told you that Perth is in the middle of a week-long run of days above 31 degrees, which hasn’t happened in the city this early in summer for 90 years.

Temperatures have exceeded 45ºC somewhere in the Pilbara or Kimberley district every day so far this month, reaching as high as 46.9ºC at Roebourne Airport on Sunday.

This extreme heat has helped raise fire danger ratings across the region, with a number of fires sending large plumes of smoke into the sky.

The images below shows one of these fires on Monday, located about 200 km to the southeast of Broome on Monday. The first image above is a ‘true colour’ image. The second uses false colours to highlight the current location of the fire and the burn scars that it has left in its wake. 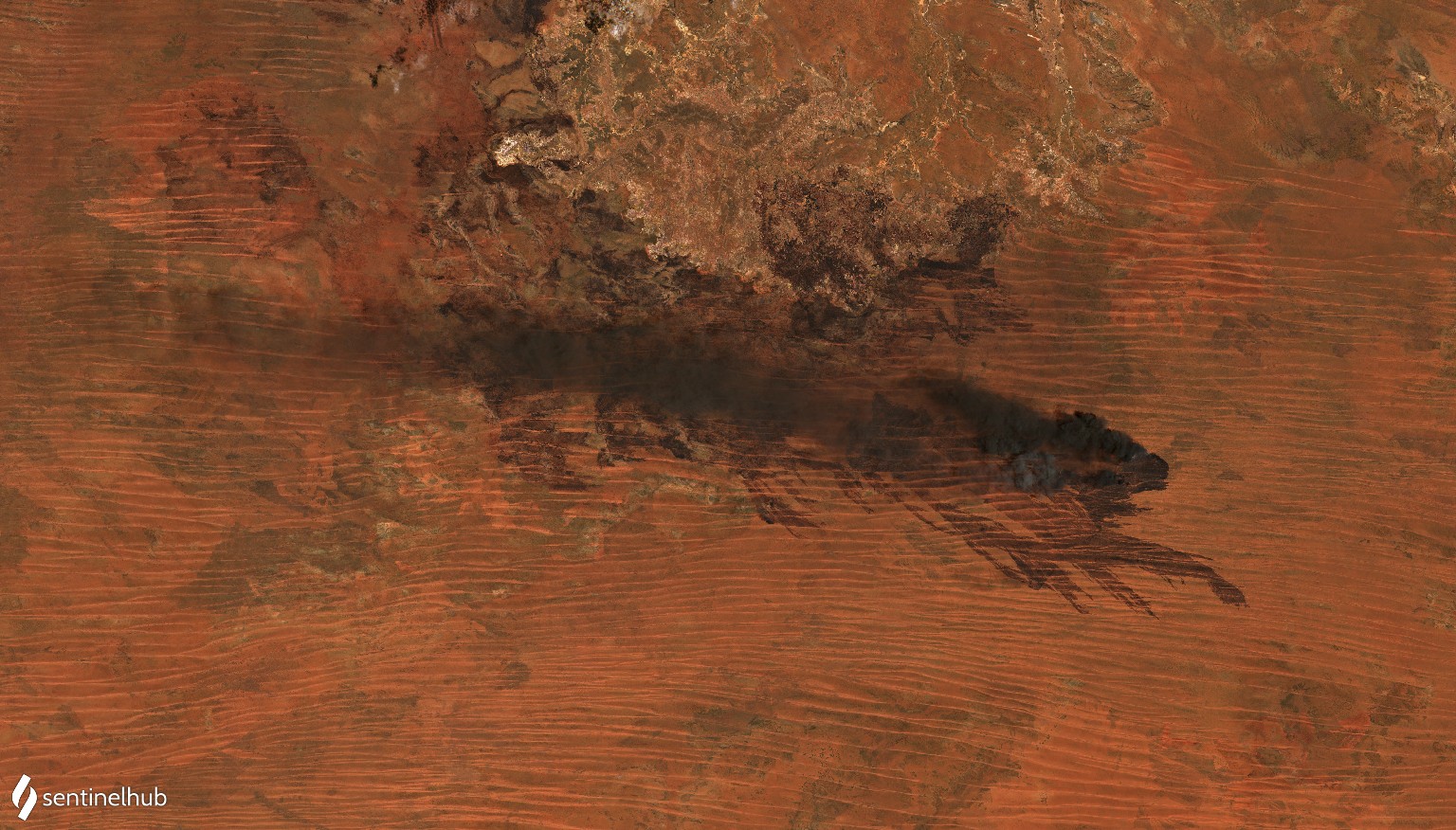 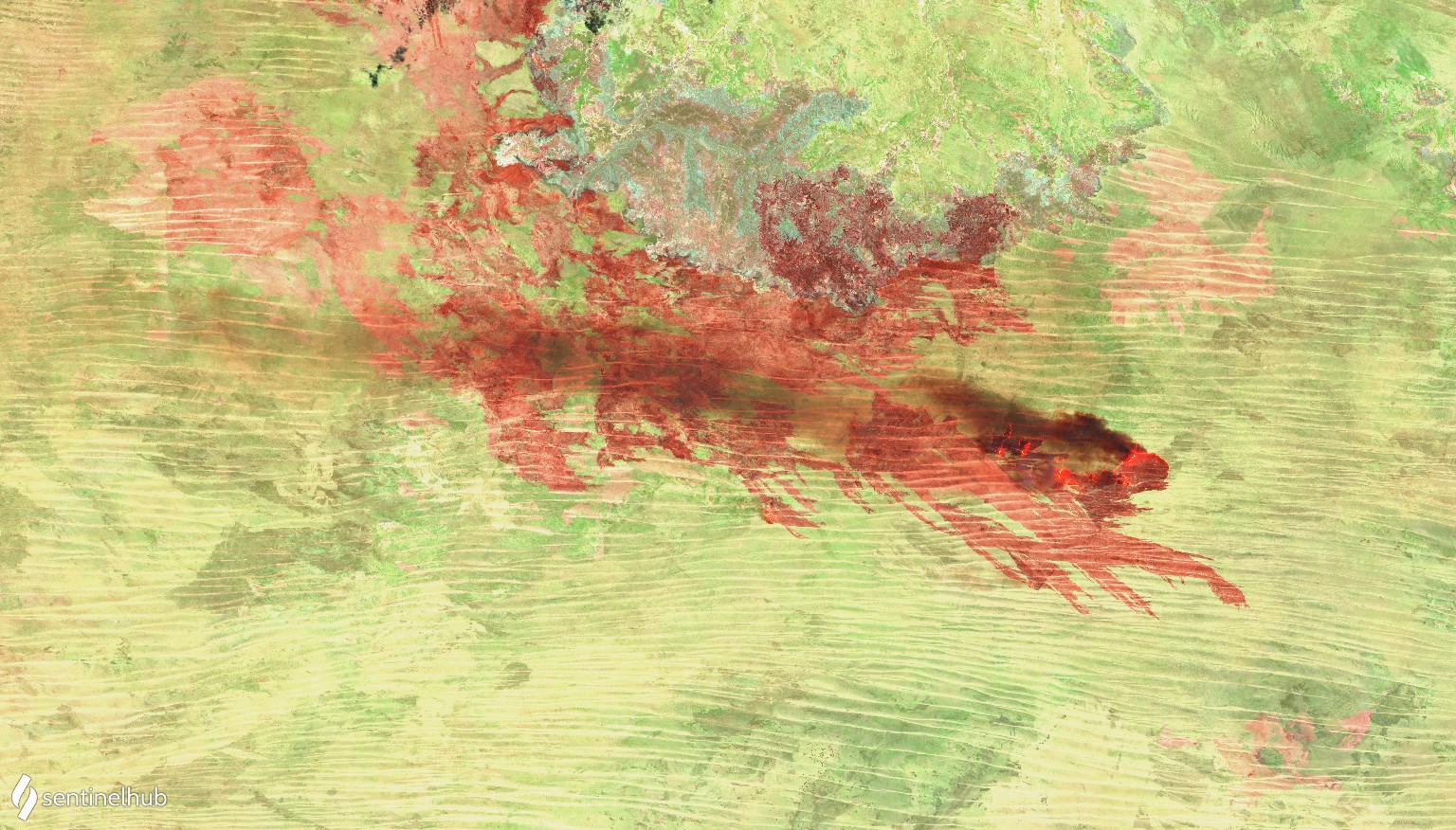 Images: Natural (top) and false colour (bottom) satellite images of a fire about 200 km to the southeast of Broome, WA on Monday. Source: Sentinel2-A satellite via Sentinel Hub / Sentinel Playground.

Rising heat and smoke from Monday’s fires helped produce clouds over parts of northern WA. The heat from fires causes air to rise and the smoke contains particles that can help water vapour in the air condense into small droplets of water.

Some of the clouds produced by Monday’s fires went on to produce lightning, which can be seen in the animation below.

It is common for fires and thunderstorms to reinforce each other in Australia. Lightning can start a fire one day, then this fire can grow and go on to produce more thunderstorms. The lightning from these storms can then start new fires, which cause more storms and the cycle continues.

Thunderstorm clouds that are produced by fires are called pyrocumulonimbus clouds, which were a common occurrence in Australia’s devastating Black Summer fires in 2019/20.

Recent research suggests that the conditions which give birth to pyrocumulonimbus clouds may become more common in our future climate.