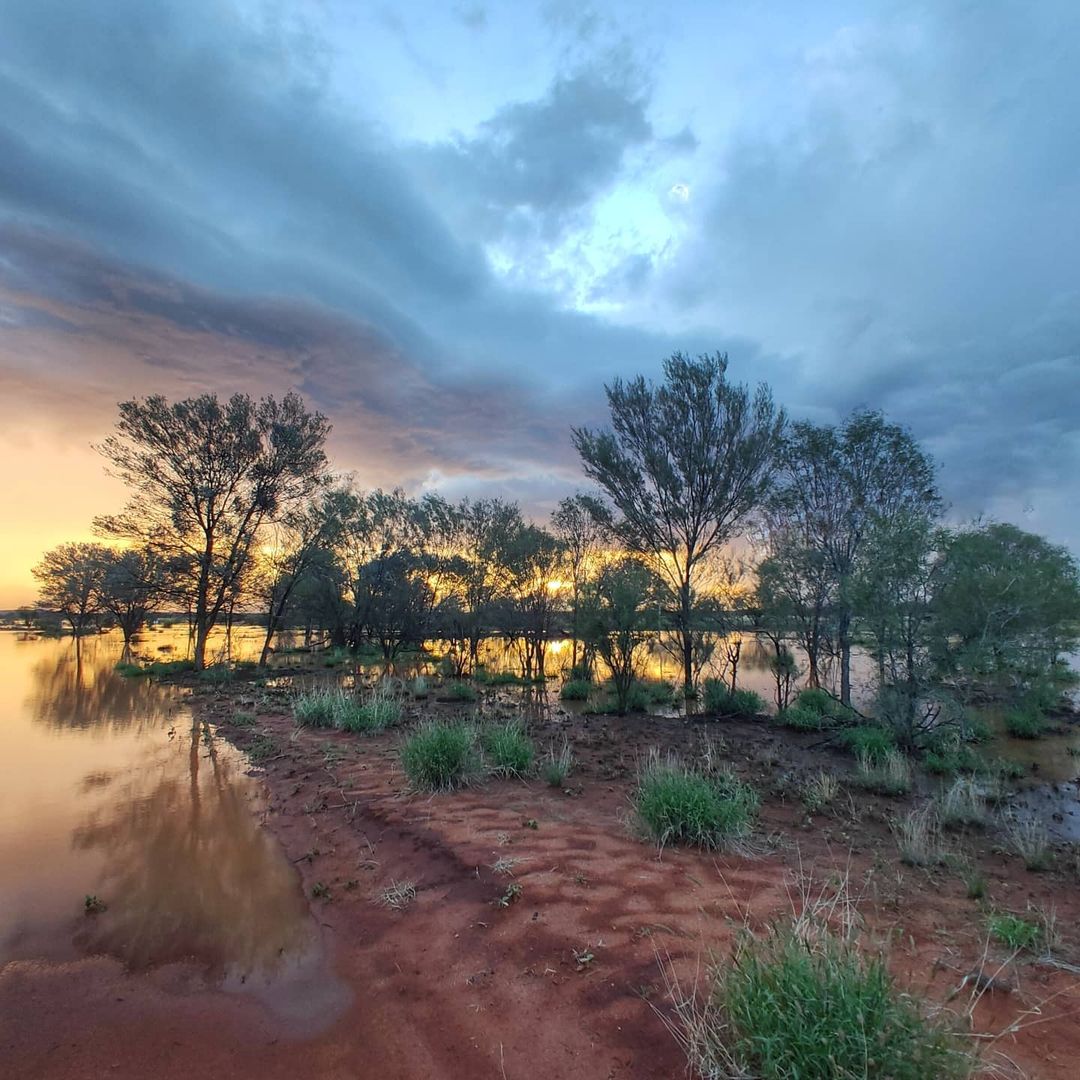 Heavy rain has brought outback rivers to life in central Australia this week, with satellite images revealing just how much the landscape has been transformed by the influx of water.

A large mass of rain-bearing clouds being triggered by a developing low pressure system and fuelled by tropical moisture caused widespread and heavy rain over central Australia earlier this week.

During the five days ending at 9am on Thursday, Alice Springs Airport received 153.4mm of rain. This is around five months' worth of rain for this time of year.

The soaking also included 100.2mm in 24 hours, which was the heaviest daily rain in 21 years at Alice Springs.

Unsurprisingly, the mighty Todd River has been flowing steadily following this week's downpours. There was also enough rain this week to cause waterfalls on Uluru, sending veins of water flowing down the cratered sides of the red monolith. Image: A serene scene after heavy November rain, from a Station near Tanami Road in the NT. Source: @shellandluke / Instagram

But as impressive as the response to this week's rain is when viewed from the ground, the transformation of the landscape has also been visible from space.

The Sentinel-2A satellite captured the two images below exactly one week apart, the first on Thursday last week and the second on Thursday this week. The images above use artificial colours to enhance the features detected by the satellite. Light green colours show land and dark blue is water.

With the past week's drenching, Alice Springs has now collected 196.2mm of rain so far this month, making this its wettest calendar month since January 2001.