One of this year's strongest systems hitting WA 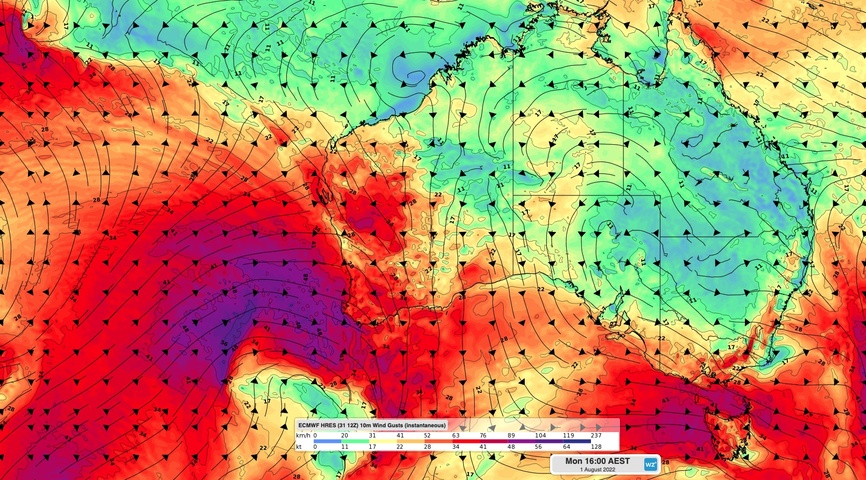 A long-lasting rain, wind and storm event will impact southwestern Australia during the next 72 hours as a series of strong cold fronts sweep across the region.

These fronts will produce the kind of weather you only see in WA about once a year, with strong and potentially damaging winds expected to last several days across the state’s west and southwestern.

Strong winds, showers and thunderstorms are set to continue throughout Monday, which has prompted a Severe Weather Warning for damaging winds, heavy rainfall and damaging surf.

Wind gusts could exceed 90km/h on Monday across parts of the state's west and southwest, extending to parts of southern WA late Monday into Tuesday. Localised destructive wind gusts are also possible with thunderstorm activity.

These winds are likely to be strongest near the coast or nearby inland and could cause damage to homes and property. The map below shows one model’s wind gust forecast during Monday afternoon. 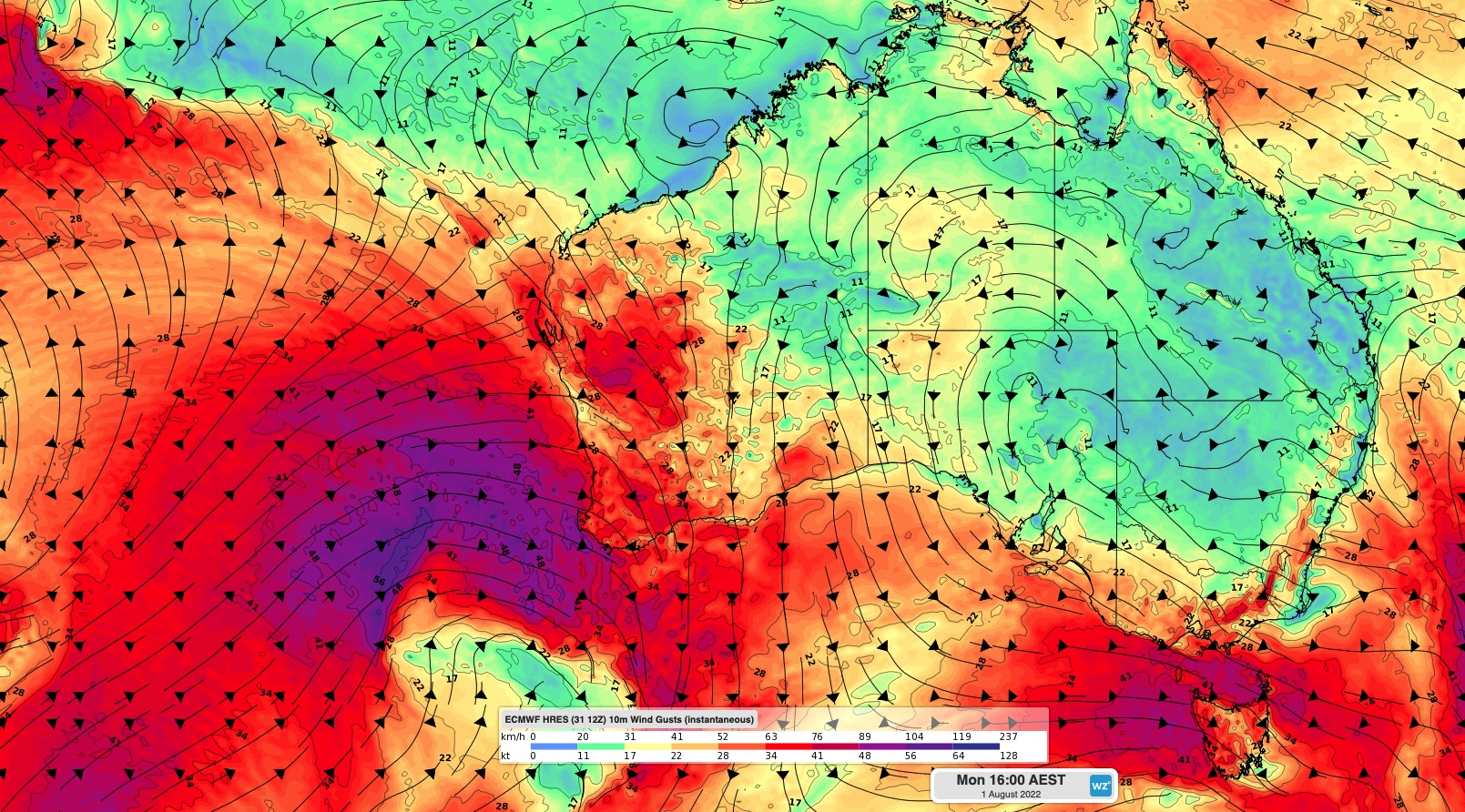 Image: Forecast wind gust speed and direction at 2pm AWST on Monday, according to the ECMWF-HRES model.

The fierce winds, showers and thunderstorms should continue Tuesday and Wednesday as a series of cold fronts move over the region and associated low pressure systems pass to the south of the state.

Heavy rainfall exceeding 30mm per hour could impact areas west of Bremer Bay on Monday, particularly coastal or nearby areas. The map below shows the rainfall forecast by one computer model during the next three days. 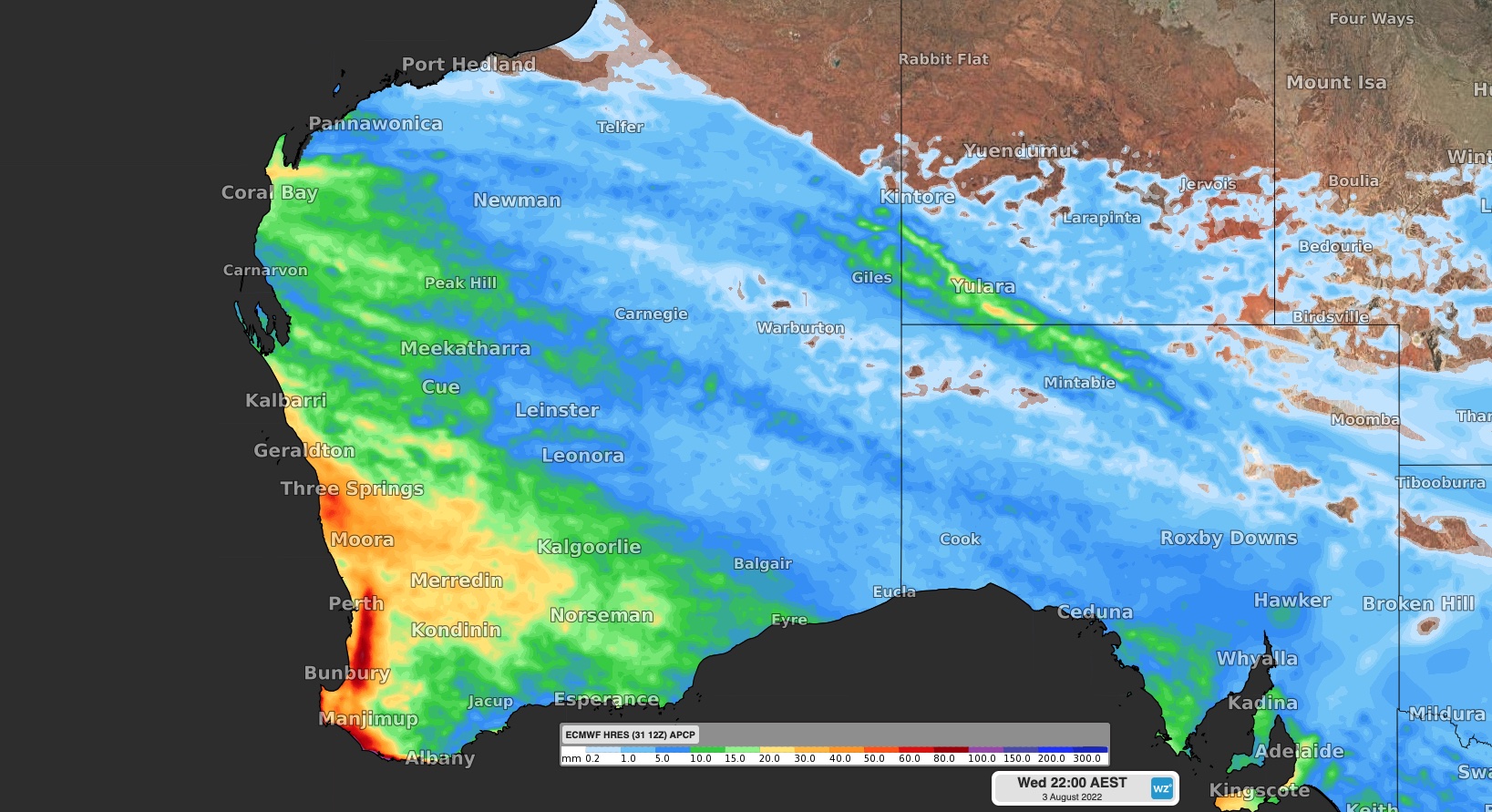 Image: Forecast accumulated rain between Monday and Wednesday according to the ECMWF-HRES model.

A sheep graziers warning has also been issued for the Lower West, South West, South Coastal, South East Coastal, Great Southern and Central Wheat Belt forecast districts, where the cold temperatures, rain and blustery winds may pose a threat to livestock on Monday and Tuesday.