Nature's fireworks light up the skies of the Top End 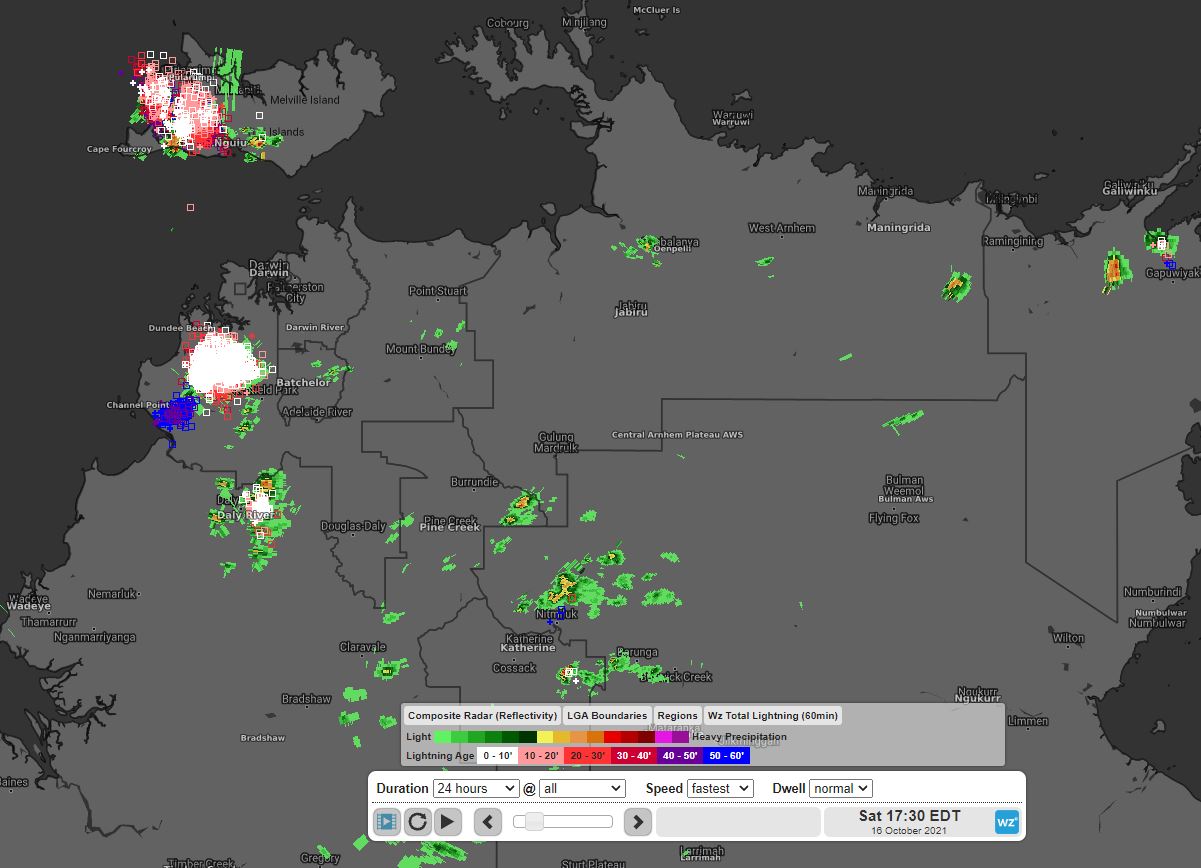 Storms sparked to life over parts of the Top End and Tiwi Islands on Saturday afternoon with some lingering late into the evening.

Storms initially flared up over far eastern parts of the Arnhem district but it was not long before western and central parts, along with the Tiwi Islands, saw storms as well. The storms were triggered by a broad low-pressure trough lingering over much of the Northern Territory. The instability created by the trough combined with the warm, moisture laden air over northern parts of the territory provided the necessary ingredients to fuel the storms.

Storms mostly managed to dodge the weather stations however there were some decent rainfall totals including 20mm at Upper Seventeen Mile Creek and 18mm at Bradshaw. Although these totals were not overly high, the rain was very heavy at times, including at Bradshaw were 7.6mm of rain was recorded in just 10 minutes.

The storm also brought welcome relief to the oppressive heat of the day for those in Bradshaw. The maximum temperature there was 41.2 degrees - 2 above average for this time of the year. At 8pm it was still 37.5 degrees just before the storm moved over, which drew down colder air form the upper atmosphere, dropping the temperature to 22.5 degrees just after 9pm, this included a drop of five degrees in just 10 minutes.

Over 51,000 lightning strikes were recorded across the Top End and Tiwi Islands during Saturday afternoon and evening, including over 3000 ground strikes.

The low-pressure trough will continue to linger over the Top End on Sunday, bringing further risks of storms.