More hot days ahead in Perth

Perth is about to add another few very hot days to its already record-breaking tally of 11 40ºC days so far this summer.

At the start of this week, the city had already registered 11 days at or above 40ºC so far this season. This beat the previous record of seven days from the summer of 2015/16.

The most recent heatwave, which occurred between January 18 and January 23, also produced Perth’s first string of six consecutive 40ºC days on record. The previous record was four. 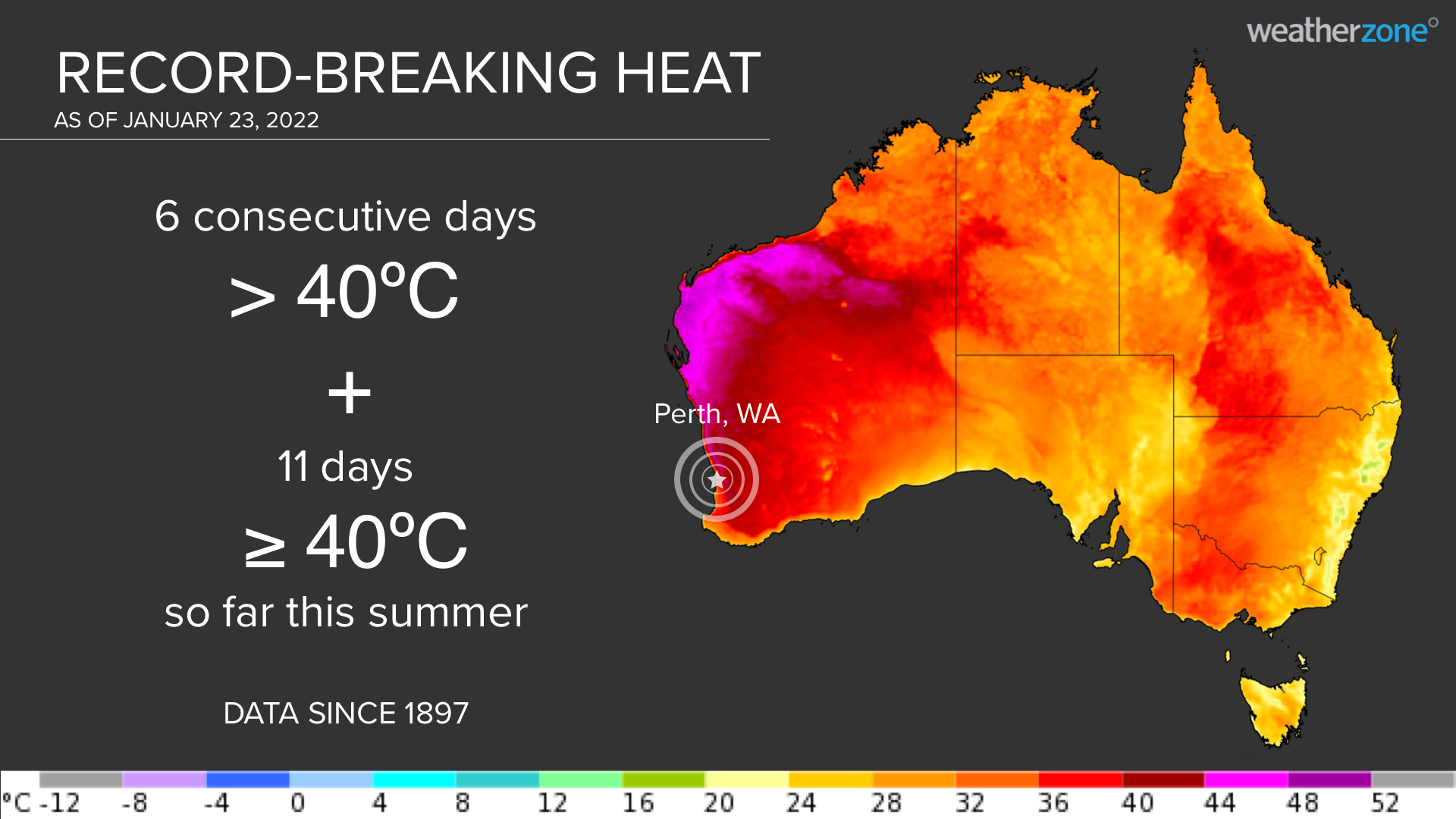 But while this has already been a record-breaking summer in Perth, it’s not over yet.

The city is forecast to get near 40ºC again this weekend. Maximum temperatures could reach about 39ºC on Saturday and 36 to 37ºC on Sunday and Monday. 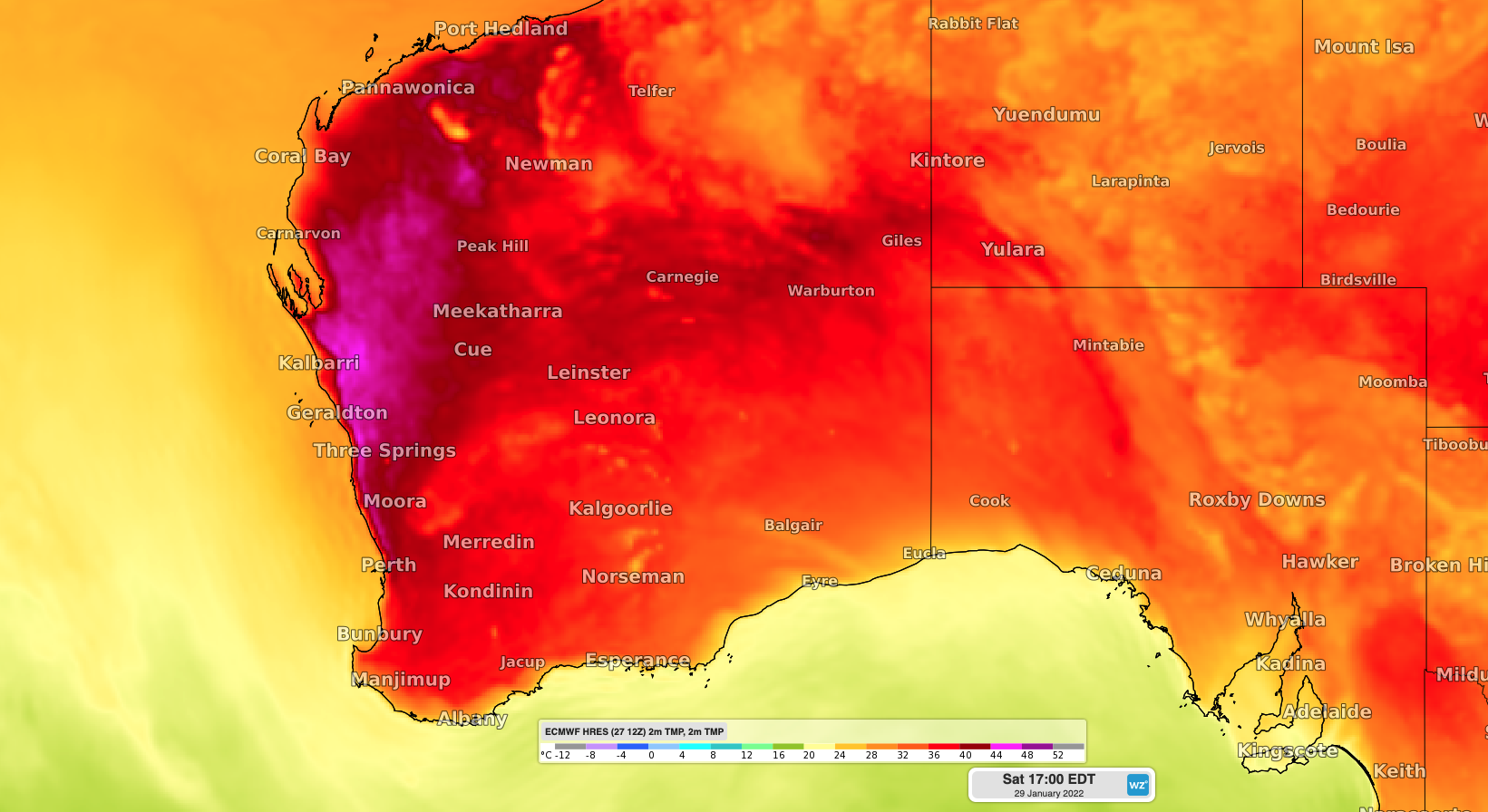 The impending heat has the potential to add another 40ºC day to the summer tally, on Saturday, which would extend this season’s record.

Slightly cooler southerly winds will bring some relief from the heat in Perth from Monday, although maximum temperatures should still reach the low-to-mid thirties every day next week.

This month’s record-breaking heat in Perth has been caused by several factors: