Remember summer? It's that season that comes around for a quarter of each year and supposedly delivers warm temperatures to the whole of Australia – including southern regions that are much cooler during the rest of the year.

Well, Hobart, Melbourne and Adelaide have gotten a nice little reminder that today, December 1, is indeed the first day of summer, with temperatures topping 30°C in all three cities.

It's the first time since 1999 that those three cities have all exceeded 30°C on day one of summer, and it's also a welcome change from what was a very cool, wet November in large parts of Australia – with monthly average temps falling below average in many centres in Australia's south and east 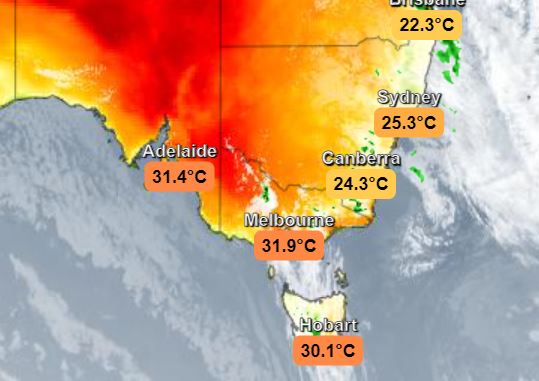 We'll be telling you more about just how cool November 2021 turned out to be as monthly summaries become available later today or tomorrow.

But for now, suffice to say that November was dominated by wet, cloudy and therefore cooler conditions.

So for those of us who live, in Melbourne, Adelaide and Hobart… enjoy this taste of summery weather that has arrived not a day too soon – as things will cool down significantly for a couple of days as the working week comes to an end.