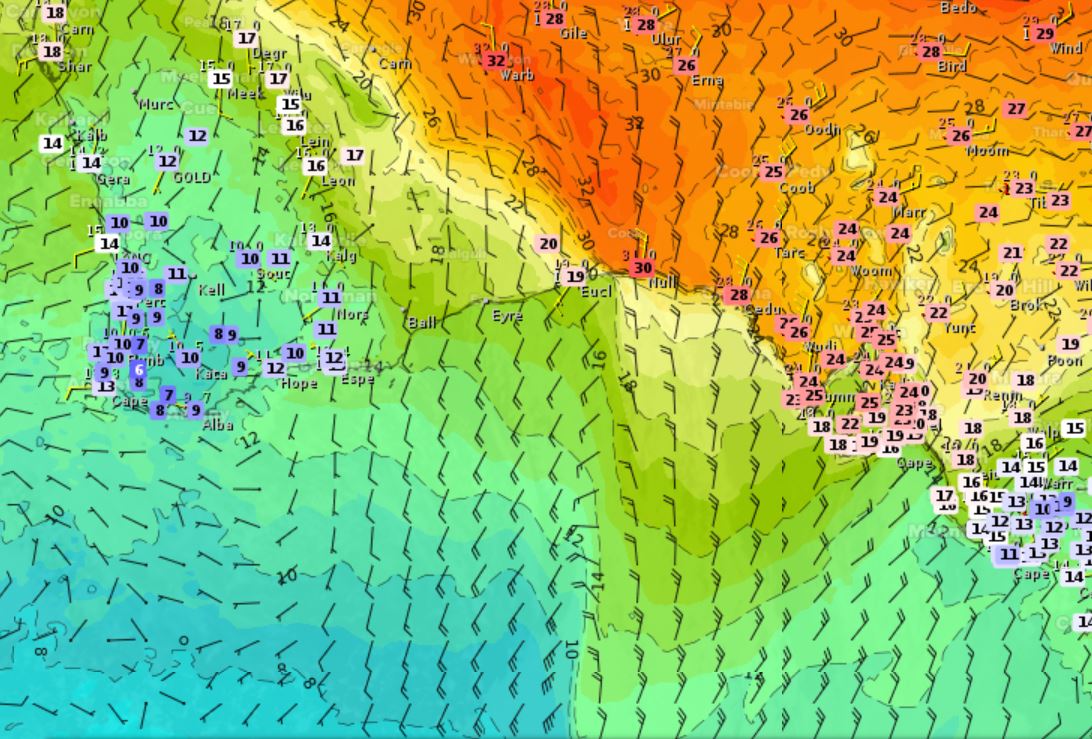 Temperature discrepancies of more than 20 degrees are being experienced along the vast extent of Australia’s southern coastline on Tuesday morning, due to two distinct weather systems.

In the west, a cold front that passed through southwestern WA late on Sunday into Monday has now progressed eastwards, reaching the South Australian border in the early hours of Tuesday morning.

Ahead of it, northerly winds are dragging down hot dry air from the interior, which is why much of South Australia will experience temps in the 30s or above today, while many localities in southern WA will struggle to reach the mid teens.

Meanwhile in the southeastern corner of the country, skies will stay mostly clear but maximums today will be kept in the mid to high teens in Tasmania and southern Victoria due to a low pressure system in the Tasman Sea funnelling cool southeasterly winds over the region.

The effects of that system will dissipate in the next 24-48 hours as the warmer weather moves across from the west.