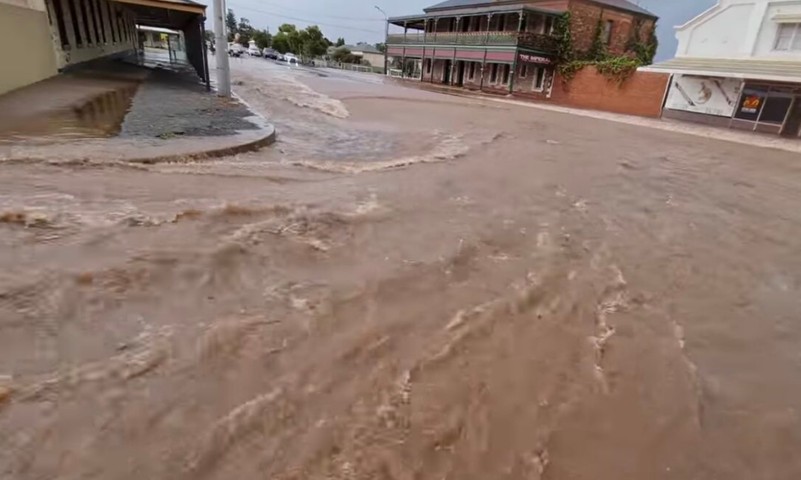 The outback NSW city of Broken Hill has had its heaviest rain in a decade, with some locals claiming it was the heaviest on record, as severe storms swept through town on Tuesday evening.

A total of 72.4 mm fell at the official BoM weather station at Broken Hill Airport on the southern fringe of town. But a few kilometres further north in the centre of town, locals with weather gauges reported twice that much, according to the ABC.

Whatever precise totals of rain fell in various parts of town between about 4 pm and 11 pm on Tuesday evening, it left the city awash. Streets turned to mud, then swift-flowing rivers, as cars began floating through the centre of town.

A number of vehicles have been inundated by flood water in #BrokenHill. Reports of rainfall from 20mm through to 132mm and still raining. ðŸŽ¥ Jason King pic.twitter.com/OLtL3Ba55W

Tragically, a 56-year-old man was killed when he was trying to help friends in floodwaters. The man became trapped in a pipe and was unable to be revived when authorities found him.

Broken Hill has no underground storm water drainage system, which is the main reason why water was flowing so swiftly and dangerously through town.

Broken Hill Local Kirsti Miller, who supplied some of the images on this story, told Weatherzone she has travelled all over the world and experienced cyclone weather, but this storm was as fierce as anything she has experienced in her 57 years.

"Most of the houses out here are made of corrugated iron and we couldn't here ourselves think," she said. "Between the rain and thunderstorms, the house was shaking."

Library and the Cnr Beryl and Chloride Streets pic.twitter.com/7xaALqmXm5