Lines of severe storms hitting SA, with more dangerous weather on the way 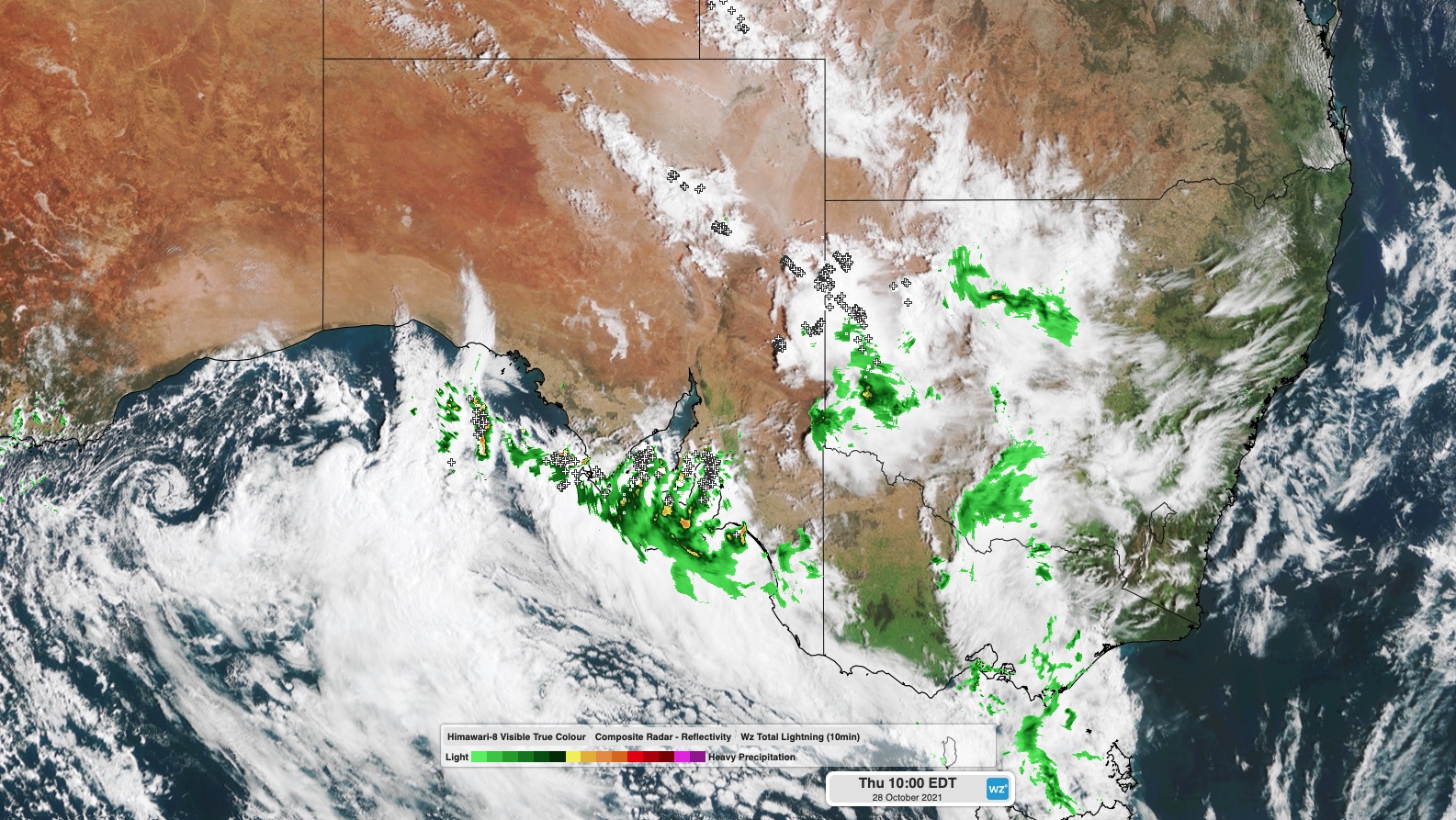 Several lines of heavy rain and severe thunderstorms are moving over southern districts of SA this morning, kicking off two days of dangerous weather in southern Australia.

The animation below shows lines of intense storms moving from west to east across SA's Yorke and Eye Peninsulas on Thursday morning.

The image below shows that thunderstorms have also been sweeping across some eastern areas of SA on Thursday morning as well. Image: Composite satellite, radar and lightning strikes at 10am AEDT on Thursday.

A detailed severe thunderstorm warning was also issued for the Adelaide area shortly after 9am local time, as the first in a series of severe storms approaches the city from the west.

There is also a severe weather warning in place across most of SA today for damaging winds independent of thunderstorms.

Today's dangerous weather is being caused by a deepening complex low pressure system and associated trough, which are crossing SA this morning and heading towards NSW, Vic and Tas.

The low and trough will continue to produce severe storms and damaging winds over SA throughout Thursday.

Showers, potentially severe storms, areas of heavy rain and strengthening winds will also spread into western NSW, Vic and Tas today and tonight. Warnings for severe thunderstorms, damaging winds or flooding are already in place in each of these three states.

The impending storms have also prompted a 'high risk' alert for thunderstorm asthma in western Victoria on Thursday, with the Victorian Department of Health issuing the alert for the state's Mallee, South West and Wimmera districts.

A high-risk of epidemic #ThunderstormAsthma is forecast in the Mallee, South West and Wimmera districts tomorrow.
This is the first high risk of the season and a good reminder to be prepared. 1/2 pic.twitter.com/kAeHLkHxXk

One of the main threats during Thursday night and Friday morning will be heavy rain over western Vic and Tas, hear and to the west of the complex low pressure system. This rain has the potential to cause both flash and riverine flooding.

The heavy rain and strong, potentially damaging winds will contract to Tasmania and Victoria on Friday morning as the low pressure system moves over Bass Strait.

Calmer weather will return from Friday afternoon and night as the low finally moves out into the Tasman Sea.