Like a breaking wave in the sky over Melbourne Melbourne was treated to a spectacular sky display as a fast-moving but intense storm raced across the city around 5 pm.

The storm was accompanied by a shelf cloud - which the Bureau of Meteorology describes as a low, wedge-shaped cloud formation usually attached to a cumulonimbus, or thunderstorm, cloud, formed by the interaction between a downdraft of cool air coming out of the storm, and an updraft of warm air rising into the storm.

This one was taken by Melbourne GP Dr Peter Morris who was out on the Mornington Peninsula. Wait'll you see his next shot. 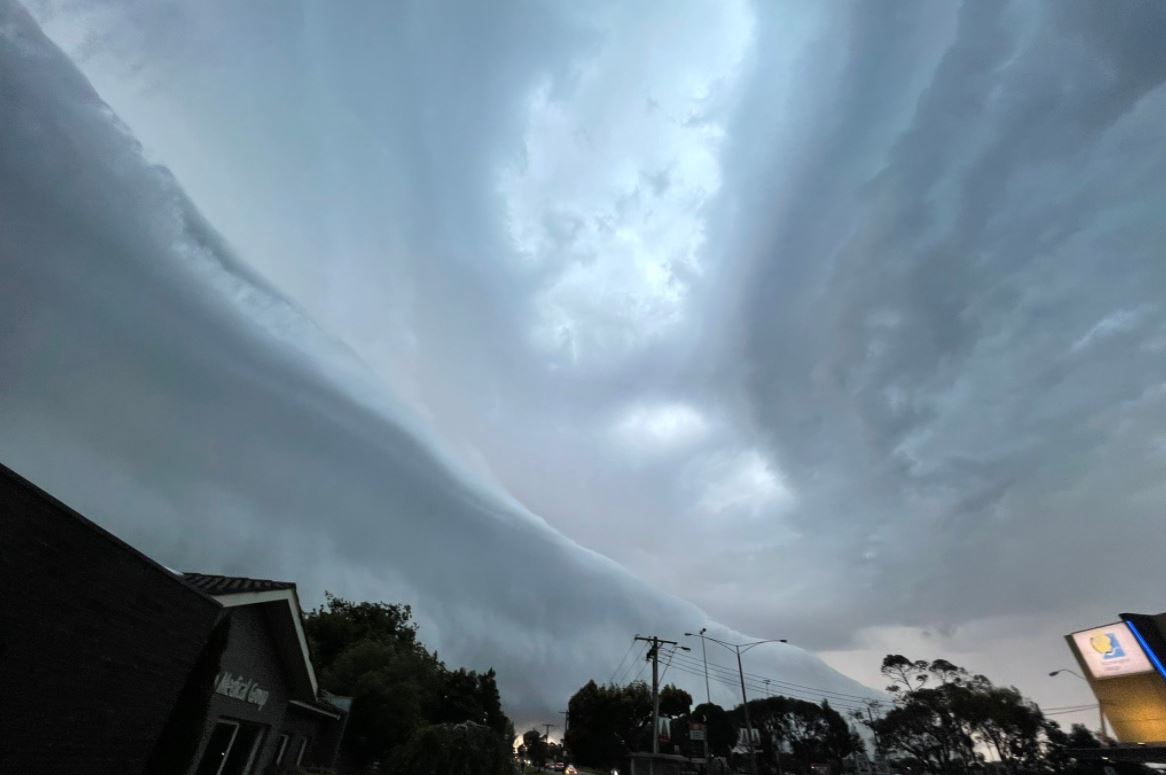 Here's Dr Pete's second pic. It looks like a wave breaking across the sky.

Meanwhile plenty of Melbourne locals took to social media to share their images of the storm, which dumped moderate rain totals in the vicinity of 2-11 mm across the city.

Melbourne will be cooler on Friday with an expected top of 20 degrees and calmer conditions.