Lightning: The weather phenomenon that can't be ignored in business/mining 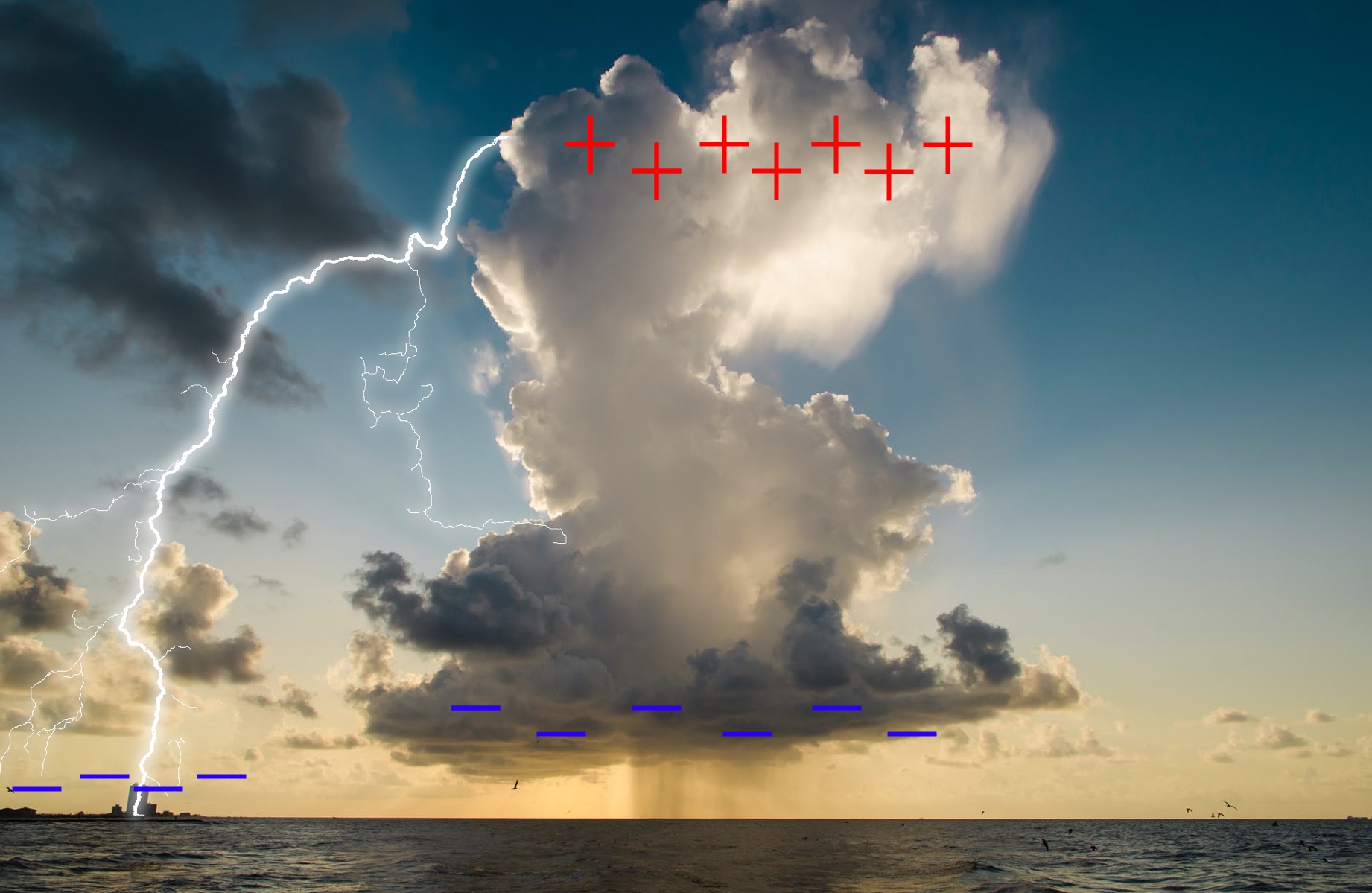 Lightning is one of the most dangerous weather phenomena to businesses across Australia.

Producing weather's most spectacular display, it is equally as fascinating scientifically and is the result of electrical discharge that occurs between clouds, within a cloud and from cloud to ground.

Lightning and thunderstorms can occur at any time of the year in Australia. However, they occur most often during the warmer months from September to March. Thunderstorms crave the warmth and humidity, which is abundant during this time.

How does it occur?

Lightning is produced by thunderstorms or very tall storm clouds known as cumulonimbus. These tall clouds consist of both water droplets and ice crystals, which crash into each other as they move up and down in the cloud.

This process causes a positive charge to develop at the top of the cloud, while a negative charge forms at the bottom (figure 1). You may have heard the term, 'opposites attract' and this is certainly the case with lightning, which occurs between the opposite charges (lightning between positive and negative charges in figure 1). Weatherzone owns and operates the Weatherzone Total Lightning Detection Network, one of the most advanced networks of its kind in the world. The capability to detect strike accuracies down to 100m, supports dangerous thunderstorm alerting, which is imperative to outdoor operations and infrastructure.

Measuring the strike rate of a lightning within a thunderstorm, Weatherzone is able to deploy PulseRad. Pulserad is an alternative for radar in areas with little or no radar coverage. Updating every minute, it enables precipitation to be forecast, advanced warning and nowcasting of building storms, ensuring accurate alerting with increased lead times.

Weatherzone is trusted by clients across the globe to improve safety, optimise efficiency and provide early warnings of thunderstorm and heavy rainfall risk.

Closing the loop on Lightning Alerting, Weatherzone has developed a robust onsite alerting system known as a WZBOB. WZBob’s are proven visual and audio site solution aimed at mine sites that can be linked to radio networks for site wide awareness of lightning risk (figure 2).

WZBob use a combination of light beacons and sounders, which are installed on site according to location and topography. WzBob is the complete solution for lightning alerts for your business (figure 2).

The accuracy of lightning saves hours of downtime for business and ensures safe operations for our clients and below is a testimony.

"We are extremely happy with the service and with Weatherzone in general and can’t recommend them highly enough. We estimate their accuracy of lightning detection has saved us about 70 hours of downtime this year already compared to the old system we used (single site lightning system which is not overly accurate)." – Mine Manager, Australian Gold Mine

For more information on any of our lightning serves, please contact us at business@weatherzone.com.au.