How has this heavy rainfall impacted the aviation industry? 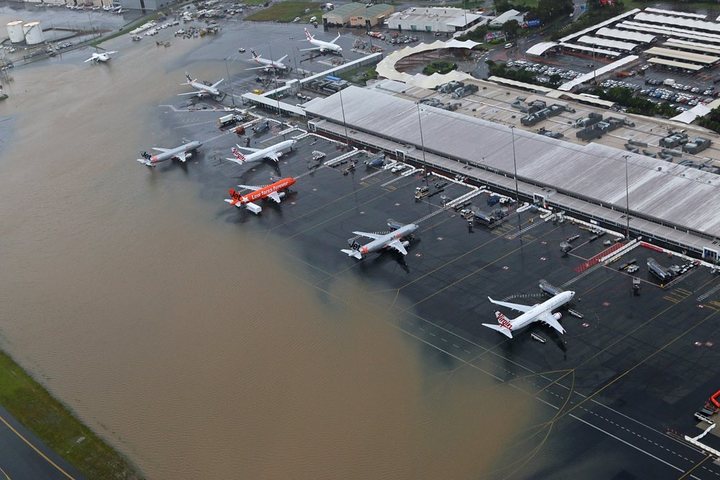 It has been a challenging week across NSW airports with heavy rain, thunderstorms, strong winds and low cloud all impacting the aviation industry.

This week’s heavy rainfall has been caused by another East Coast Low which developed in the early hours of Tuesday morning. This system caused heavy rainfall and flooding across Sydney’s Northern Beaches, with Allambie recording 120mm in 7 hours to 4pm Tuesday, March 8.

Sydney’s southwest has also seen heavy rainfall over the Georges River, prompting an evacuation of thousands of residents.

Sydney airport's largest daily rainfall total this week was 80.2 mm to 9am on Tuesday, March 8, followed by an additional 44.8 mm up to 9am on Wednesday.

Does this rainfall affect aircraft?

Weather can significantly affect aircraft operations. Thunderstorms, heavy rain, low cloud and fog can all reduce visibility at or around airports, often causing delays and disruptions to flight schedules.

While heavy rain doesn’t usually affect aircraft directly when it’s in the air, the winds that can be associated with heavy rainfall or thunderstorms can cause turbulence and pose challenges to pilots during the flight.

Heavy rainfall itself does not cause too many disruptions on the ground either, however associated low cloud, wind and poor visibility can.

On Tuesday afternoon, Sydney Airport's visibility dropped down to 1000 metres, with much of the sky covered by cloud bases sitting at around 900 feet, as heavy rain moved over the area.

While each aircraft and airport have different criteria in which they can take off and land in, the visibility and cloud height observed on Tuesday afternoon is likely to have caused significant disruptions.

Bad weather not only affects the number of planes that can land but can also reduce the number of aircraft that can take off during any given hour, disrupting flight schedules and causing delays.

During periods of adverse weather, aircraft also must carry additional fuel, increasing the cost of each flight.

Heavy rain or thunderstorms can produce strong wind gusts, as cool dense air moves towards the surface with the rainfall or hail. These gusts create turbulence and may cause issues as the aircraft takes off or lands.

The historic rainfall and flooding event in the last fortnight caused some runways in NSW to be submerged in flood water. The image below shows parts of the runway underwater at Gold Coast Airport on Monday, February 28 2022. 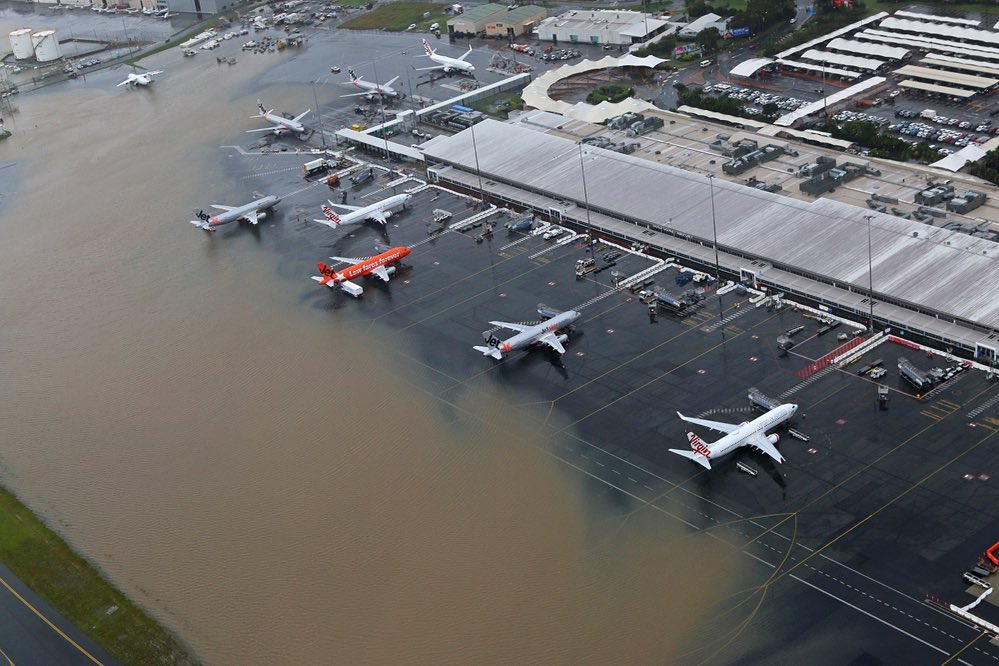 How can Weatherzone help the aviation industry?

Weather has a significant and wide-ranging impact on the aviation industry, and poor management of meteorological elements can have devastating effects on safety, operating costs and reputation.

Weatherzone understands the aviation industry and the complex and stringent requirements in place, as well as the need to ensure operational efficiency is maximised.

We provide a wide range of products and services that suit airports (ground operations), small regional carriers and some of the world’s biggest airlines alike.

Whether the focus is on ground safety, optimising schedules, reducing diversions or managing logistics, Weatherzone’s Aviation services can help. For more information, please contact us at business@weatherzone.com.au.