Hints of another low pressure system for Australia's east coast 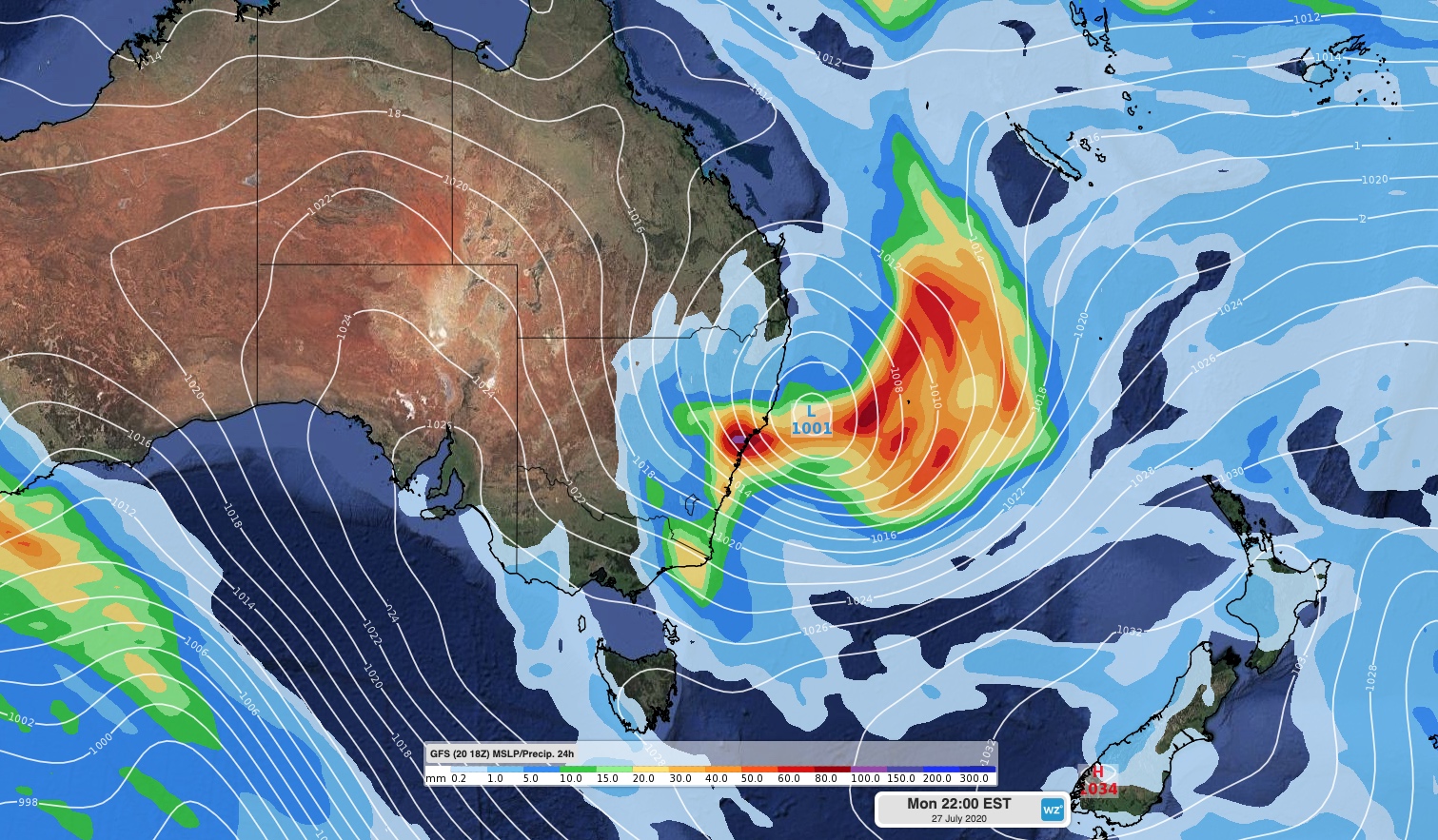 There are signs that a low pressure system could cause dangerous weather in eastern Australia at the end of this week and early next week, possibly bringing another round of damaging surf to the already-eroded NSW coast.

A series of upper-level troughs will pass over eastern and southeastern Australia during the next week. These broad pools of cold air aloft will cause cloudy, wet, and stormy weather in multiple states and territories over a number of days.

Rain and thunderstorms will initially develop over central and eastern Queensland on Wednesday and Thursday, mainly between the North Tropical Coast and the Wide Bay and Burnett Districts. Some of this rain will be heavy, particularly near the coast. Showery onshore winds could also extend to southeast Queensland and northeast NSW on Friday.

Things will start to become more dynamic on the weekend as the next upper-level trough moves over southeastern Australia.

Rain and thunderstorms should become widespread over NSW and southern Queensland on Saturday. Rain and wind could then intensify over eastern NSW from Sunday as a trough deepens over the western Tasman Sea, with some models even hinting at the development of a low pressure system within this coastal trough.

It's too early to know if and how this low pressure system will develop and evolve from Sunday into the start of next week. Some models indicate that it could strengthen into an east coast low, which could mean heavy rain, damaging winds, and damaging surf for parts of southeast Queensland, eastern NSW, and/or eastern Victoria. Image: Forecast mean sea level pressure and accumulated 24-hour rainfall on Monday night next week, according to the GFS model. Image: Forecast mean sea level pressure and accumulated 24-hour rainfall on Monday night next week, according to the ECMWF-HRES model.

If this low does spin up and produce damaging surf, it could become problematic for parts of the NSW coast that suffered from significant erosion during last week's run of large swells.

The details of this weather event are likely to change regularly during the rest of this week. Stay up to date with the latest forecasts and warnings for the most accurate information.