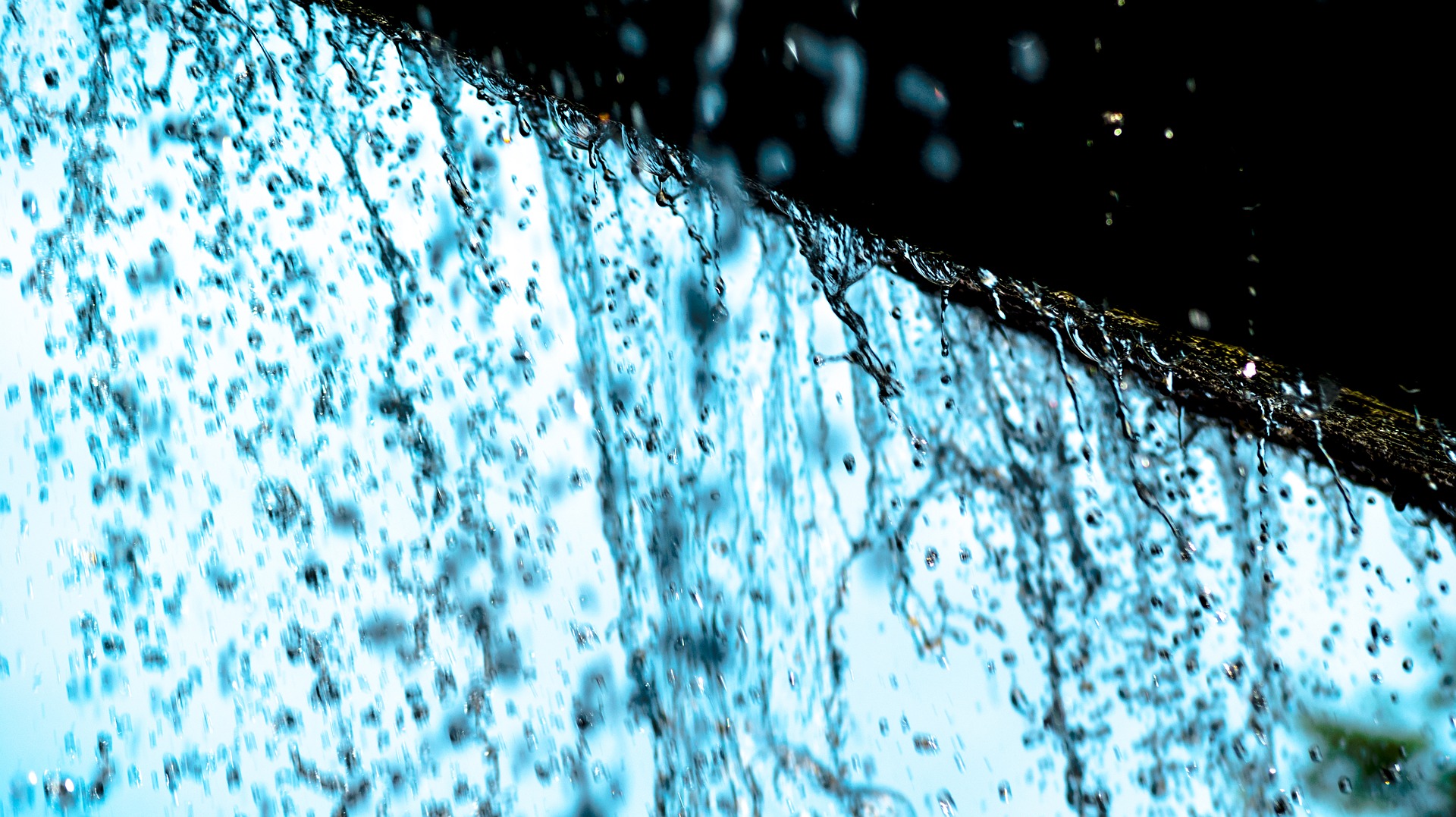 A low-pressure system will drive heavy rain and strong winds into south-eastern NSW and far eastern VIC during the next couple of days, with flooding possible in some areas.

An upper-level pool of cold air passing over NSW will allow a low-pressure system to develop at the surface, somewhere near the state's southern or central coast on Thursday and Friday.

This surface-based low-pressure system will cause two to three days of heavy rain, blustery winds and dangerous surf in southeast NSW and eastern VIC from Thursday.

The location and strength of the low will determine where the heaviest rain falls. Models currently suggest that two-day accumulated totals of 100-200mm are possible along the far south coast and ranges of NSW and far eastern VIC during Thursday and Friday, with localised falls over 200mm a chance near the coast. 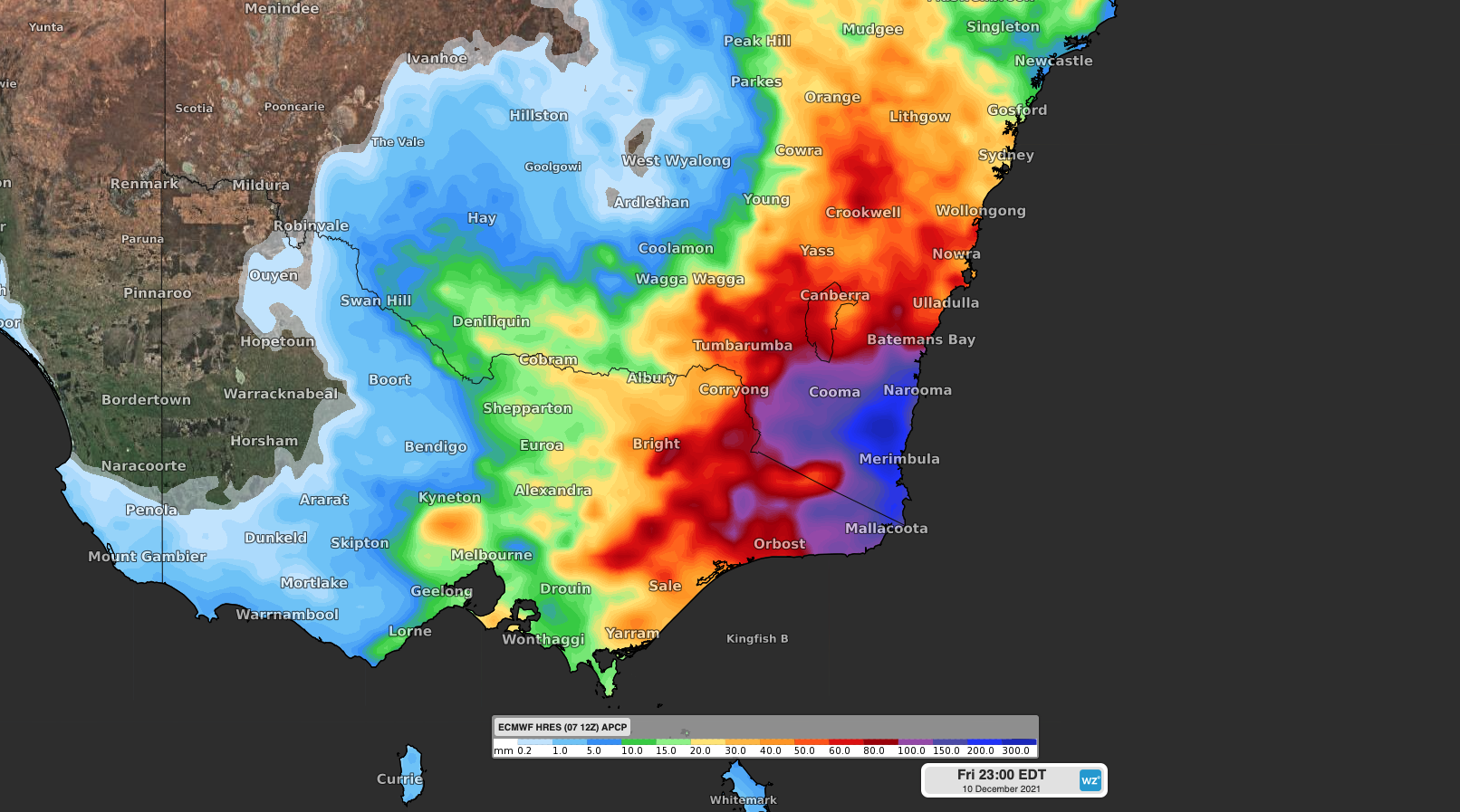 Image: Forecast accumulated rain between Wednesday, December 8 and Friday, December 10, according to the ECMWF model.

Moderate to heavy rain could also extend up to the central coast and ranges of NSW if the low tracks far enough north.

Damaging wind gusts are also possible along the coastal fringes and ranges near the low from Thursday into the weekend.

Fresh to strong east to southeasterly winds will initially focus on the South Coast and adjacent ranges of NSW on Thursday into Friday morning.

As the low pressure system become more well-defined over the western Tasman Sea from Friday, wind will turn more southerly along the NSW coast, strengthen, and extend further north. 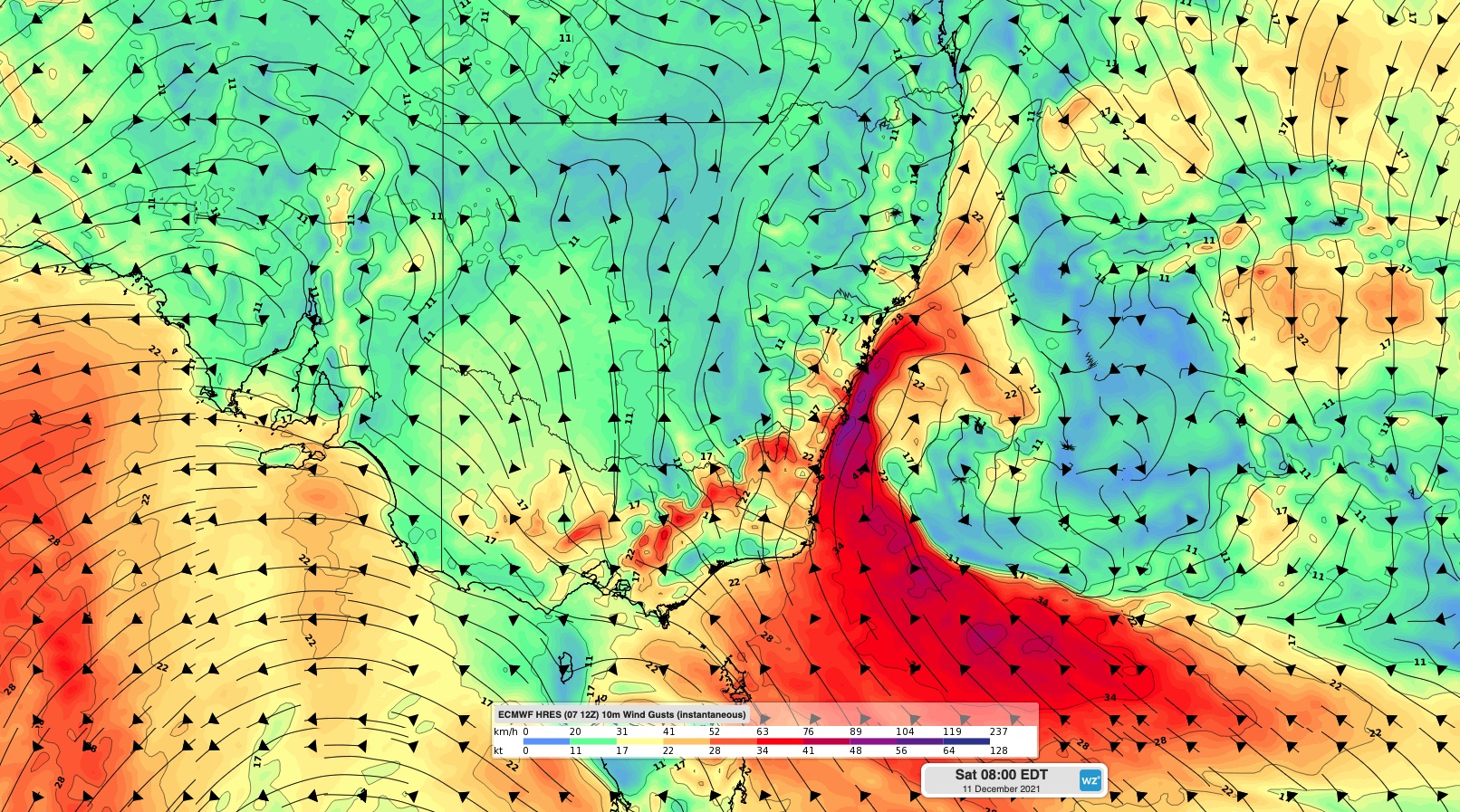 Image: Forecast wind gust speed and direction over southeastern Australia at 8am AEDT on Saturday, December 11, according to the ECMWF model.

Strong to gale force winds may develop between the South Coast and Sydney coastal districts from Friday evening into Saturday, as a powerful south to southwesterly change moves up the coast.

Wind will whip up large waves along the southern half of the NSW coast between Thursday and the weekend. 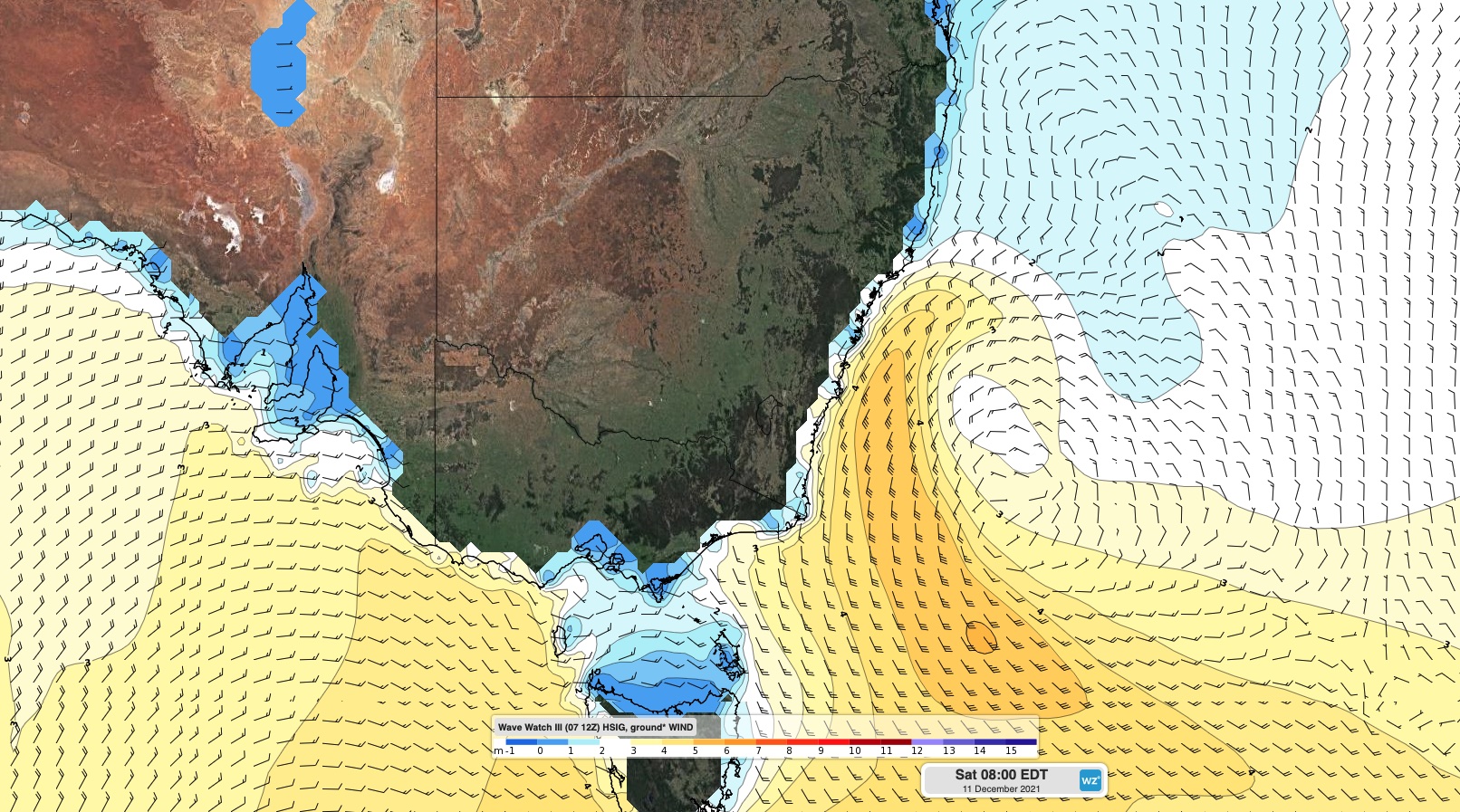 Wave heights are expected to reach 3-4 metres off the South Coast of NSW on Thursday and Friday. Similar wave heights will develop along the Illawarra, Sydney, and Hunter coasts from Friday into Saturday as the southerly change pushes up the coast.

Rain will ease in eastern NSW on Saturday and wind will back off gradually on Sunday as the low moves offshore. Large waves will linger into the weekend before easing early next week.