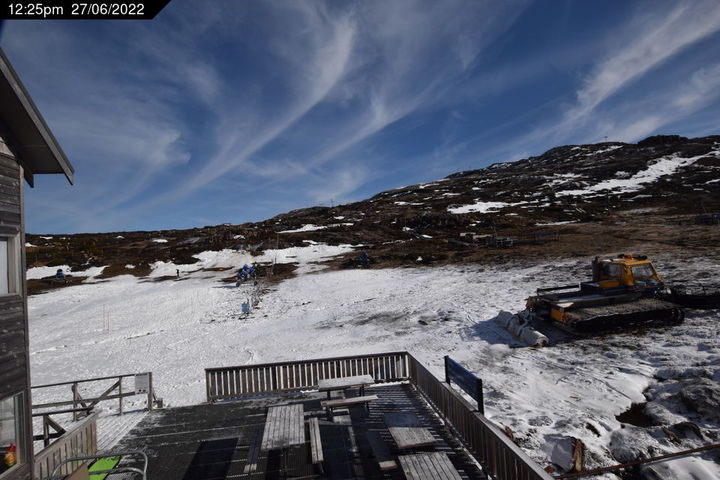 It snowed in Tasmania again on the weekend, as a cold front whipped though our southernmost state.

The front also clipped the southern reaches of the eastern mainland, leaving a few centimetres of snow in mountain regions of Victoria and southern NSW.

But this was predominantly a Tasmanian snow event, and while kunanyi/Mt Wellington above Hobart and large parts of Tasmania’s highland regions received decent falls, not every elevated part of the state saw the white stuff. 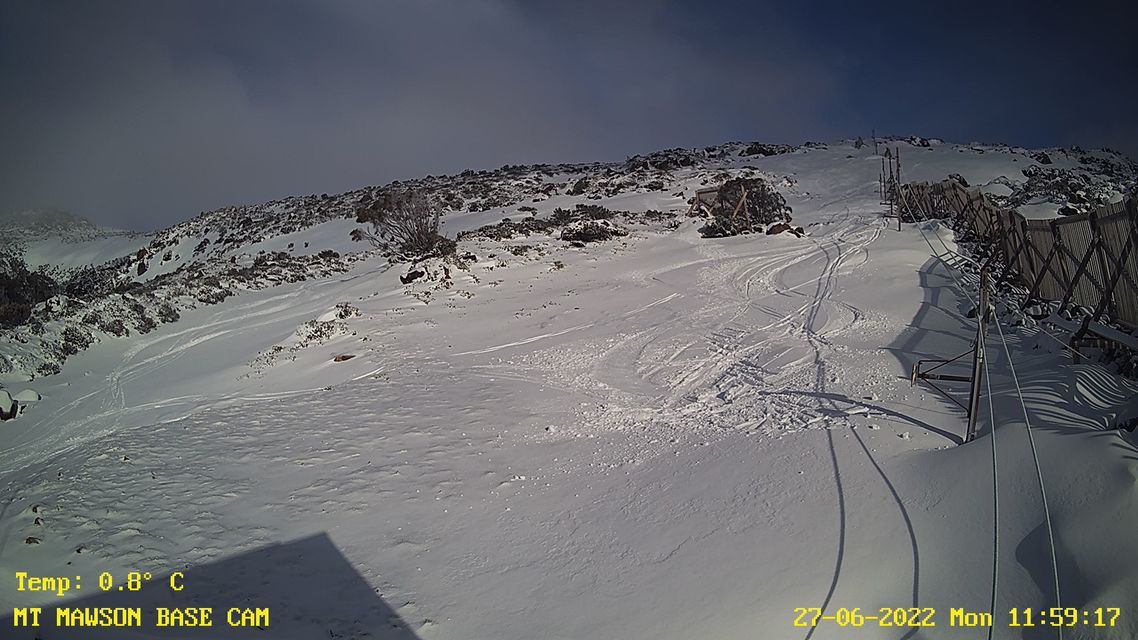 Image: As you can see from the date stamp, Mt Mawson, near Hobart, has a fresh cover today on what looks like a moderate base. Source: Mt Mawson.

Mainland Australians tend to think that if it's snowing in Tasmania, it's probably snowing pretty much everywhere above a certain elevation (a few lingering snow showers are forecast today above 600 metres).

But the weekend snowfalls bypassed one area where they would have been extremely welcome. We speak of the Ben Lomond Plateau in the state's northeast, about an hour east of Launceston.

The Plateau is home to the Ben Lomond ski field, Tasmania's only commercial snow resort. It has seven ski lifts, several of which opened earlier in June, but none of which are currently operational due to rain having washed away most of the cover over the last couple of weeks. 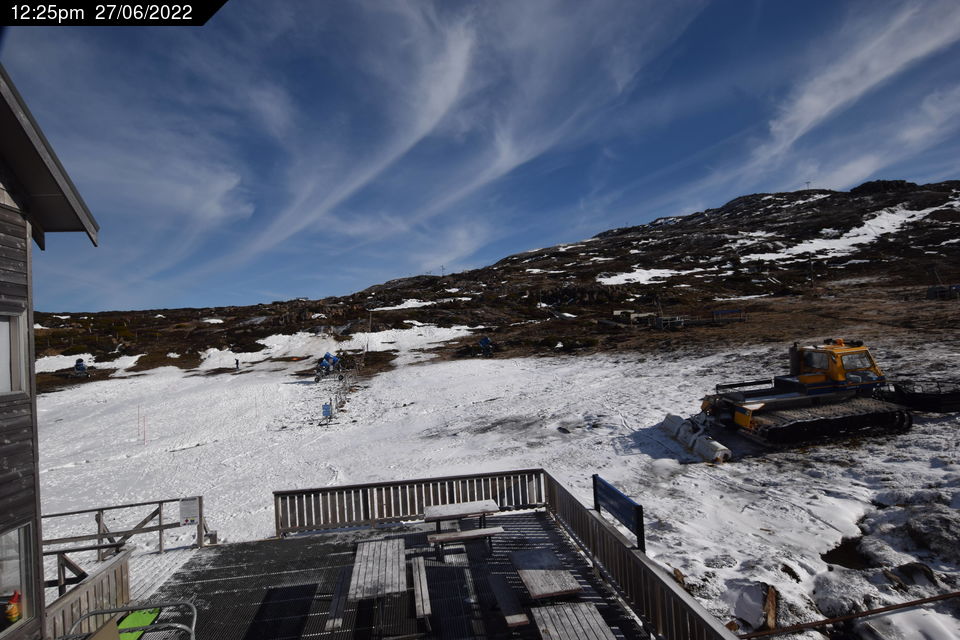 Image: They're pushing around what snow they can to make a basic toboggan slope, but there's only so much they can push. Source: ski.com.au.

It's fair to say that most of Tasmania's snow-bearing weather systems move in from the southwest, delivering the heaviest precipitation – frozen or otherwise depending on elevation – to the west, southwest, and south of the state.

Poor old Ben Lomond (the red pin below) sometimes misses out entirely in the classic southwesterly, a scenario which you can see illustrated really well on this chart from Sunday which shows the predicted 3-hour precipitation accumulation to 4 pm Sunday. 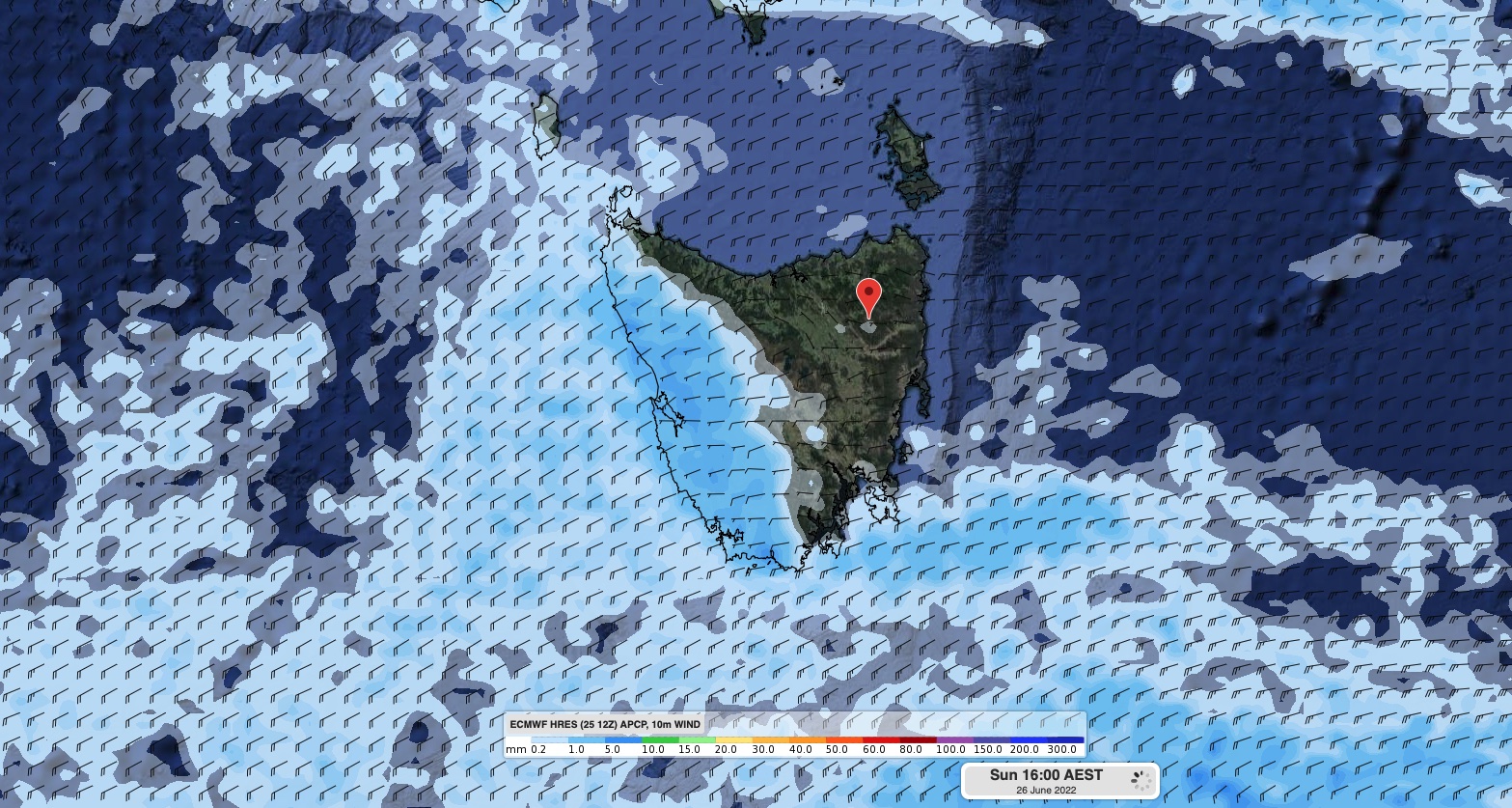 There just wasn't enough moisture in this system to penetrate to the northeast corner of the state.

Fortunately for Ben Lomond snow lovers, the reverse sometimes happens. Occasionally, the right combination of cold air and easterly winds delivers heavy snow to the Ben Lomond Plateau that the rest of Tassie largely misses out on.

And sometimes, the southwesterly is unstable enough to coat elevated parts of the whole of Tasmania with heavy snow, including Ben Lomond, which is more or less what happened ahead of the Queen's Birthday long weekend earlier this month.

For now, Ben Lomond's skiers, snowboarders and business owners look to the skies and wait with a mixture of anxiety and patience for a system like that one, while the hills closer to Hobart look nothing short of dazzling this morning.