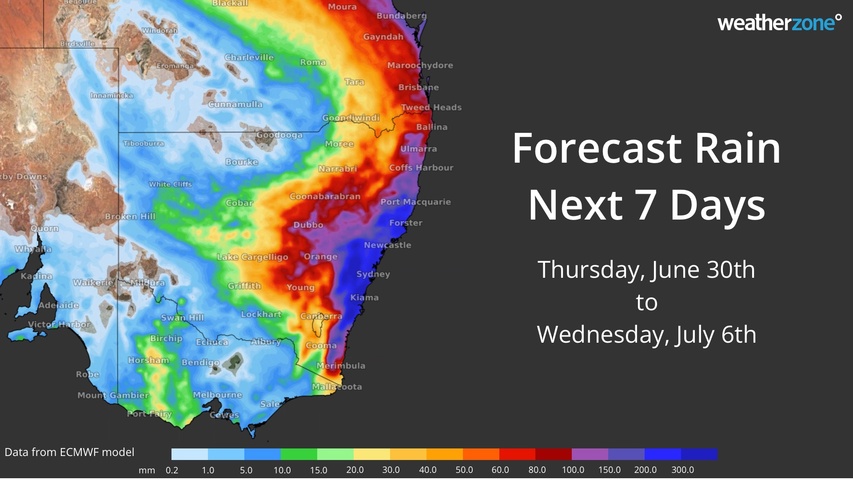 Sydney and surrounding areas of eastern NSW have been placed on flood watch today, with a prolonged period of heavy rain about to inundate a broad area of eastern Australia.

Moisture-laden air feeding into a deepening low pressure trough will produce rain over eastern areas of QLD and NSW every day from this Friday until the middle of next week.

The maps below shows how much rain one computer model is predicting between now and Wednesday next week. At this stage the heaviest rain in this period is expected to occur between Saturday and Tuesday. 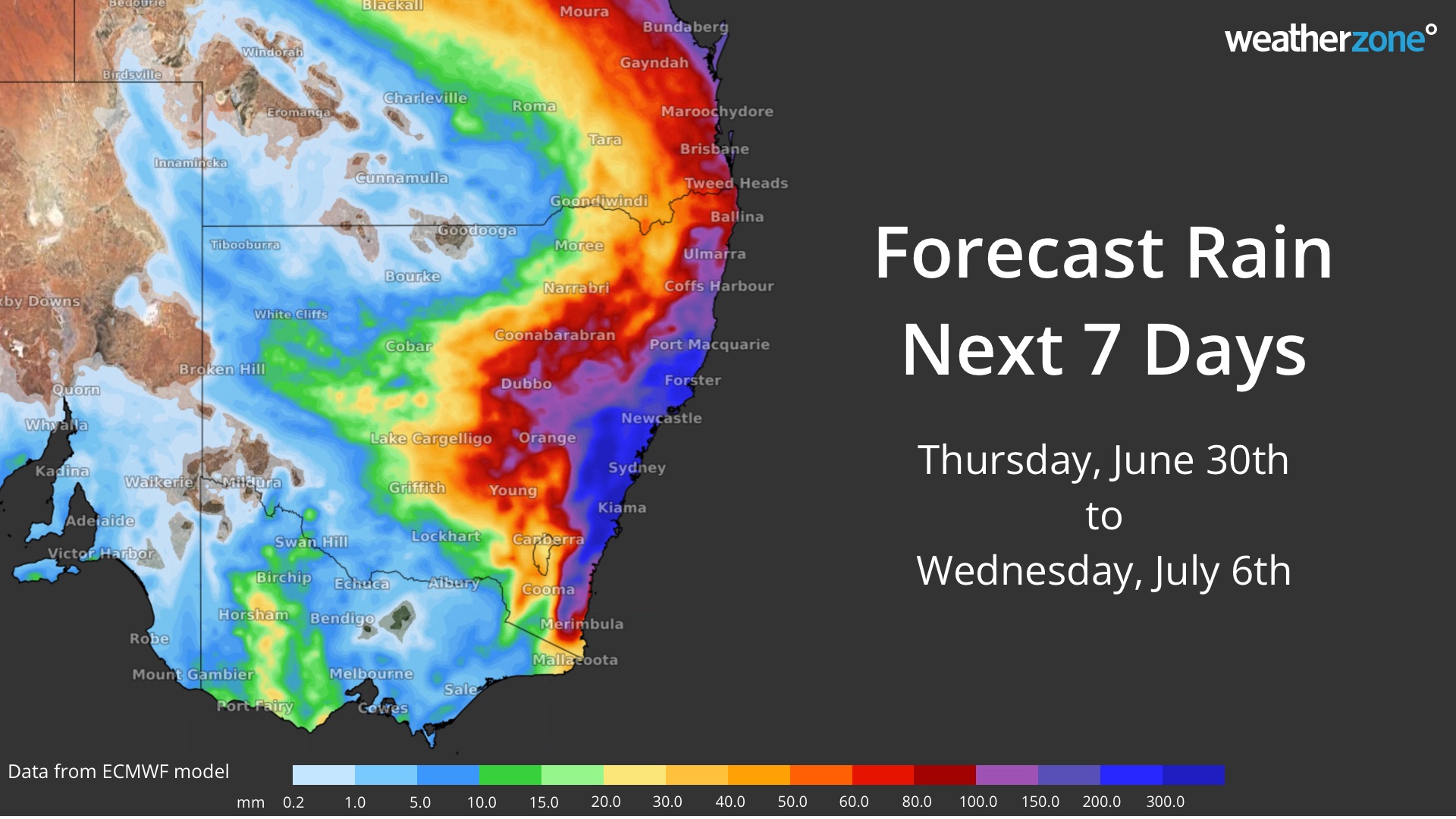 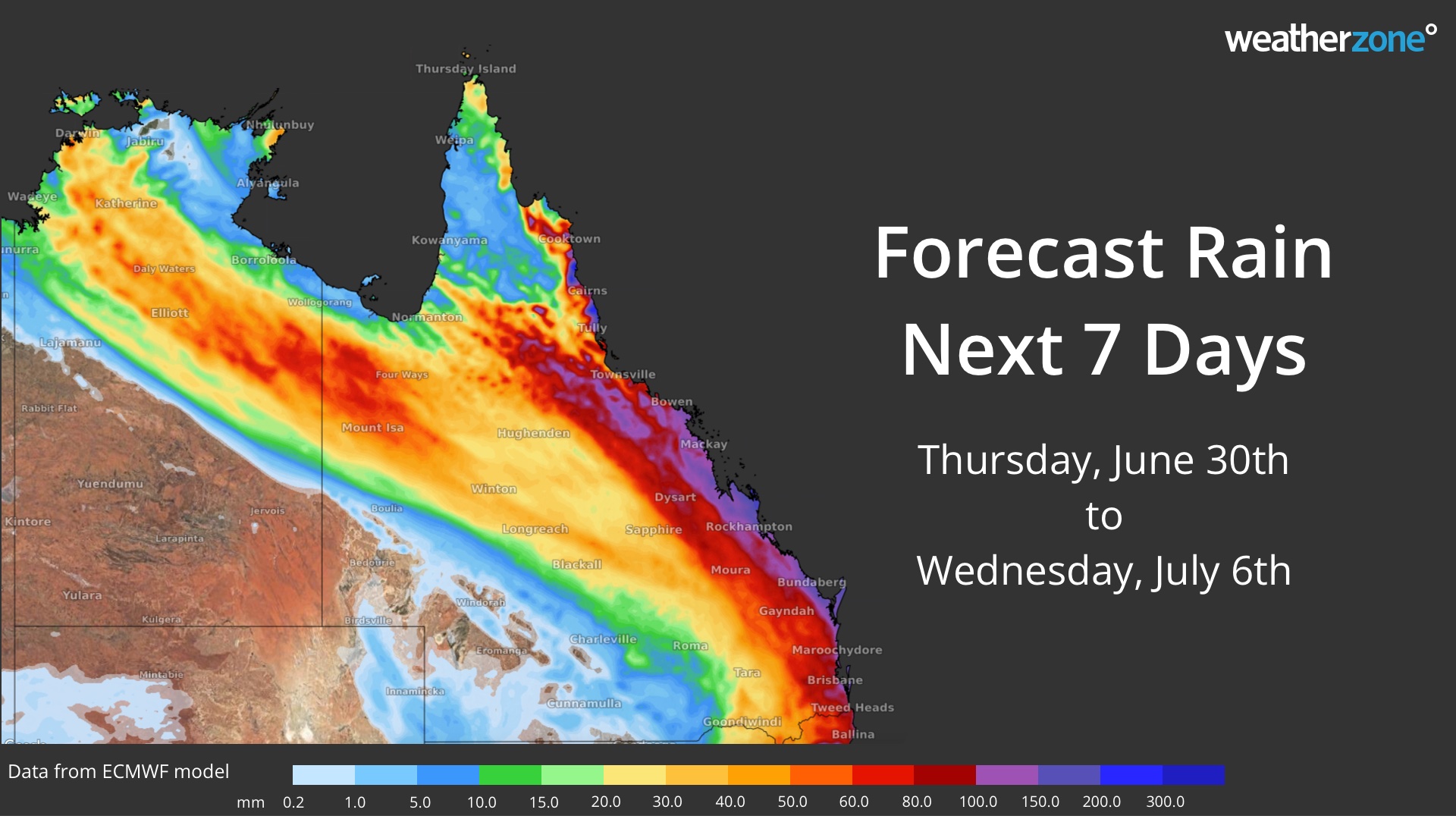 Image: Forecast accumulated rain during the next 7 days for NSW and QLD, according to the ECMWF-HRES model.

Accumulated totals in excess of 100mm are likely in some eastern districts of NSW and QLD from this weekend into early next week. Isolated multi-day totals of 200 to 300mm are possible, particularly near and to the south of any low pressure systems that develop close to the coast.

This is going to be a dynamic weather event and forecast rainfall totals are likely to shift around quite a lot in the coming days. Be sure to check the latest forecasts and warnings for the most up-to-date information.

A flood watch was issued on Thursday afternoon for catchments in central eastern NSW, between the Illawarra and Lower Mid North Coast. This includes Sydney, where Warragamba Dam is currently 97 percent full and minor to moderate flooding is possible this weekend, and major flooding is a risk early next week.

In addition to the rain, strong winds and dangerous surf may also develop in parts of eastern NSW between Sunday and the middle of next week. This may include periods of damaging winds and coastal erosion if low pressure systems develop near the coast. 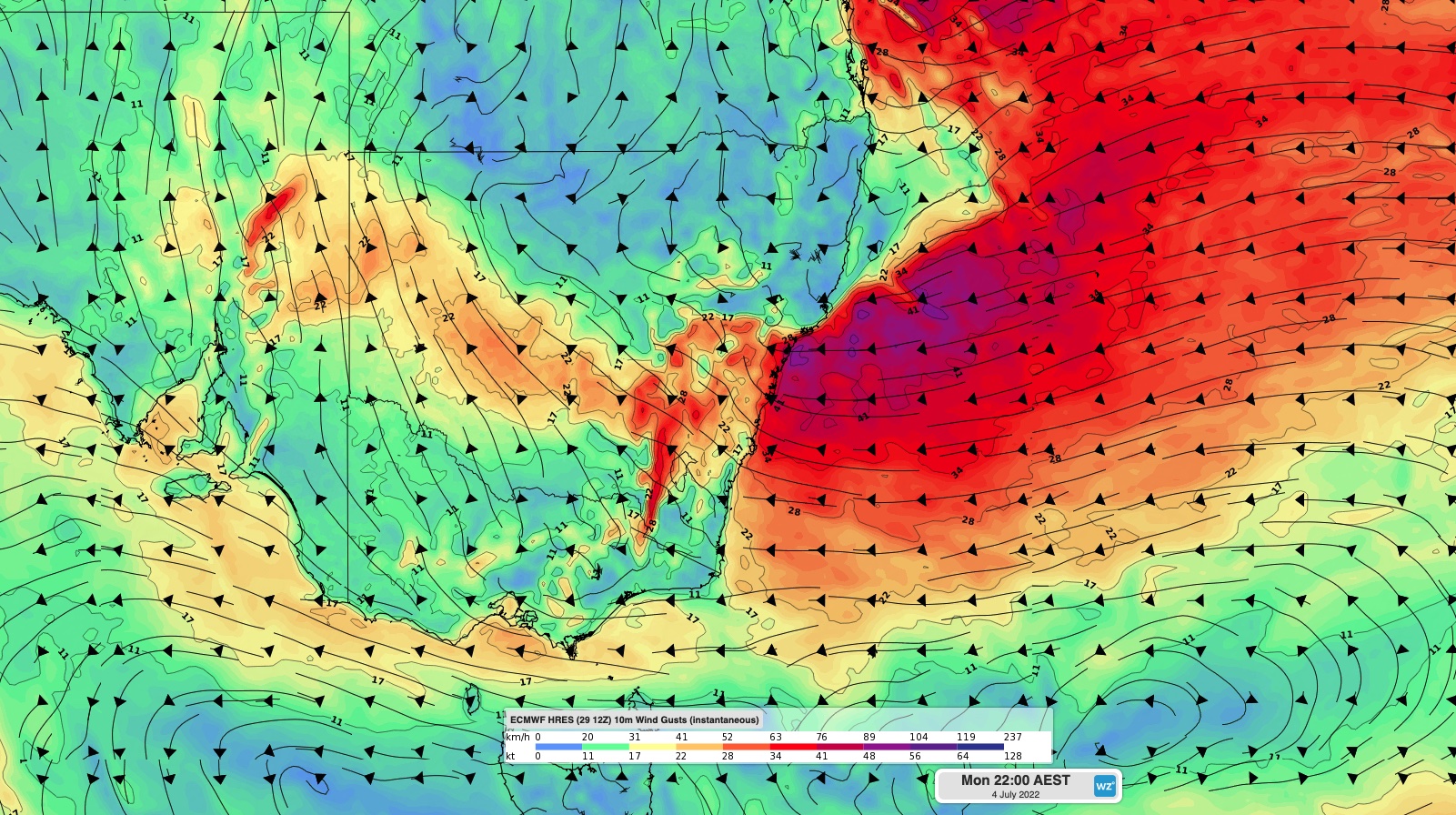 Image: Forecast wind gust speed and direction at 10pm AEST on Monday, July 4, according to the ECMWF-HRES model.