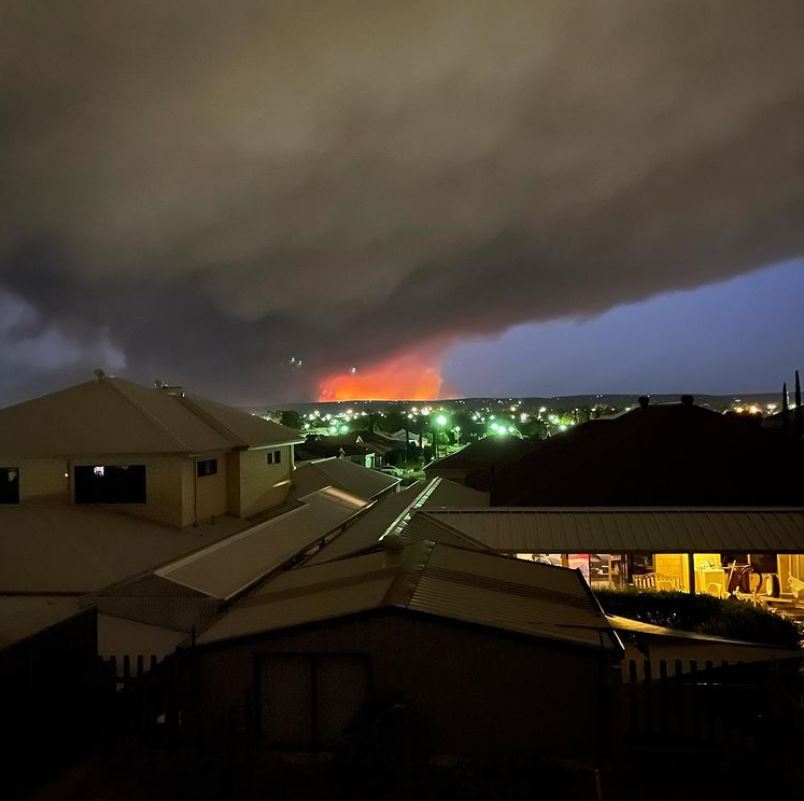 The area northeast of Perth has been devastated by bushfires which have so far claimed 71 homes.

Fortunately no lives have been lost, but the fires which started near the small town of Wooroloo (population 250) have now spread over 15 suburbs and burned more than 7300 hectares of land.

Smoke began streaming across the city on Monday, turning skies orange and hazy, and forcing residents to use their Covid masks for a second reason.

Not that the masks proved much use for some.

"The smoke was heavy in Morley," local resident Greg Burke told Weatherzone of the scene in his suburb, nine kilometres northeast of the CBD.

"More alarming were the burnt leaves floating down. There was a lot of ash in the air. My mask was no protection."

"Around 11am on Tuesday, I smelt heavy smoke. I was afraid of fire in the roof or that the smoke alarm would go off. I went out to check but there was no fire, just lots of haze. It was quite striking given how far away the fires actually were." Image: The fire at Wooroloo, viewed from Ellenbrook, about 30 km east. Source: @Tarayogaellenbrook on Instagram.

While the east coast of Australia has been relatively wet and cool in many places under the influence of a strong La Niña, the southwest of Western Australia has experienced a dry summer - even by local standards.

Perth has had just 4.6 mm of rain since the start of December, with just 0.2 mm of rain recorded so far in 2021, which is barely enough to wet the ground.

The Perth hills have also been extremely dry over summer, with mean maximum temperatures 0.5 degrees above average for January.

Under such conditions, the bushfire danger has been extreme. Sadly, some homes never stood a chance.

Bushfire damage is real and devastating. Out Australian bush is drying through prolonged dry spells and increasing temperatures. This is the personal impact overnight in Perth, my home destroyed #ClimateCrisis #bushfires #perthfires pic.twitter.com/S6r09S3mQn

There is ongoing danger for residents near the fireground in coming days, with a burst of southerly winds likely to push the fire in a northerly direction on Wednesday.

People in the Shady Hills Estate area need to keep up to date and enact their bushfire plan early. You can keep up to date with all emergency information at the Emergency WA website.

The good news for residents of the Perth Hills and the greater Perth metro area is that the first significant rain of the summer should arrive by the weekend, as a tropical low pressure system currently located off Carnarvon tracks south.