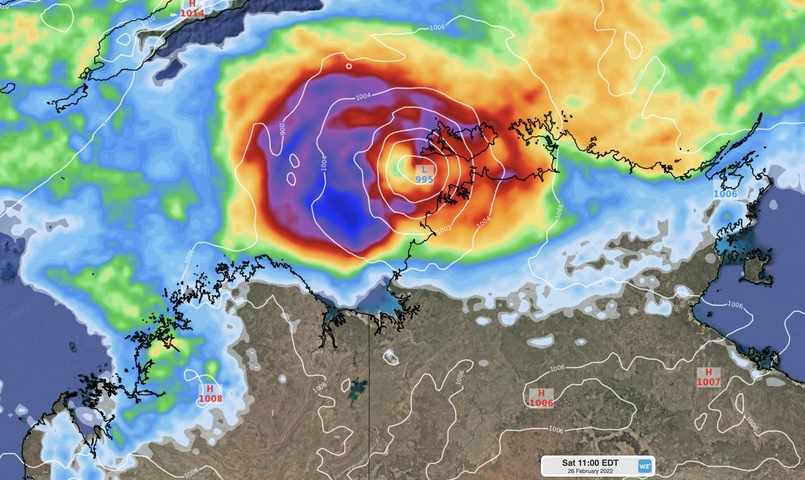 A tropical cyclone watch has been issued for Darwin as a low pressure system gains strength in the Timor Sea.

The satellite image below shows clouds building over the Timor Sea on Thursday, associated with a developing Tropical Low. 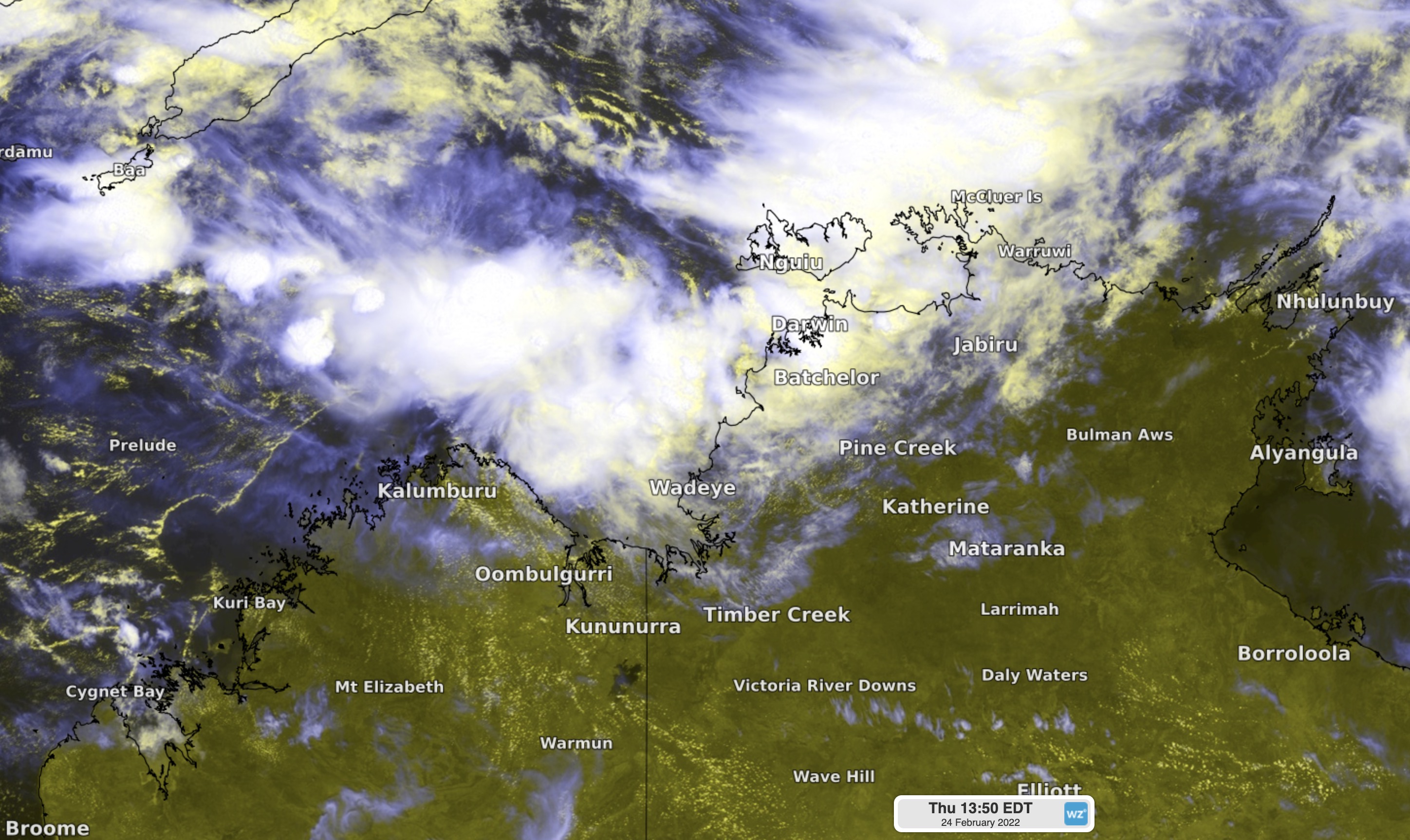 Image: Enhanced visible/infrared satellite image showing cloud building around a developing tropical low to the west of Darwin on Thursday.

Forecast models suggest that this low will gain strength over the next 48-72 hours and could start moving towards the western Top End from Friday.

At this stage, the low is expected to develop into a category one tropical cyclone on Friday and may become a category two cyclone over the weekend.

The initial track map issued by the Bureau of Meteorology suggests that tropical cyclone could move towards Darwin as it gains strength over the weekend. However, there is a high amount of uncertainty regarding the future movement of this system and it may track further south, towards WA's Kimberley coast. 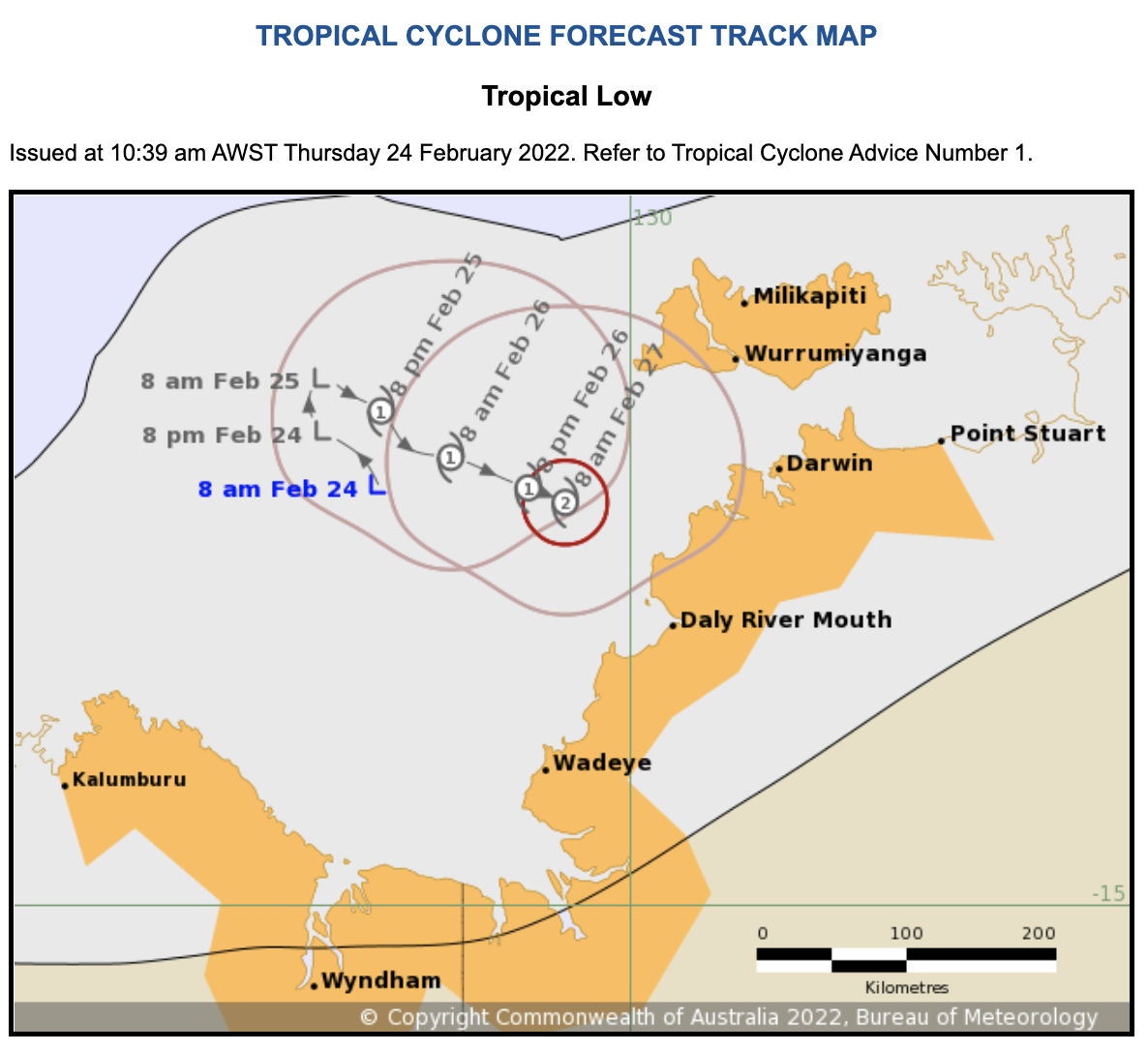 Image: The first tropical cyclone track map issued for this system by the Bureau of Meteorology.

A tropical cyclone watch has been issued between Point Stuart and Kalumburu, including Darwin.

You can find the latest tropical cyclone warnings here.