Coldest morning of the year in multiple cities 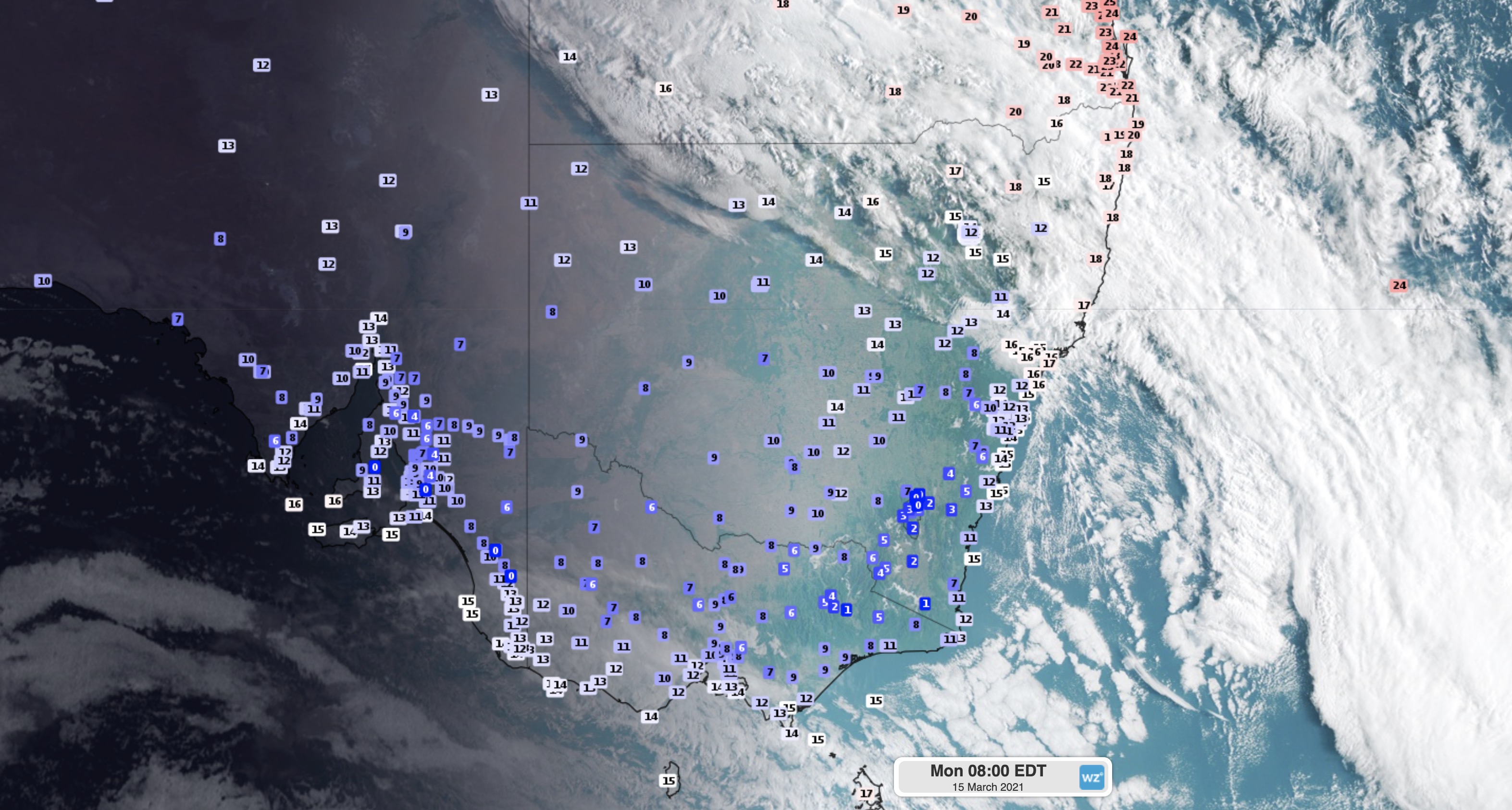 Melbourne, Sydney, Canberra and Adelaide all registered their lowest temperature so far this year on Monday morning.

Clear skies and light winds combined with a lingerie mass of cold air caused temperatures to plunge across southeastern Australia on Sunday night into Monday morning. For Melbourne, it was the first morning below 10ºC for the year and in Sydney and Canberra, this was the lowest temperature in five months. Impressively, this was also Sydney’s and Adelaide’s lowest temperature this early in the year for 27 years.

Monday morning’s lowest temperature at one of Australia’s official weather stations was minus 2.3ºC at Perisher Valley.