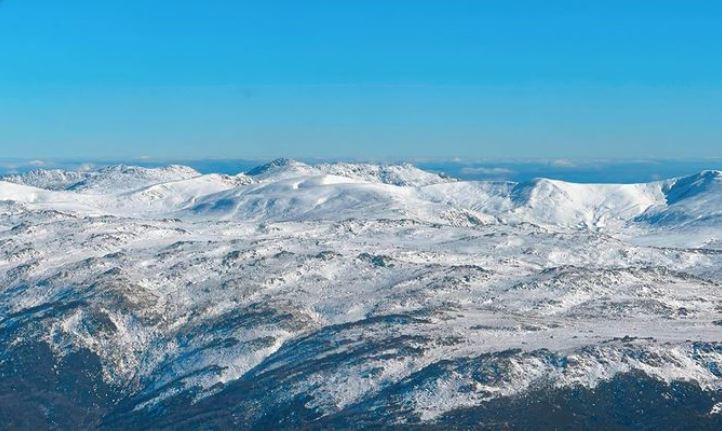 It got so cold, temperatures almost reached negative double-figures.

After a couple of cold outbreaks in Tasmania, Victoria and southeast NSW earlier this autumn, a large chunk of southeast Australia copped its strongest taste of winter yet over the weekend, with frigid overnight temps, low daytime maximums, and lots of snow in the mountains as two cold fronts whipped through. Image: The Main Range of the NSW Snowy Muntains looking somewhat resplendent after the storm. Source: @SnowyMountainsHelicopters on Instagram.

The snow was heaviest in Tasmania, where falls of up to 30 centimetres were reported in some places. Image: This bench in the Hartz Mountains of Tassie was out of action. Source: @grace.wherrett on Instagram.

The ski fields in NSW and Victoria also received falls of between 10 and 20 centimetres, and while most of this snow will likely melt before the official season opening on Saturday June 12, it provides a good base for resorts to start snowmaking, as happened this weekend.

Good morning from #FallsCreek! Another top up of #snow overnight to add to the snowmaking â˜ƒï¸� check out the #views in the village this morning! ðŸ˜�â�„ï¸� #snowing #winterwonderland pic.twitter.com/0XpMFIPMNM

What made this weekend cold snap remarkable was both its duration, and some of the extreme temps for the month of May. Image: It was cold enough for Thredbo's snowmaking guns to crank into action even as the morning sun rose high. Source: Thredbo. The week ahead looks a lot better for almost all of Australia.

Perth appears set for a showery couple of days on Monday and Tuesday, but the rest of the country looks to be mostly dry, as is typical with the large high pressure systems that often follow southwesterly frontal systems.

Nights will remain cool to cold across the country. And save a thought for the brave citizens of Darwin, who just suffered through their second sub 20-degree night of the year, with a min of just 18.7°C on Monday morning.