Cold front dumps snow and rain across the southeast 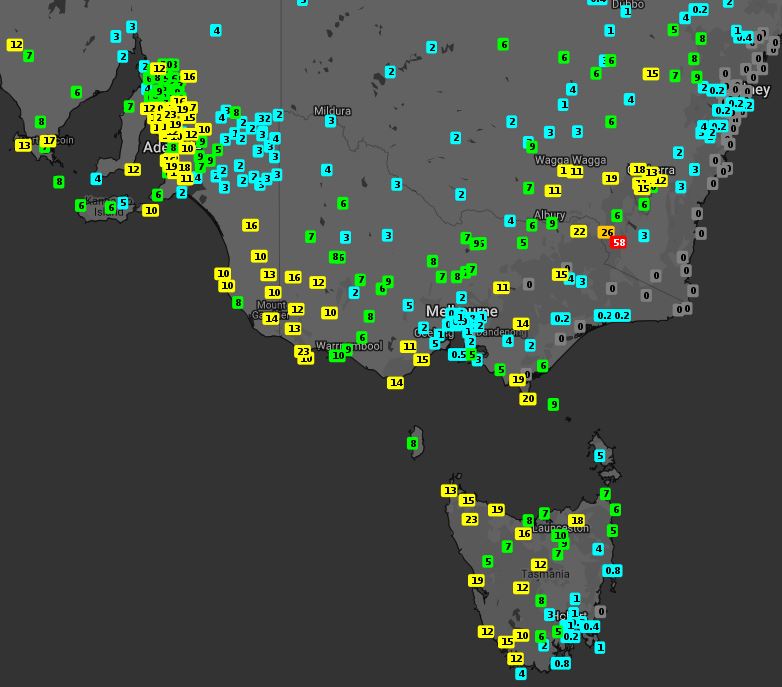 A vigorous cold front has swept across the nations southeast in recent days bringing rain, snow and gusty winds across multiple states and territories.

On Saturday, the front brought rainfall totals of 10-20mm to a significant area across the southeast. The highest concentration of these totals was around southeast South Australia, southern Victoria, elevated parts of southern New South Wales and western Tasmania. Image: 24 hour rainfall totals to 9am Sunday over southeast Australia.

The cold front brought a frigid airmass with it that has already brought snow to low levels including in Tasmania (300 metres), Victoria (600 meters) and New South Wales (700 metres in the south). Snow is even a chance above 1200 metres in northern New South Wales on Sunday. The front also delivered plenty of fresh snow to the snow resorts, with New South Wales resorts reporting 45cm on Sunday morning and 20-30cm over the Victorian peaks.

Winds gusted above 100km/h in South Australia, Victoria, New South Wales and Tasmania this weekend. The highest gust was in South Australia were Neptune Island recorded a gust of 135km/h on Saturday afternoon. Not far behind was Maatsuyker Island off Tasmania, reaching 130km/h.

The front responsible for the wild weather is now moving away from the mainland however winds will continue to be gusty today. Showers will persist but will be more isolated.