Coffs Harbour still an icy mess 16 hours after the hailstorm 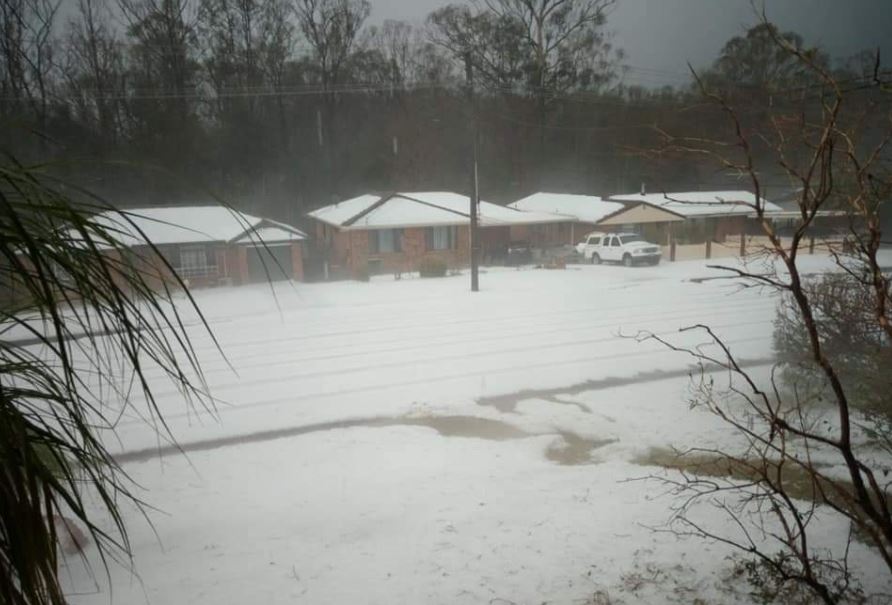 So much hail fell in the storm that lashed the Coffs Harbour area around 2 pm on Wednesday that by dawn on Thursday, the ground was still covered in an icy coating in many suburbs of the regional city of 72,000 residents.

The clean up continues today with local and out of area NSW SES crews as well as assistance from our partner agencies. #stormseason pic.twitter.com/xcsSP8cBDL

It has been quite the week of storms in eastern Australia, especially when it comes to hail.

On Tuesday, the largest hailstones ever recorded in Australia (16 cm in diameter) struck just north of the Queensland city of Mackay during a supercell thunderstorm.

Then on Wednesday, a supercell thunderstorm with smaller, mostly golf ball to marble-sized hail, struck the Coffs region, centred in Toormina in the city's south.

This storm was notable not so much for the large size of the hail, but for its sheer volume and depth. The region received around 70 mm of precipitation between noon Wednesday and 9 am Thursday and it's fair to say that much of that would have fallen in frozen form.

Wow - a some serious hail just south of Coffs Harbour this afternoon. Hope anybody with horses up that way didn’t have any casualties. The photo below was taken on Toormina Road. Hail about 40cm deep @coffs_racing pic.twitter.com/x8Gp7SdqzQ

Today is a day of clean-up in the region, after more than 800 calls were placed to emergency services. Some schools and shopping centres remain closed, with many roofs severely damaged from the sheer weight of hail. Image: Toormina on the NSW North Coast looked more like Thredbo (albeit with hail, not snow) on Wednesday afternoon. The hail was so deep, it still hadn't fully melted on Thursday morning. Source: Denise Hudacek

Meanwhile Coffs Harbour can expect showers today, with the chance of another storm. The maximum temp should reach just 21°C, which is cool for this time of year.

Wednesday's maximum was also cool at just 20.9°C. Indeed temps dipped as low as 12.1°C during the full fury of the storm.