Canberra's coldest morning of the year Canberra just shivered through its coldest morning in eight months and more frosty nights are on the way for the nation's capital city.

Cold air has been driven across southeastern Australia over the last few days by a series of cold fronts and an associated low pressure system. The satellite image below shows this cold air producing a broad field of speckled clouds over the Tasman Sea on Thursday morning. 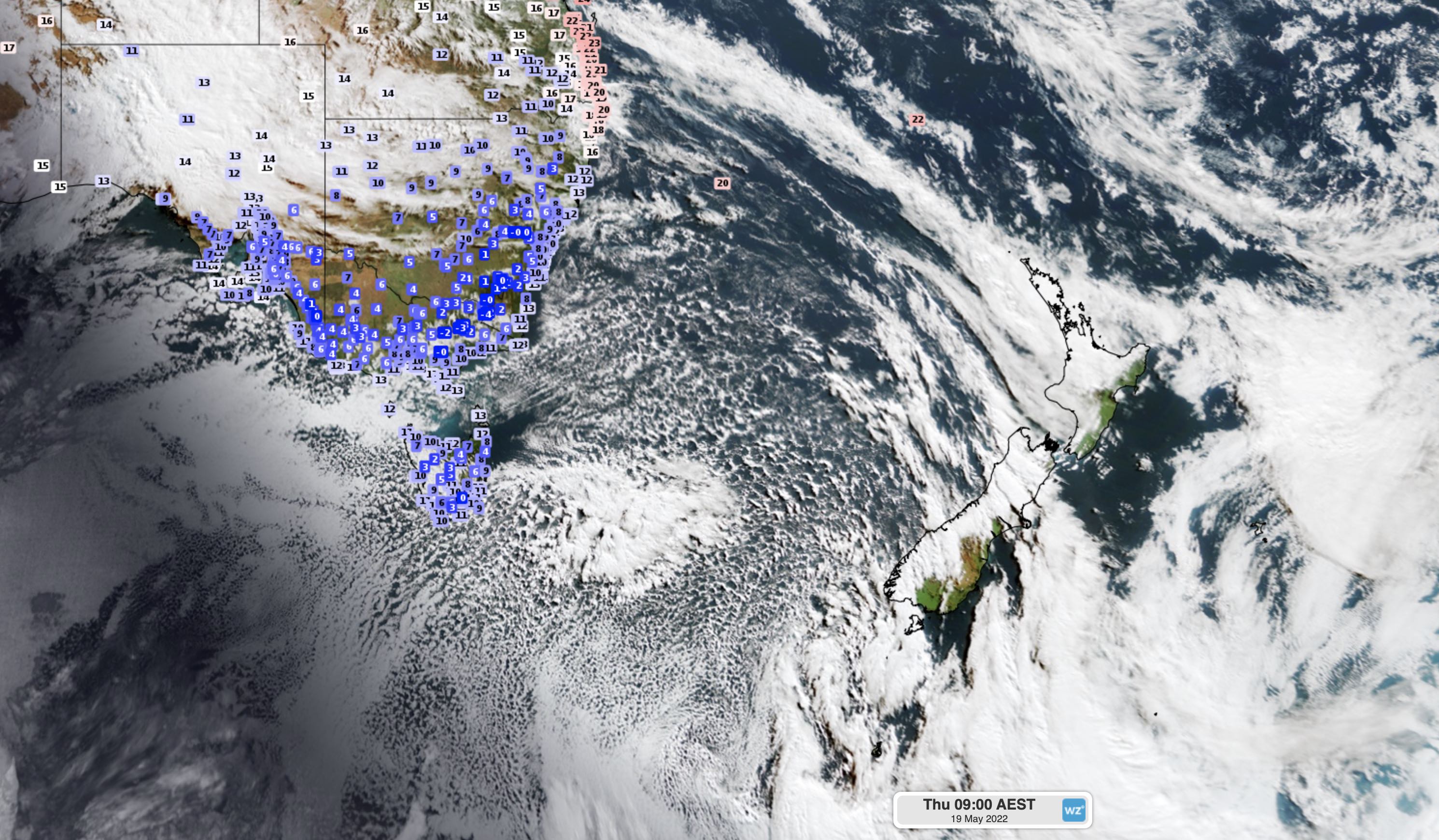 Image: Himiwari-8 satellite image and surface air temperature observations at 9am AEST on Thursday, May 19.

This lingering cold air mass combined with clear skies and light winds over the ACT on Wednesday night, causing the air temperature near the ground to plummet.

Canberra’s minimum of -2.9ºC on Thursday morning was 6ºC below average for May and the city’s lowest temperature since September last year.

Sunshine will gradually warm Canberra up to about 15ºC on Thursday afternoon, before temperatures take a dive again tonight, likely reaching a low of around 1ºC on Friday morning. This pattern of minimums reaching close to zero and maximums hitting the mid-teens will continue through the weekend as a high pressure ridge lingers over the ACT.