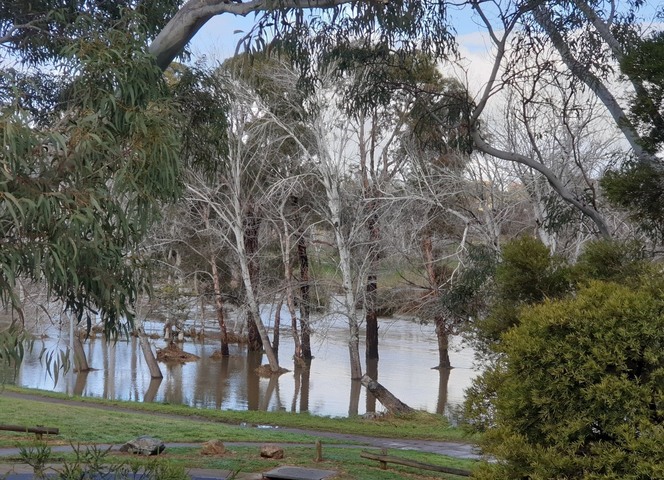 A thick northwest cloudband just delivered more than a month’s worth of rain in less than two days across parts of the ACT.

The satellite image below shows the northwest cloud band sitting over the ACT and NSW Thursday afternoon. 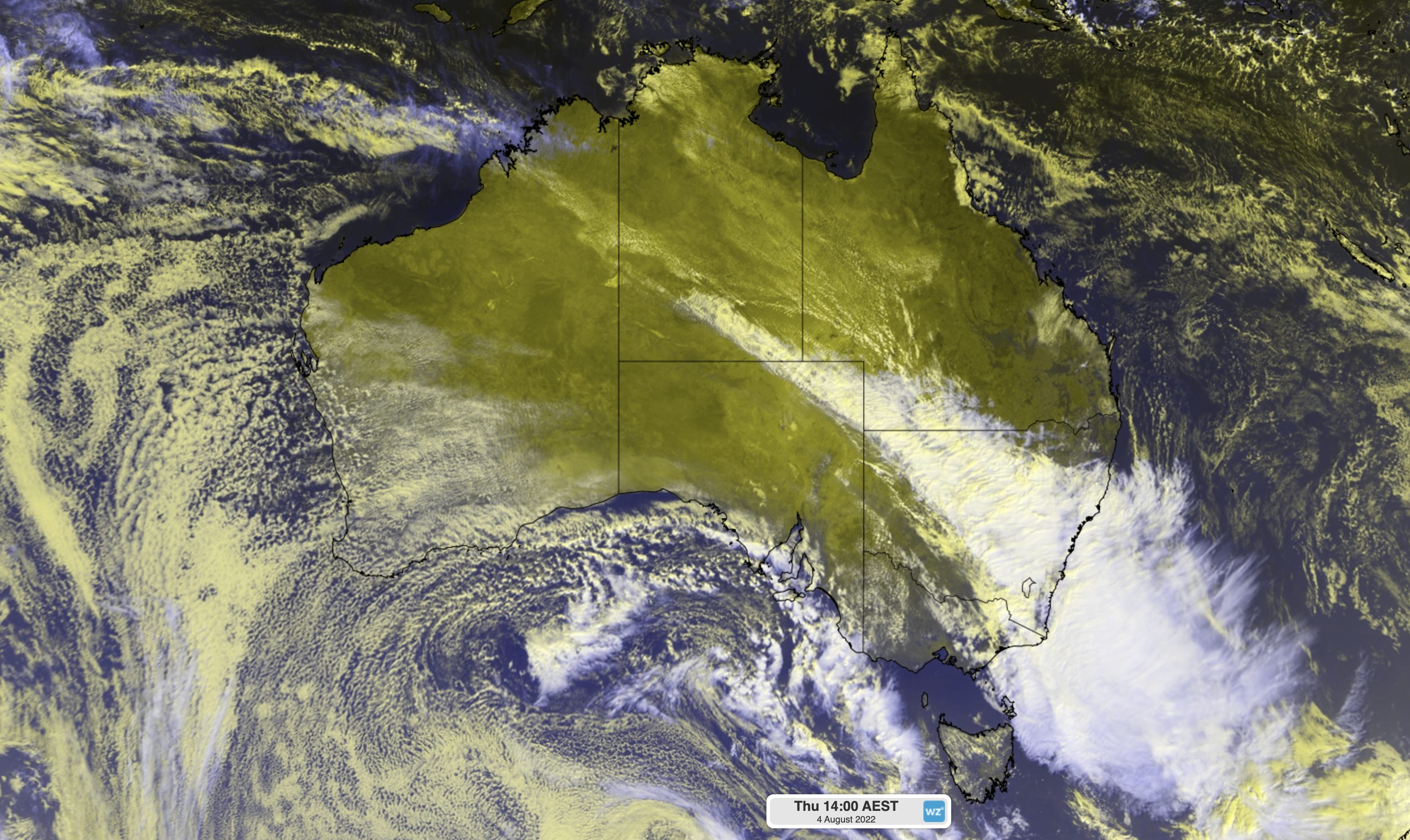 Fuelled by tropical moisture from the Indian Ocean, this cloudband caused widespread and heavy rain over the ACT during the last couple of days.

Canberra’s 43.8 mm of rain during the 24 hours to 9am on Friday was its wettest August day since 1974. This brought the city’s two-day total up to 67.2 mm, which is well above its long-term monthly average of 46 mm.

Elsewhere in the ACT, Ginninderra collected 72 mm and Watson picked up 69 mm during the 24 hours ending at 9am Friday.

Thursday’s downpour inundated waterways in the ACT and caused some localised flooding in and around Canberra as water overflowed onto the landscape. 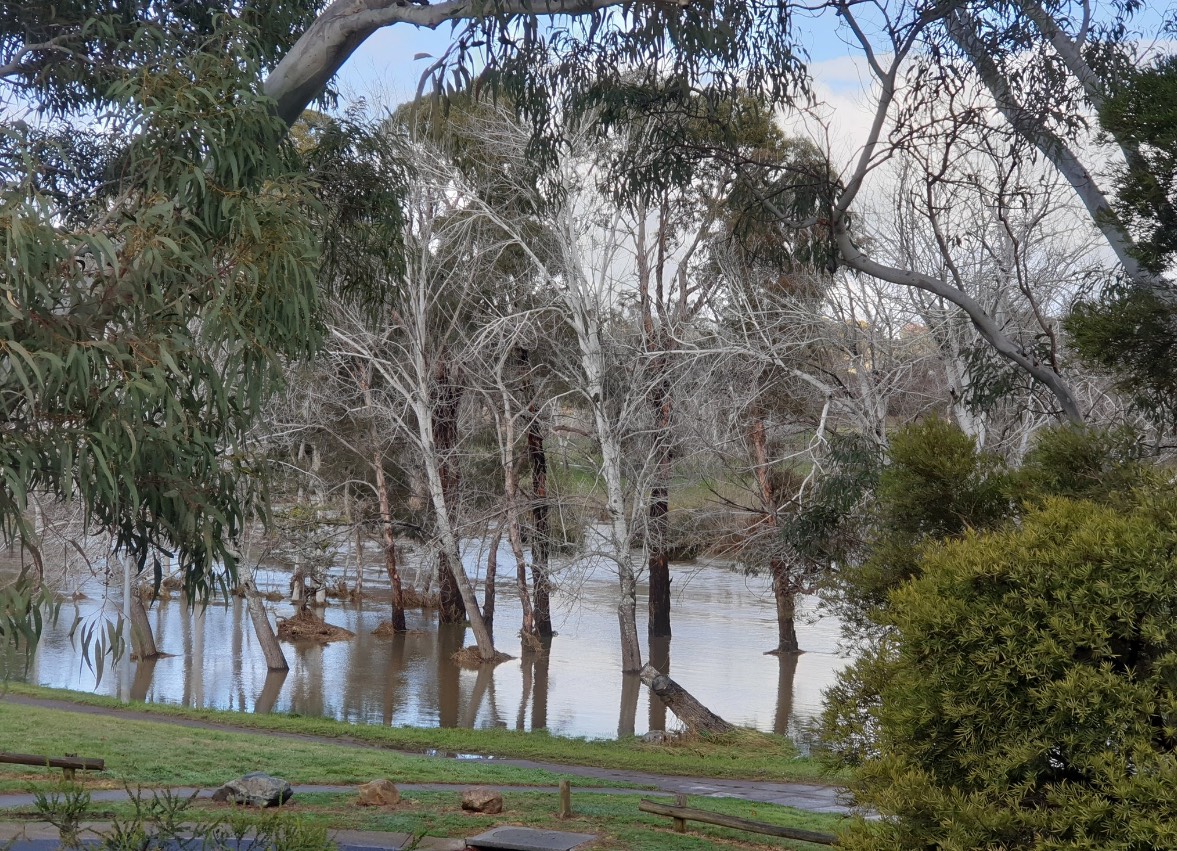 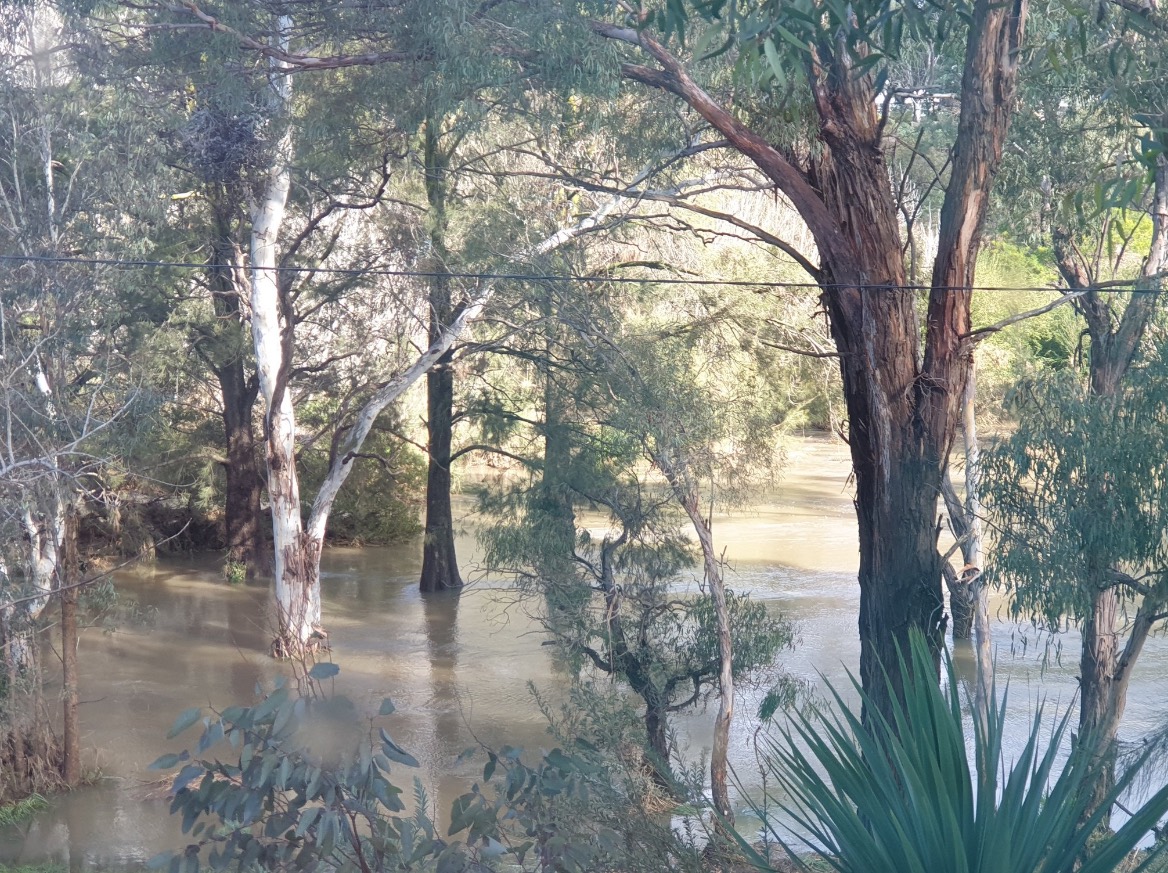 Images: A swollen Lake Macgregor in the ACT on Friday morning. While the heaviest rain has passed, some of paths surrounding the lake were still underwater early on Friday Source: Supplied

While the rain has now cleared from the ACT, a severe weather warning remained in place on Friday morning for damaging winds in parts of the ACT and southern NSW. This was thanks to a complex low pressure system located near Tasmania.

Soft soil in the wake of this week’s rain increases the risk of Friday’s winds bringing down trees and power lines.

You can find the latest weather and flood warnings here.