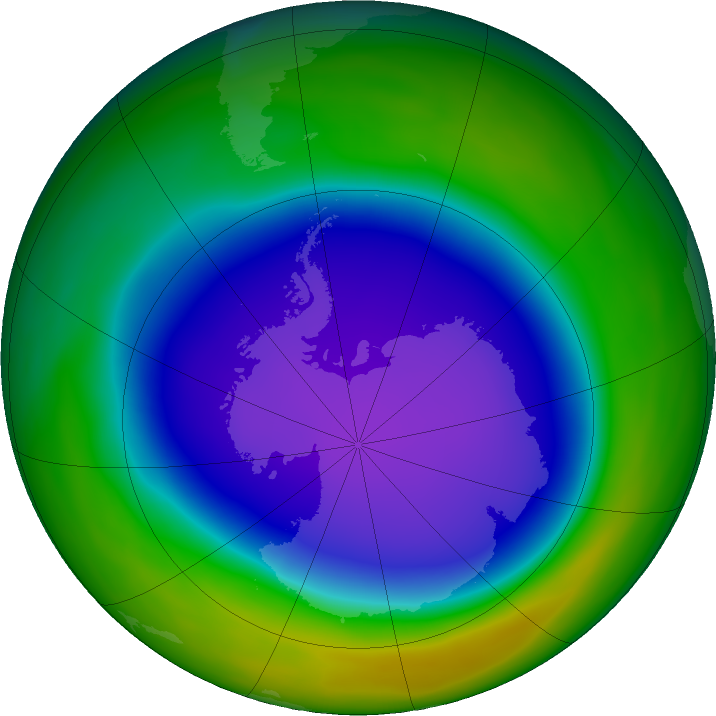 A weather station located at the South Pole just recorded its coldest April-to-September period in records dating back to 1957.

According to the National Snow and Ice Data Centre (NSIDC), the average temperature at the U.S. Amundsen-Scott South Pole Station between April and September was minus 60.9ºC.

This was the station's lowest temperature on record for this six-month period, with records dating back more than 60 years.

It was also the station's second coldest winter (June, July and August) on record, with an average seasonal temperature of minus 62.9ºC. This is 3.4ºC below the long-term average (1881-2010) for winter. The final day of September also saw Vostok Station register a minimum temperature of minus 79.4ºC. While this is almost as cold as it can get in Antarctica at this time of year, its well above the world record of minus 89.6ºC set at Vostok in July 1983.

Exceptional cold in the Antarctic Plateau. The Russian Base of Vostok on 30 September dropped to a min. temperature of -79.4C, which is only 0.6C above the world lowest temperature ever recorded in October (recorded at the former Plateau Station, also in Antarctica). pic.twitter.com/6WearaFUBS

But while there has been record-challenging cold weather over the Antarctic during the middle of this year, Australia's coastal research stations were warmer.

Casey Station, which is the closest permanent Antarctic station to Australia, had a mean temperature of minus 14ºC between April and September. This is 0.1ºC above average and colder than the previous year, but warmer than 2019. Looking at just June, July and August, Casey station had its warmest winter in 12 years.

Central Antarctica's frigid winter was also a stark contrast to the global average temperature. According to the National Oceanic and Atmospheric Administration, the June-to-August global mean surface temperature was 0.9ºC above the 20th century average, and the fourth warmest June-August in records dating back to 1880. So, how was central Antarctica so cold through the middle of this year while the rest of the world was, on average, exceptionally warm?

According to the NSIDC, a strong polar vortex helped lock cold air above Antarctica and prevented it from spilling out across the Southern Ocean.

The strong vortex is also linked to an abnormally large ozone hole above Antarctica this year. Data from NASA shows that the ozone hole's size is currently ranked in the top 10 percent of historical records for this time of year. This year's frigid winter and large ozone hole above the South Pole show how natural variability between seasons and years can mask the background changes being observed in our climate system.

For example, despite this year's unusually large ozone hole, the ozone layer is still on a path of recovery thanks to the Montreal Protocol, which regulates the use of ozone-depleting substances across the world.

The latest official assessment of the ozone layer, which was released in 2018, predicts that ozone values above Antarctica should return to pre-1980 levels by around 2060. The nest assessment report is scheduled to come out next year.